On 16 July 2019, the European Parliament elected Ursula von der Leyen president of the European Commission by a narrow majority of nine votes. To be elected, von der Leyen had to make numerous concessions to the Socialists and Liberals—and to the Greens, even though they had announced they would not support her in the vote. This document recommends areas where action by the new Commission would be considered beneficial from a centre–right perspective. It does so selectively, without addressing all the possible areas of initiative. The recommendations are designed to highlight general areas of action, give a sense of direction and offer ideas, as opposed to prescribing specific measures. Thus, the authors intend this to be a discussion paper that contributes to the public debate on the priorities of the next Commission. 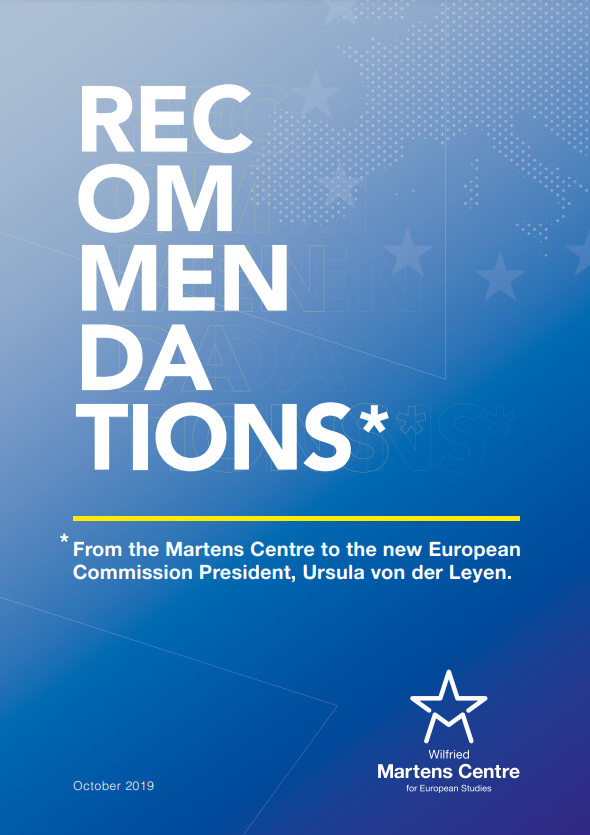