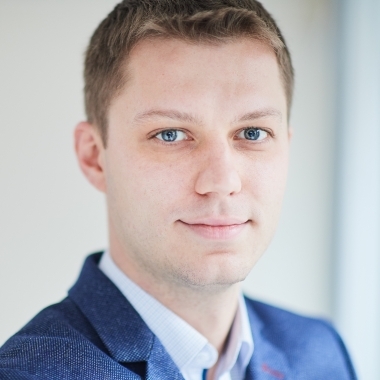 Dimitar Lilkov joined the Martens Centre in November 2017. His previous professional résumé features the EU Committee of the Regions and the European Parliament, where between 2014-2017 he acted as Head of the Bulgarian office of an EPP Group MEP. Previously, he has been engaged in initiatives focused on the implementation of European projects for interregional cooperation and innovation as a project assistant at the Sofia Development Association. Dimitar Lilkov is also co-founder of a non-profit organisation devoted to civil society initiatives, as well as providing research and analysis on key EU policies.

Dimitar has a Master`s Degree in Politics and Government in the EU from the London School of Economics and holds a BA in International Relations from Sofia University in Bulgaria. Currently, he is pursuing a PhD at the European studies department of Sofia University with a specific research focus on the decision-making dynamics within the Council of the EU.

At the Wilfried Martens Centre, Dimitar is a Research Officer for Economic Affairs and Digital Economy, Energy and Environment. He is also passionate about social change and behavioural economics. In addition to his native Bulgarian, Dimitar is fluent in English and has an intermediate knowledge of German and French.