The 17+1 Mechanism: Something Doesn’t Add Up

Re-Evaluating Cooperation Between China and Central and Eastern European Countries

In 2012 the ‘16+1’ initiative was officially launched with the aim of formalising a cooperation mechanism between Central and Eastern Europe (CEE) and China. The goal of the partnership is to promote cooperation in infrastructure projects, trade, investment, and tourism, which would be beneficial to both sides. The launch came about in the aftermath of the 2008 financial crisis and the subsequent economic downturn in Europe, which brought rising unemployment in a number of EU countries and put severe strains on national budgets. China saw this as an opportunity to step up and engage with both EU and non-EU countries in order to increase its presence and open up additional export avenues. In 2019 Greece officially joined the initiative, which has since been dubbed the ‘17+1’. China’s efforts were strategic as this framework set the scene for Beijing to expand its Belt and Road Initiative (BRI) onto European soil. In essence, the 17+1 mechanism should be seen as an effective conduit between CEE countries and BRI projects. 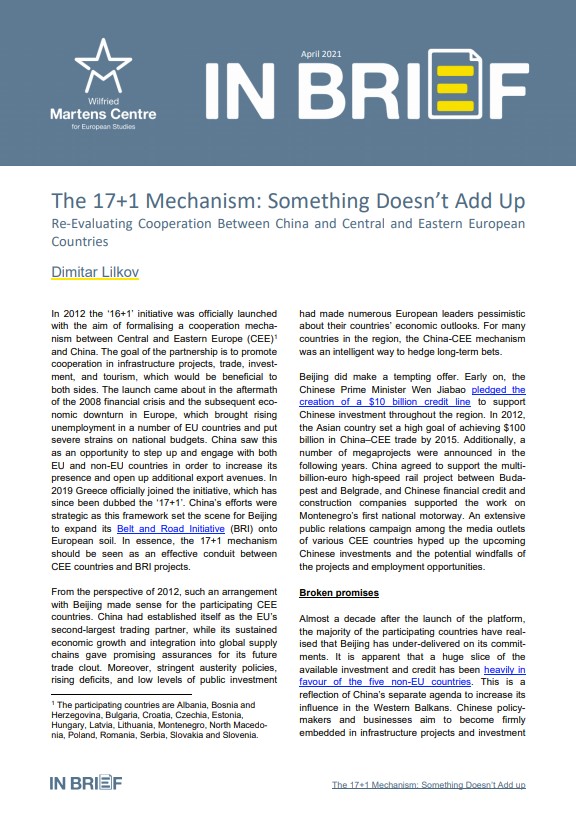