Immigration and Integration in the European Union

Immigration into the EU and the integration of those who have immigrated constitute two multifaceted and highly complex policy areas. These topics feature prominently in current political debates, which have been taking place at all levels within European society and government. These debates have also been held within the centre-right European People’s Party (EPP) and are playing a prominent role in many election campaigns. There has been a need to illuminate the ongoing debate on immigration and integration, inform national and European policies, and highlight areas of EU-wide importance. The Centre for European Studies (CES), the political foundation of the EPP and its member foundations, has therefore created the book “Opening the Door? Immigration and Integration in the European Union”, which was published in January 2012. Written by 24 academics and policy experts, this book covers 13 EU countries and one region, as well as the EU itself. Most of the authors of these country and region chapters were appointed by CES member foundations; the remaining authors were appointed by the CES. The authors and their appointing foundations are listed in the Appendix. This Policy Brief is entirely based on this book. It consists of two parts, Analysis and Policy Recommendations. 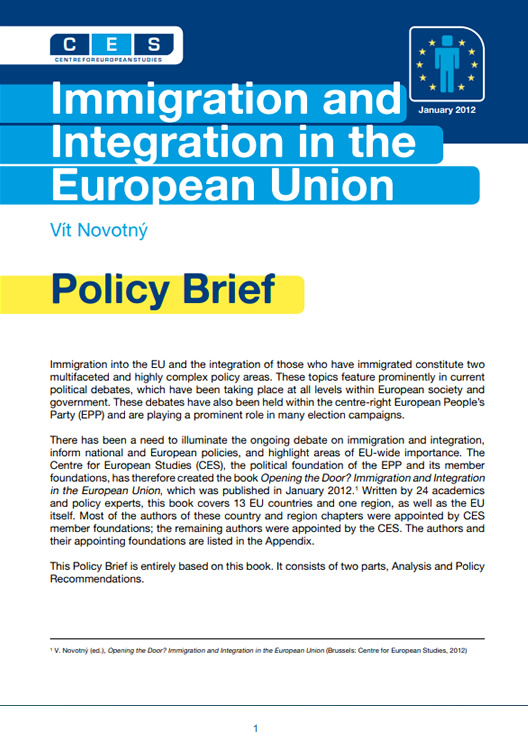