East Versus West: Is There Such a Thing as a European Society?

The East-West divide in the EU has recently received much attention. While certain national leaders on both sides have tried to capitalise on it politically, data on the attitudes of the general public in the two subregions convey a more complex picture.

This paper analyses European polling data on people’s attitudes regarding several key societal questions. It concludes that the opinions of Western and Eastern European populations are in fact converging on key societal issues, and that EU policies should reflect this growing consensus. 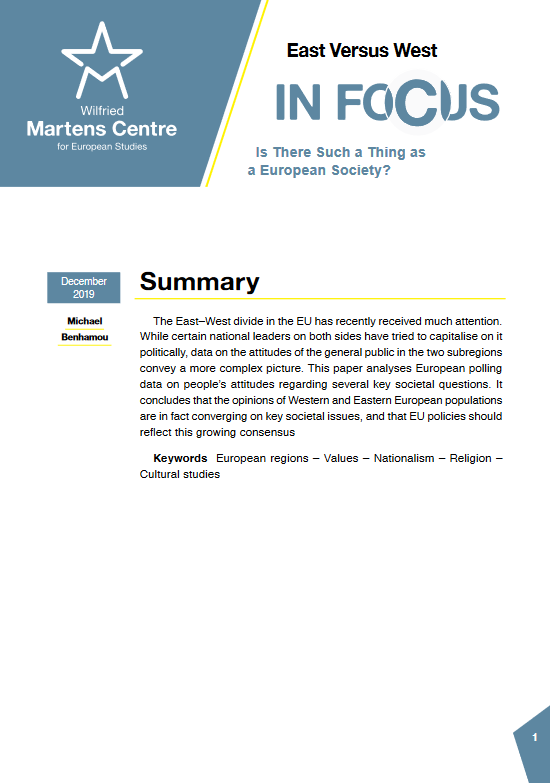