Decarbonising the Economy of North Macedonia

The war in Ukraine changed the geostrategic influence on the energy markets in the world, manifested mainly through the changes in the price of energy fuels and electricity and took toll of the low-carbon transition plans. Soaring energy prices have prompted governments to rethink their energy policies. Many countries – including North Macedonia – are considering ramping up fossil fuels as part of their response, but increasing fossil fuels would put the 1.5 degrees Celsius target beyond reach.

Since October 2021, North Macedonia, forced by the sharp incline of the energy prices on the market delayed the closure of the coal-based power plants to support the energy security of the country. The energy crisis forced the North Macedonia’s Government to provide budgetary support to the energy companies, amounting 760.2 million euros so far.

A systematic literature review has been undertaken, followed by an in-depth analysis to ascertain the extent to which the new global energy paradigm will influence the main strategic energy-related objectives of the country. The results show deviation from the decarbonisation path and the planned measures, as well as possible changes in the investment cost scenarios. Based on this analysis, three key policy recommendations are provided to get back on the decarbonisation pathway.

The current unprecedented energy crises in Europe may be the main driver for the devaluation of the national economies, resulting with economic inflations. However, it presents a possibility for investment in renewable technologies and especially energy efficiency, therefore contributing to a sustainable green transition for North Macedonia. 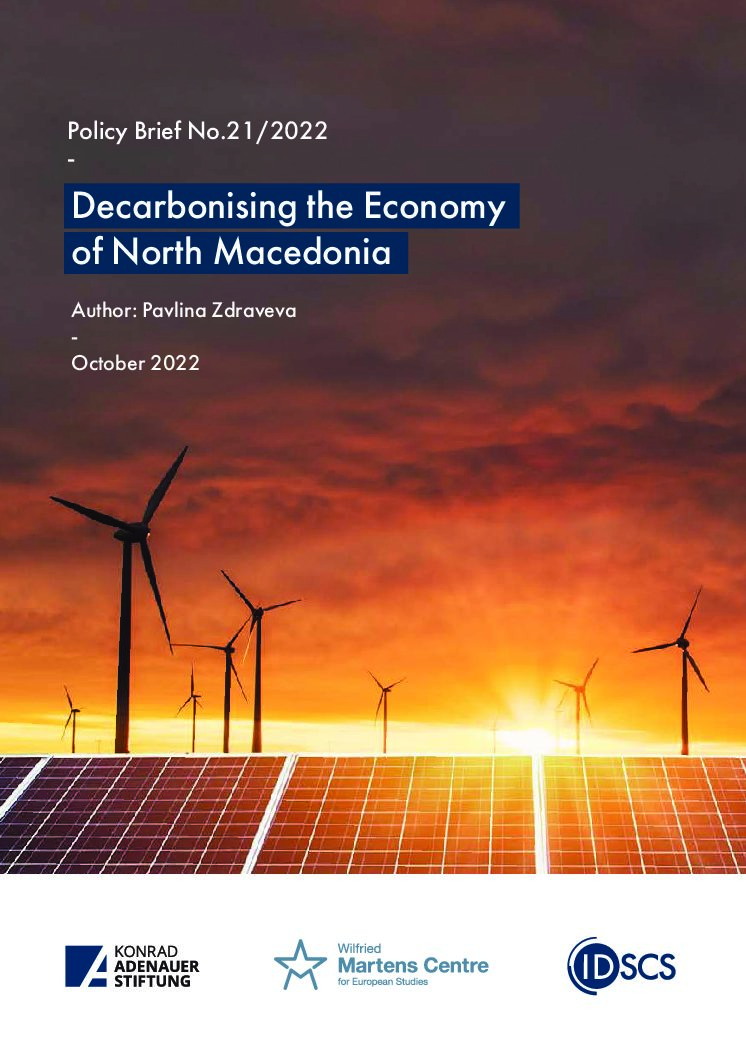