Caught in the Act: Proof of Russian Military Intervention in Ukraine

Many Western politicians have drawn attention to the presence of Russian military equipment in the Donbass. NATO has released several satellite images depicting suspicious movements of the Russian army (RA) near the Ukrainian border and of border crossings of military equipment.

All of this is further confirmed by evidence that military equipment used only by the Russian Armed Forces is now in the hands of separatists and by developments in the battlefield, especially the surprising separatist counteroffensive at the beginning of August and September 2014.

In  spite  of  the  factual  evidence,  some  European  media  consider  the question of Russian intervention to be simply a matter of opinion. They approach the issue from this perspective, apparently in order to maintain as much objectivity as possible. This uncertainty on the part of the media is supported by public figures who reject the idea that Russia is involved in the conflict.

The end result of all this is that views on the issue are considered to be nothing more than personal opinions. The contradictions between the facts on the ground and media reporting prevent parts of European society from understanding what is happening in Ukraine.

As we see it, the situation in Ukraine must not be perceived as a matter of opinion. The public has a right to true and clear information and this is our contribution to providing it.

Using publicly available information, the paper provides irrefutable evidence that Russia has provided weapons to Ukrainian separatists and intervened in Ukraine. It is the presence of T-72B3 tanks, in particular, that proves beyond all doubt that the Russian military has intervened in Ukraine. 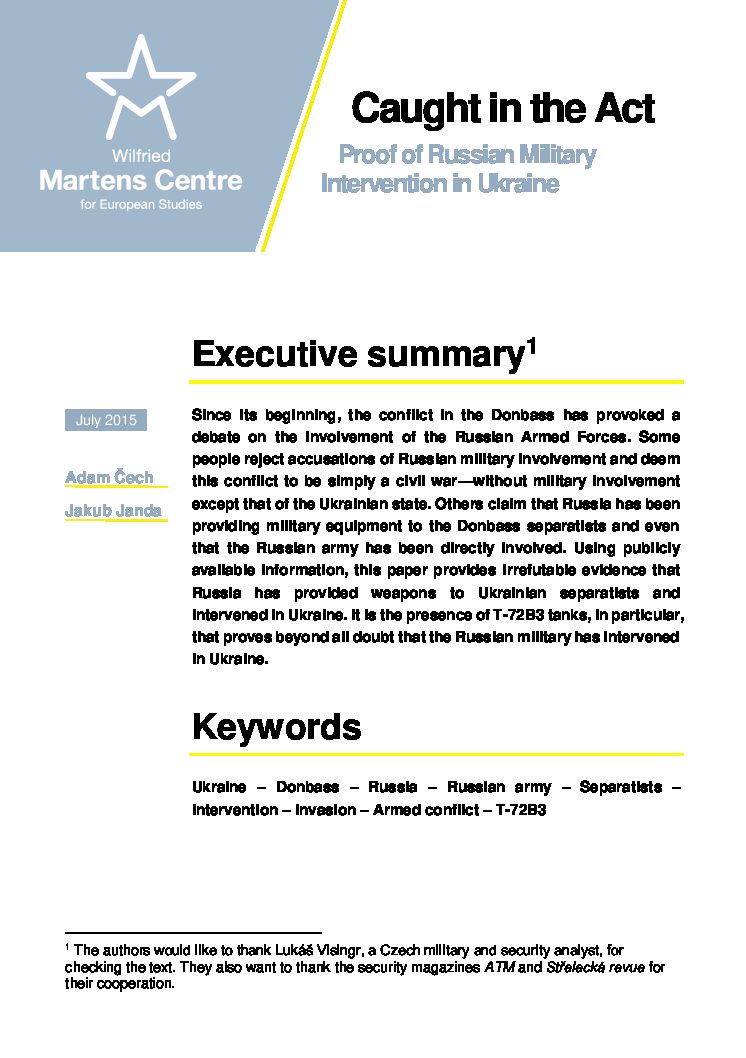