Israel’s Security and Political Challenges Under the New Government

On 12 June 2021, Naftali Bennett, leader of Israel’s New Right party, was sworn in as Prime Minister as part of a rotation agreement with Yair Lapid’s Yesh Atid party. The unprecedented coalition holds only a wafer-thin majority and brings together political parties with vast ideological differences, including for the first time an Arab party.

The Biden Administration proposed to host Prime Minister Bennett at the White House later this month, where the security and political situation in Israel and the wider Middle East region will be at the top of the agenda.

This event, organised by WMCES and AJC, will analyse how this new government will address some of the domestic challenges Israel faces, such as the relationship between Arab and Jewish communities, as well as the secular and religious divide, and examine how the Bennett-Lapid government will manage foreign and security issues, such as the Israeli-Palestinian conflict, its ongoing shadow war with Iran, its relations with Russia and China, but also with its Western allies-the US and the EU. 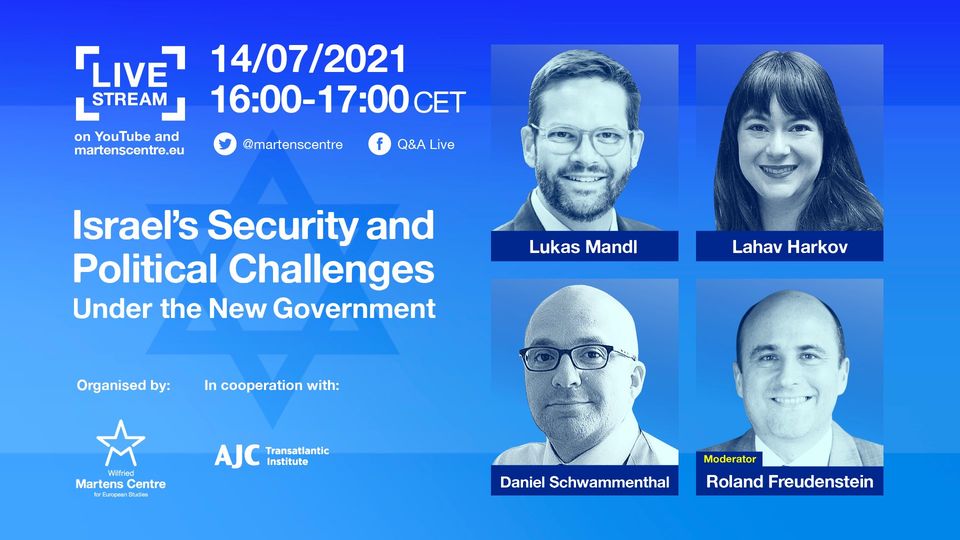