Online Event ‘The Perils of Revisionism: Security Threats in the Eastern Mediterranean ‘

After a couple of months of a tense standoff in the Eastern Mediterranean between Greece and Turkey, it seems that the situation is cooling off, with the ’Oruc Reis’ research vessel and its accompanying warship fleet withdrawing back to Turkish shores. However, Ankara continues its drilling activities in the waters off Cyprus. Ahead of the Special European Council, Brussels must push Erdogan to cease any provocative actions and rhetoric and start negotiations on the basis of international law and the Law of the Sea. Otherwise, the imposition of economic sanctions, further destabilising the already weak Turkish economy, cannot be ruled out.

On the other hand, the signing of the Abraham Accords signals a new era for the Middle East and the hope that the Mediterranean basin and the wider Gulf region can become a land of peace and prosperity for its people. The alliance formed between France, Greece, Israel, and Cyprus, together with many of region’s Arab states, change the geopolitical map of ‘Mare Nostrum’.

This online event aims to discuss the recent developments in the area and Turkey’s revisionist stance. How can the EU defend its interests in the region, and what could be the role of Israel and the main Arab countries? Is Turkey NATO’s ‘fifth column’? Finally, what should we expect from the United States and Russia? 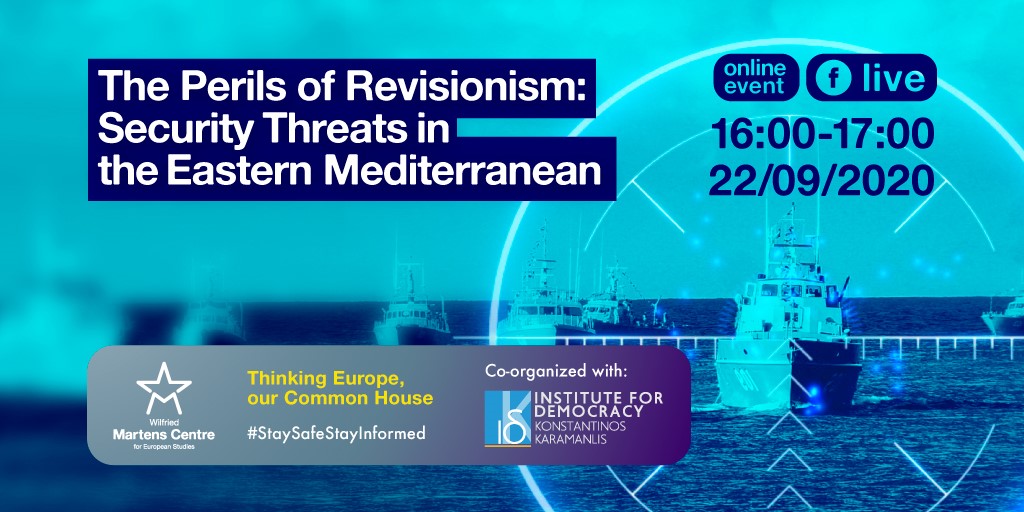