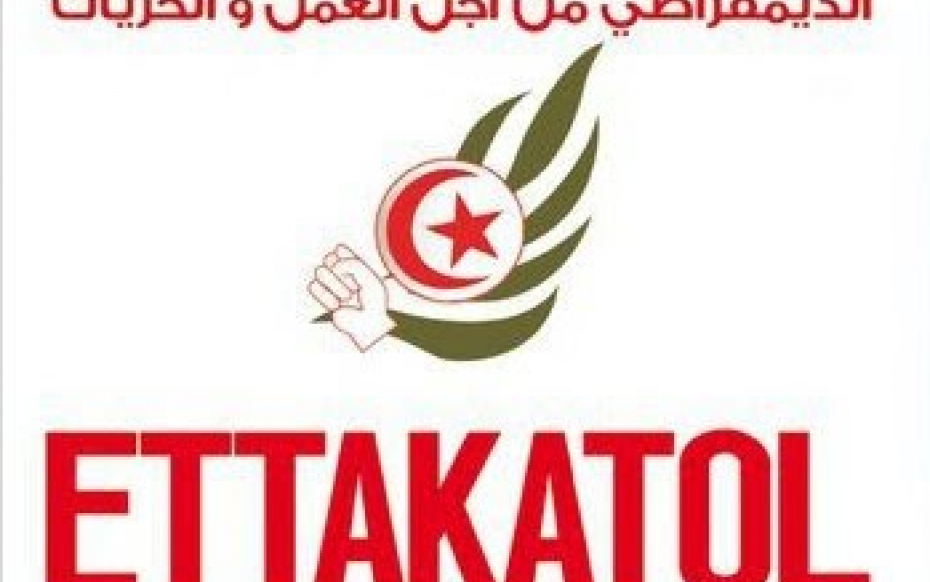 On April 28-29, 2011 the Party of European Socialists (PES) organised a Euromed Conference – Arab revolutions: time for democracy and progress – in Tunis together with the main PES political partner in Tunisia Democratic Forum for Labour and Liberties (FDTL), and other representatives of the opposition and political parties in the region. It was the first conference held by a European political party in the region since the revolutions, with the aim to create a platform to promote democratic principles.

On the first day the conference was divided into two sessions, discussing how to create a new Euro-Mediterranean partnership, consolidate democracy and ensure the success of the revolutions. During the dinner debate various actors of the revolutions shared their experiences. In general, speakers emphasised the role of the youth and the strong impact of new technologies as new but strong kinds of political mobilisation, and the role of women in the process of democratic reform. Calling FDTL Secretary General Mustapha Ben Jaafar ‘my good friend’ and Tunisian people ‘heroes of democracy’, PES President Poul Nyrup Rasmussen during the press conference apologized for ‘Europe not having done a good job’ in the region in the past. In his speech, he also did not forget to attack the EPP and the leaders of the EPP member parties. This time he directed his criticism towards Italian and French governments for their request to temporarily suspend their Schengen commitments due to an influx of migrants to their countries. The next day, April 29, two morning sessions looked at Social Democrat parties of the region and addressed the social and economic problems, looking at ways how to ‘answer the demands of the people for a fair and just society’.

The conference was followed on Twitter, however, less than 10 twitts have been entered with most of them coming directly from the PES Secretariat. In parallel to the conference, the debate could have been continued also on the Re:new, the PES website-based platform for debate. However, this possibility has not been used. Outcome The conference resulted in the adoption of a formal declaration. The declaration emphasised that the PES must ensure transparent and credible foundations in terms of institutions, law on political organizations, financing of political parties and constitutional safeguards, and underlined the essential role of opposition political parties, trade unions and civil society in the transition process. The declaration encouraged the Socialist and Social Democratic movements to cooperate very closely for the upcoming elections, and to reject any assumptions regarding the incompatibility of democracy and Islamic traditions. The declaration also condemned the actions of the Gaddafi regime in Libya, violence against protesters and civilians in Syria, questioned the extent of reforms undertaken in Morocco, Jordan and Algeria and expressed its concerns about outcome of the protests in Bahrain and of the upcoming local elections in Saudi Arabia.

In addition, the declaration included more concrete recommendations to the EU: 1. The EU must take all necessary steps to implement an Emergency Programme to support the countries in different forms to all emerging democratic movements, e.g. support regional development, investment plans, civil society, media expansion, active engagement of young people and to open European markets for agricultural products from the region. The declaration did not specify how this should be done. For example, the Emergency Programme could include more concrete suggestions on how to develop civil society and independent media or a suggestion for the EU’s rule of law mission to Tunisia. 2. The EU should promote association agreements and advanced status negotiations, as well as specific visa regimes and free mobility, but this should be conditional to progress in key democracy areas. Here again, the declaration could be more concrete: what does specific visa regime and free mobility mean – e.g. reducing the cost of visas, granting long-term visas to businessmen, students and civil society, or giving opportunity for Tunisian students to spend a year at European universities and vice versa.

In this context, the Party of European Socialists committed itself to play a fundamental role vis-à-vis the EU’s actions in the region and via its Action Plan to: 1. Coordinate actions with the S&D Group in the EP, FEPS, the Global Progressive Forum, the European Forum for Democracy and Solidarity and national progressive foundations and provide support for party-building and capacity-building through training and recruitment in close cooperation with the regions’ like-minded parties. Already in its earlier statement from February, the PES underlined the important role of FEPS in the process which should provide assistance and raining for political parties and think tanks and therefore the EU should make extra funding available to European political foundations. However, judging from the FEPS website, no initiative has been taken in this regard since the revolutions (no paper published, no event organised, no mention of the conference organised by the PES, etc.). 2. Help with campaign programmes and political strategies for the upcoming elections. How the PES is going to do this, remains unclear. It could possibly be done through the creation of an advisory commission for elections which should include representatives from Central and Eastern Europe, since they have gone through a similar process in recent history. 3. Help the EU identify new strategies to manage migration flows. 4. Establish a Task Force composed of parties and foundations and create a network bringing together relevant actors from both sides of Mediterranean. The creation of a Task Force has already been mentioned in several earlier documents adopted by the PES. The conference just confirmed the PES decision to form this Task Force but did not come up with any more concrete decisions in this regard.

A follow-up conference to evaluate the implementation level of the Action Plan is scheduled for spring 2012.