Elections in Slovakia: More of the same kleptocracy or wind of change? 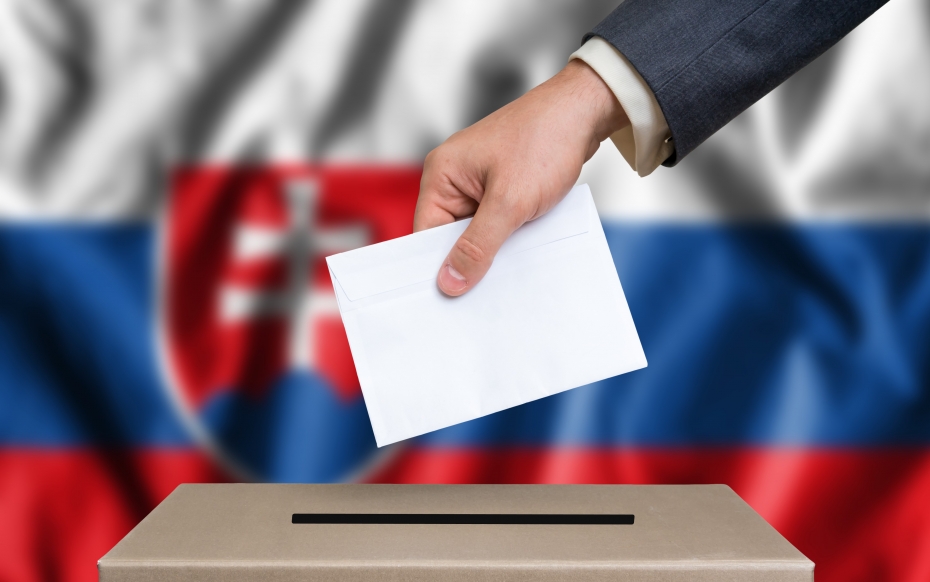 A closely watched trial was opened last Monday against suspects in the murder of journalist Ján Kuciak and his fiancée Martina Kušnírová. The police have yet to identify who commissioned the murder and on what motive, but the investigation is gradually unravelling the kleptocratic functioning of the state apparatus, which uses mafia-style practices for its enrichment. The still incomplete facts that the investigation has revealed show a gruesome picture of linkages between mafia-type oligarchs and the justice system, police and the ruling social democrats’ party. This is the picture of contemporary Slovakia, which was considered until recently to be one of the better democracies of the Visegrad Group. However, its reality today is rather reminiscent of the Balkans in the darker period of the 1990s.

The brutal murder of two innocent people two years ago triggered an unprecedented wave of citizens’ protests whose pressure resulted in a partial government and police reshuffle and replacements at the top of the police force. People’s fervent desire for change and the struggle for a decent Slovakia found their positive reflection in last year’s presidential and European elections. However, it cannot be said today that the same positive wave has survived in the run-up to the parliamentary elections at the end of February. Just the opposite, it risks being transformed into a devastating tsunami, as Slovakia could become another EU member state with a far-right government.

In only a few weeks, Slovaks have the chance to halt the alarming trend of injustice, arrogance, intimidation and attacks on minorities becoming the new normal.

This risk can be explained by the fact that the street protests grew silent over time and the hope for change has been replaced by skepticism in the wake of political developments. The main reason is the fragmentation, lack of readiness to cooperate and strong egos, as well as the lack of political experience among the leaders of the democratic opposition.

The opposition consists of Christian democrats, liberals, the party of independent personalities, and three new parties which all compete for leadership of the opposition camp, more so than for voters. The latter group of parties includes that of former President Kiska – Za ľudí (For the People), which has no clear-cut party profile, and over which hangs a shadow of unclear financing of its founder’s presidential campaign. Then there is a conservative-liberal party SPOLU (Together), which will run together with another new party, Progresívne Slovensko (Progressive Slovakia), the party on whose ticket President Zuzana Čaputová initially ran. Their programmes are almost identical, calling for a fair and functioning judiciary, better education and health care. All of them declare support for the EU and NATO. However, looking at the demands for strengthening the nation-state at the expense of EU institutions which have been trending in Central Europe and elsewhere, concrete initiatives are missing.

1. A government composed of socialists and neo-Nazis

In this scenario, the Social Democrats (SMER) remain the strongest party. Their chairman, former prime minister Robert Fico, plays the gamble and toughens the tone of the campaign by raising fears of immigration and smearing political opponents. His negative rhetoric is close to that of the increasingly stronger neo-Nazi party of Marian Kotleba. They use the motto of restoring order in the country, which implies spreading fear and hostility towards minorities. A possible coalition partner is also the nationalist Slovak National Party whose chairman is a great admirer of the Kremlin and who, as the speaker of the National Council of the Slovak Republic, has long represented a security threat to Slovakia’s interests. To secure a majority, they could be helped by the populist party Sme Rodina (We Are Family), a member of the Identity and Democracy Party. It seems that this party could be tipping the scales in the formation of the coalition. Needless to say, such a government would be a disaster for both Slovakia and the EU.

2. A government of change

In this scenario, the democratic opposition somehow manages to achieve a majority and overcome its differences. That would mean a chance for real change in Slovakia. But the problem is that this opposition is fragmented and focuses more on its internal matters than on the real problems of the country. It lacks a leader capable of unifying six prospective coalition parties. It is former president Kiska who styles himself into that role, reminiscent of the anti-corruption President of Romania, Johannis. However, Kiska’s problem is his inability to convince voters that he is serious about making a transition from the office of the President to that of a Prime Minister. And there is also the question of whether the rest of the opposition would accept him as their leader.

There is a real danger of a standoff if neither side achieves a majority. This is also because of the possibility that, for the first time since the 1989 revolution, no ethnic Hungarian party would cross the parliamentary threshold. This is due to the fragmentation of the Hungarian community, but also to the punishment of the MOST-Hid party for participating in the current coalition alongside nationalists and socialists. This would mean a period of increased turbulence and uncertainty for Slovakia, as well as further fragmentation of the political spectrum. It would also mean a costly waste of time for the country which has been plunged into a deep political and moral crisis. The country needs to rebuild its democratic institutions and return to the reform path of the first decade of this millennium.

But what Slovakia needs most at this moment, is a return to morality and decency on all levels of public life. In only a few weeks, Slovaks have the chance to halt the alarming trend of injustice, arrogance, intimidation and attacks on minorities becoming the new normal. This is a unique chance. It is also an obligation for all democrats towards Ján and Martina. Their tragic deaths should not have been in vain. They should, at last, help bring about a wind of change.