The European Union as a whole has seen the share of the elderly population rise progressively. Over 18% of the population is currently aged 65 years or over, a figure that has risen by 2% over the last ten years and is expected to increase to 28% by 2050. This trend holds across all of Europe. Confronted with demographic ageing, the question arises as to whether this changing structure of the population is also having an impact on politics and elections. Despite the increasing share of seniors in society, few if any studies have focused on seniors’ voting behaviour.

This paper aims to examine the voting behaviour of European senior citizens in the 2014 European Parliament (EP) elections. It is structured along three main questions. The first part will deal with the question of whether and how the increasing share of seniors in the overall population affects voter turnout in elections, considering age, generational effects and political knowledge and opinion as the main explanations.

The second part deals with the question of whether and how the increasing share of seniors in the overall population affects election results, considering political opinion and party loyalty as main explanations. The third and final part will assess the representation of seniors in the EP,
considering the share of senior Members of the European Parliament (MEPs) and the inclusion of representation of seniors’ interests.

The paper finds that the seniors’ share in the population is increasing, and that they are also the most active voters. Additionally, they generally vote for centre–right parties that belong to the European People’s Party (EPP) family. Their decision to participate in the elections, however, seems to have been driven more by generational effects-that is, party loyalty and voting habits-than by active campaign mobilisation. 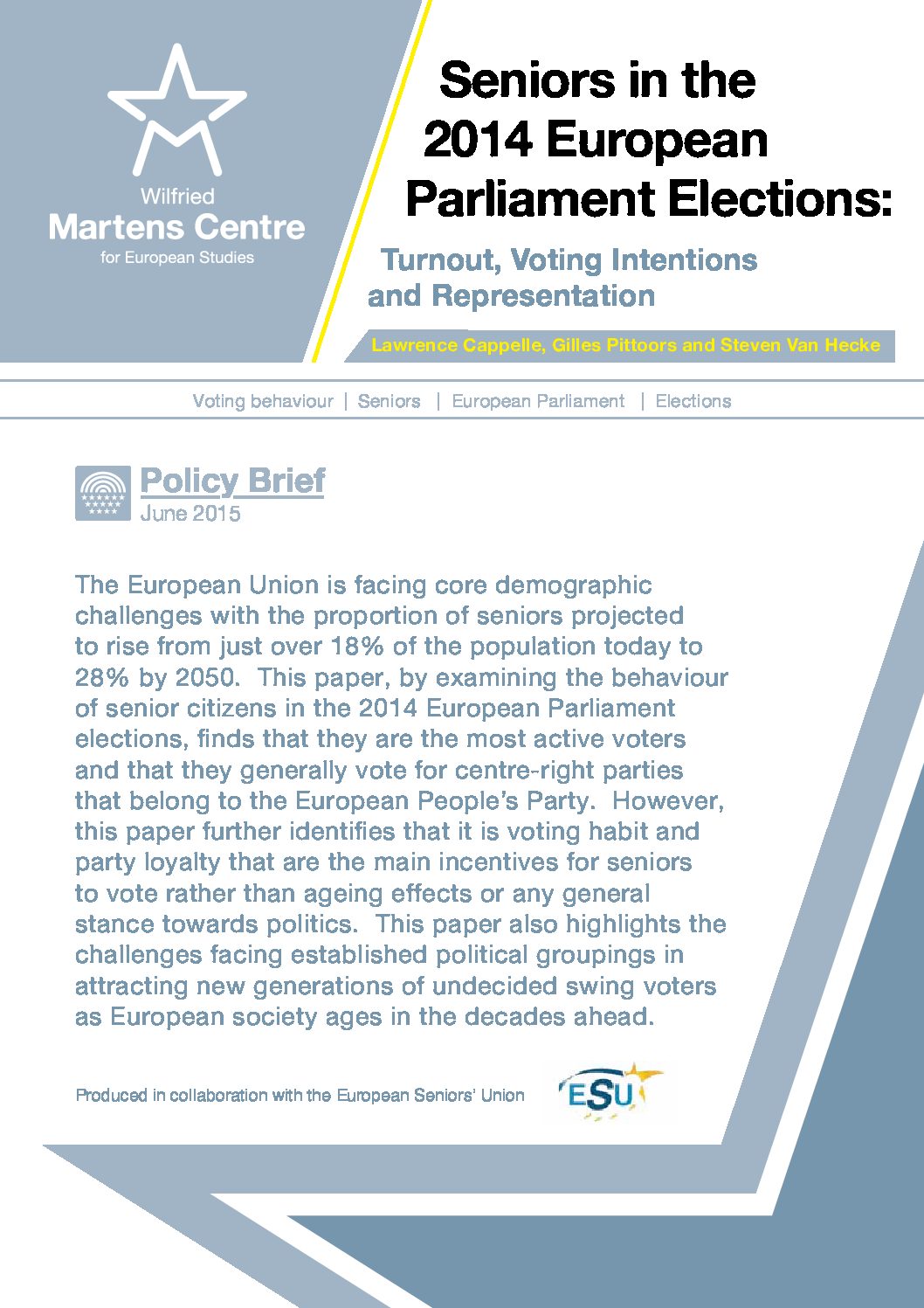