Perhaps, when the history of European integration in the early 21st century is written, 5G will be viewed as the beginning of Europe’s geopolitical renaissance. Although, that currently seems very unlikely. Because it’s hard to escape the overwhelming feeling in Brussels that a greying, slowing Europe is now stuck in a technological blindspot behind the two global superpowers of the United States and China.

5G sums up the EU’s ability to constantly punch below its weight on a geopolitical level. It also symbolises how Brussels has totally failed to leverage its significant (and often underestimated) economic strength to project its wider political priorities.

Honesty is clearly needed in Brussels because advocating for greater subsidiarity within the EU while simultaneously calling for a more geopolitical Europe is resulting in a clear dilemma. You simply can’t be a global power if there are 27 (or more) potential veto’s sitting around the table. What is required is not a universal abandonment of the EU’s competition or industrial legislation, but rather a more agile, more nuanced understanding that in select, geopolitically important areas, Europe must work together if it is to protect its interests on the global stage. 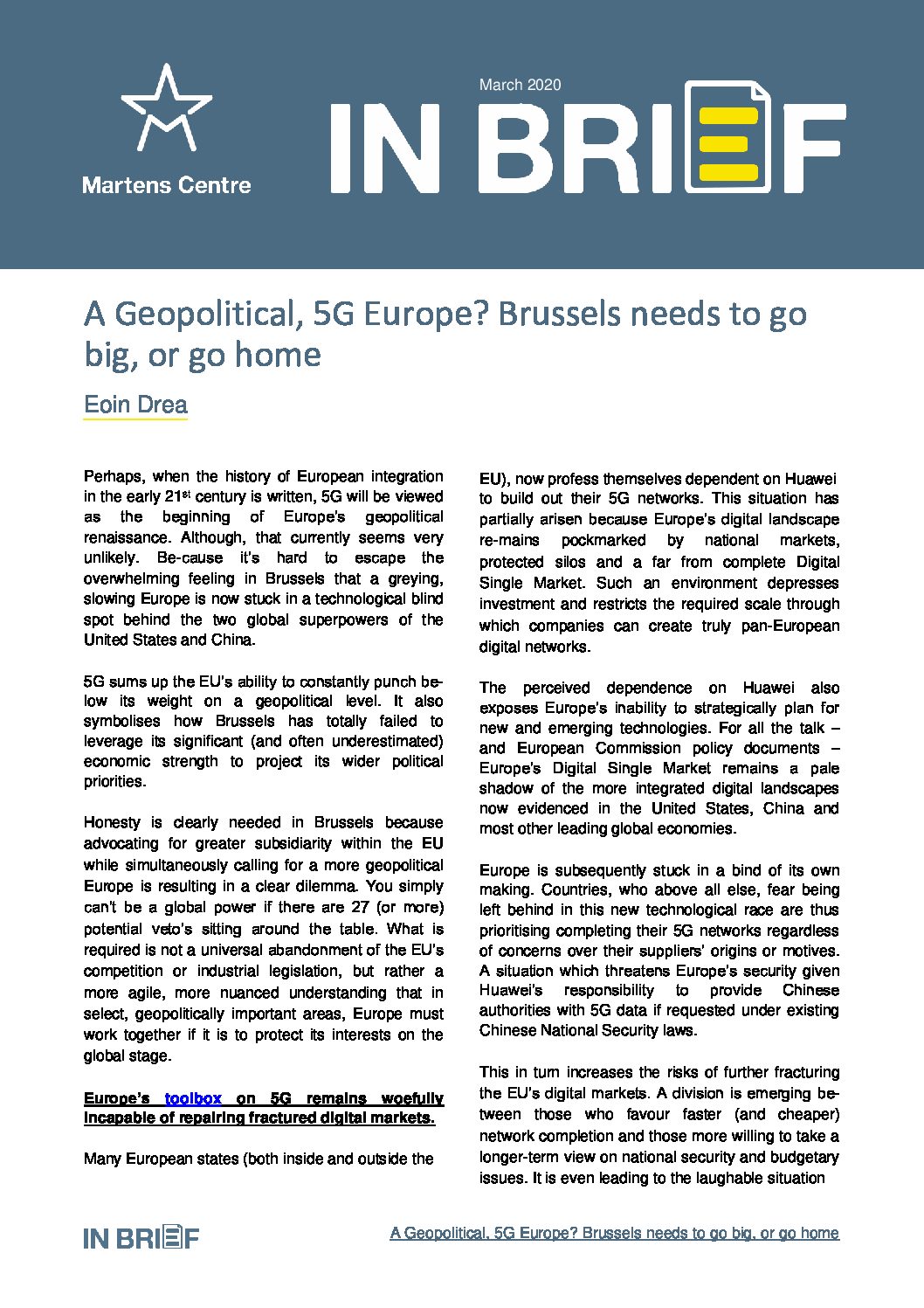