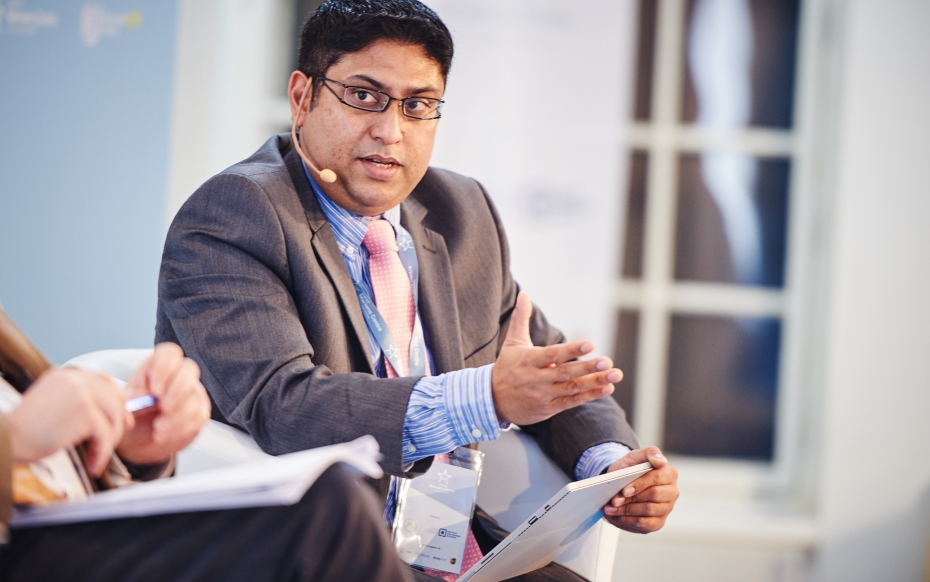 Kumardev Chatterjee is not only involved in shaping European innovation and entrepreneurship policy as the Founder and President of the European Young Innovators Forum, he actually started his first profit-making company at the age of 19. In this interview he talks about why he thinks new start-ups do not flourish in Europe as well as they do in the USA.

Mr Chatterjee, you were one of the 45 world leading digital thinkers requested by the European Commission to write a chapter for the project “Digital Minds for a New Europe” that aimed to articulate a vision for Europe in 2020. What is your vision of Europe 2020?

My vision is that Europe in 2020 will focus strongly on innovation and entrepreneurship, not only in the area of products, services and business processes, but also in the area of public procurement and government services.  Some people think that innovation and entrepreneurship are the ‘cool stuff’, the ‘edge stuff’, but that is not yet the mainstream opinion. We need to have this absolutely reversed by 2020 so that entrepreneurship is seen as being mainstream, something that is driving more sectors of the economy.

How can we achieve this? If we come up with more financial instruments, many people, especially in business, will say that it is just another level of bureaucracy.

A lot of people don’t know that Silicon Valley, which has ended up becoming the paradise of private funding, innovation and entrepreneurship, started off as an area with companies and projects funded by the US Government for decades. Government directly funded certain projects there which led to the initial development of the ecosystem before it became self-sustaining and scaled massively.

Government helped create an ecosystem where companies could grow to the extent that they are now run completely privately. There is no shame in saying that public funding can help to bring down barriers that we have put up, it can seed the market and create an environment that is required to foster growth. This is particularly true for Europe, where public action is key to bringing down barriers. We will never have quite that level of ecosystem here in Europe if public funding and public action is not taken.

Yes, some people will say: ‘oh, but that is fake’. Well, is Spotify fake? Is Skype fake? I don’t think so. There are real success stories and the fact that some public financing helped them in the initial part of the story is completely linked to the fact that we have a high-tax regime and strong regulatory barriers. Why should the tax not be spent on creating an ecosystem where individuals are free of state dependency and create self-sustaining entities that further growth, jobs and prosperity?

Isn’t the main problem administrative barriers in Europe? In some countries it takes hundreds of days to start a company.

You are absolutely right. Just try as a citizen of one EU country to go to another EU country and set up a business there. It will take up to six months for the banks just to agree that you, as a European citizen with all the existing credentials in your home country – address proof, identity proof, bank proof, can actually open a bank account for business in another country.

So yes, administrative barriers are huge, but why are they there? I think it is pretty straight forward: they are there because of Member States’ inaction in this area. The Member States want to have oversight over everything. I don’t see the reason why each Member State should have control of European business transactions. The Commission and the European Parliament operate at the right level to deal with this.

Yes, we need the EU Member States to acknowledge that the market has to function according to European rules and not national rules.  Of course there are national priorities and derogations in some areas but why should opening a bank account for business in another country be a national issue? Banks should be absolutely mandated to do that. If you are already known as a good bank customer in one Member State, you should automatically be able to open a bank account in another Member State.

Why are there no venture funds in Europe that could complement the bank system?

There is a lot of venture funding in Europe today compared to, let’s say, five years ago when the situation was quite dire. Some venture funds from the US and elsewhere have set up shop here but it’s all about access to finance.

Let’s say that you are in Bratislava and you try to access some money from a Spanish bank: you have to jump through several regulatory hoops just for that. And if you are a bank backing a start-up, it had better be in an area where cross-border trade is easy to do, otherwise you won’t get the financing.

The money is there but the will to invest is not at the same level as in the USA. Do an analysis of the number of pitch events where entrepreneurs can pitch and get money in Europe and it’s at one tenth of the US. A common anecdote says that the same pitch for a start-up that will make you hundred thousand dollars in Europe will make you a million in the US, because there you will not find so many administrative barriers to scaling up, on the contrary there is a robust single market where you can easily get your investment back.

So you think that Europeans have entrepreneurial spirit but we lag behind the USA because of administrative barriers?

If you go to Silicon Valley or any other major innovation centre in the world, you see that Europeans are there. And this is because we are innovative, we have a lot of ideas, we have a lot of creativity, we are highly educated. In fact we have the elements required at the level of the individual to build successful startups.

That’s the first part and the second aspect is, as I’ve said, that there are so many barriers, starting with access to finance, access to market, with all the regulation. The USA is actually the reverse. Even with a fairly basic idea you can get some money and get to the market pretty quickly, fail fast and then try something else.

Can digitalization help reduce these barriers? What should an ordinary citizen understand is meant by the word ‘digital market’ that is stressed so much by Jean-Claude Juncker’s Commision?

The citizen should hope to have an easier digital life. So, that means, for example, that instead of going to ten offices for one paper that you need, you can do it online from your home. Why should you run at least twice to the office when you need a driving license?

Several countries have awful digitalization because the public sector often opposes it.  ‘Oh, if you digitalize, jobs will be lost in the public sector.’ But there will be maybe more jobs created in the private sector! We have to focus on the consumer, the end-user of the product.

Kumardev Chatterjee was a speaker during the fifth annual Economic Ideas Forum that took place in Bratislava on 16-17 October 2014. He is a Young Innovation leader, top-tier ICT industry professional, European Commission appointed expert and New York Times published opinion leader, all by the age of 35. Chatterjee’s vision, opinions and views have been published by the New York Times, World Economic Forum, European Commission, European Business Summit, Microsoft and leading tech media across Europe. Chatterjee is one of the 45 leading digital minds around the world who have been invited to contribute to the European Commission’s “Visions for Europe’s future in the new digital era”, alongside Eric Schmidt of Google. He is an Advisory Board member of the Journal of Innovation Management with Henry Chesbrough. In recognition of his Innovation leadership and the high-impact achievements of EYIF, the European Commission and INTEL have awarded him as an Innovation Luminary – Young Innovation Champion.