Can the Conference on the Future of Europe Deliver Results? Episode 3 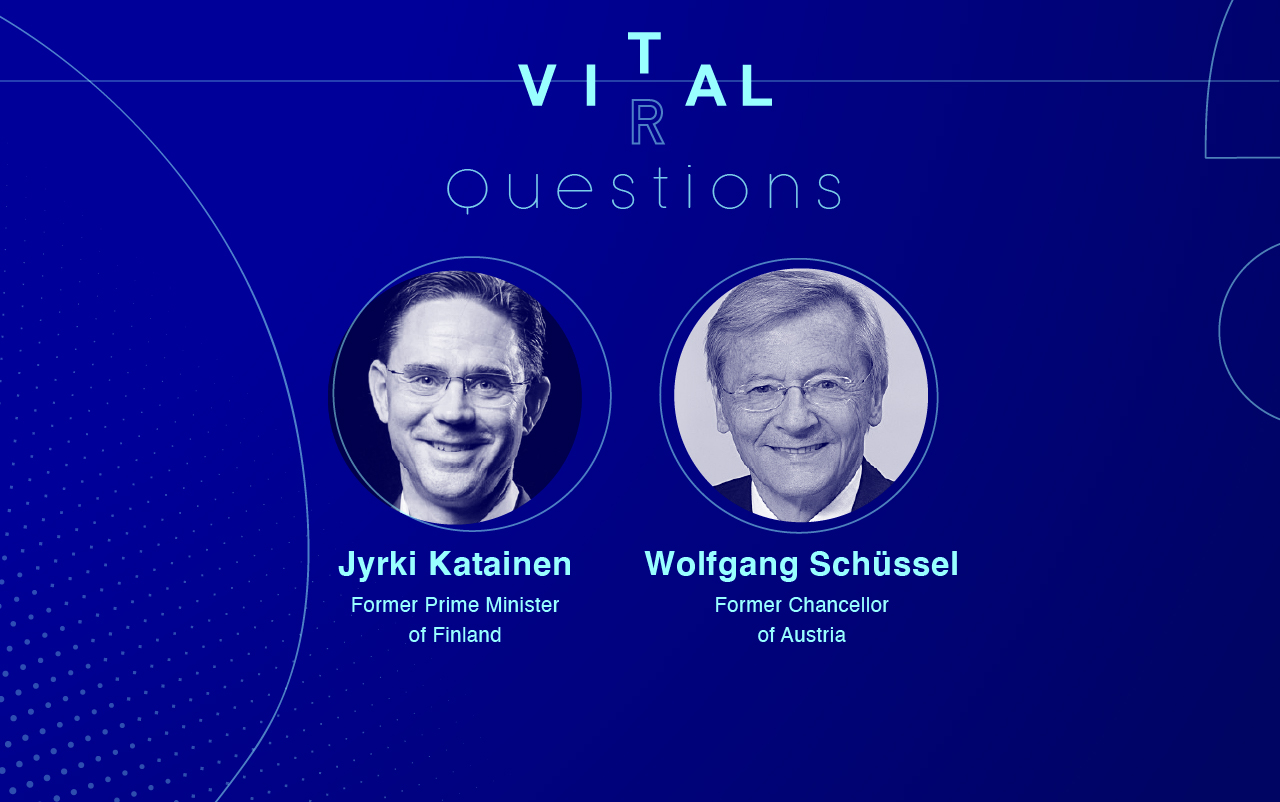 1. The Conference on the Future of Europe (CoFoE) is expected to envision Europe’s future on a 20 to 30-year horizon. The years of various crises and the ongoing pandemic have shown that we need a more effective and rules-based European Union. Could such a Conference deliver effective results, extending beyond its mere intentions?

Jyrki Katainen, Former Prime Minister of Finland: Every now and then it is worthwhile to stop and reflect on which direction we want to go in. The world has changed, teaching us in many ways since we last had a coordinated and comprehensive process to assess the future of Europe. We have reformed the EU a great deal, speeding up our response during economic crises for instance, but it is now time to take a holistic view on our future.

The Conference on the Future of Europe is an opportunity for new generation of Europeans to have their say on the direction of Europe. Additionally, these kinds of processes are usually useful exercises to recall the reasons for an integrated Europe, assess its strengths and weaknesses, as well as identify priorities for its further development.

It is obvious that we cannot foresee everything we are going to face in the future, but we can learn from the past and make ourselves stronger, more resilient, and more capable to act.

Wolfgang Schüssel, Former Chancellor of Austria: A realistic view on the Conference of Europe does not let us expect a major breakthrough, like the 2002-03 European Convention delivering a blueprint for far-reaching Treaty change. President Macron envisages to reach a result around the next French Presidential elections in 2022, a rather ambitious timetable. But despite these restrictions we can and should expect some serious achievements: an extended role of the European Institutions in fighting a pandemic crisis, and improving public health and producing vaccines; a courageous step forward in protecting our external borders; auditing and monitoring an effective use of huge EU recovery funds; achieving and keeping “Weltpolitikfähigkeit” (copyright Jean-Claude Juncker), a global presence and Union voice in CFS policy areas should be our main priority – meaning minimising unanimity voting. Finally, a network of “Wider Europe” (EU members, applicants, EEA, UK, Switzerland, Israel, and perhaps Russia, Ukraine and the Commonwealth of Independent States) would, in 2050, show us on equal economic terms with China and far ahead of the United States.

2.The audit of the functioning of the Union and the future of Europe is in the hands of EU citizens. They consider democracy, human rights, rule of law, but also the Union’s economic power as the greatest benefits of the EU, according to the latest Eurobarometer survey. Are these benefits sufficiently protected and resilient?

Jyrki Katainen: Fundamental values are strong in the EU, but it must be said honestly that these values have been severely challenged by some member states during the last few years. This is obviously a challenge to the entire EU. Rule of Law is the basis for everything we do in the integrated Europe. Human dignity, civil rights and transparent administration on one hand, a free judiciary and media on the other form the basis on which we have developed the whole European way of living. Important achievements such as the Single Market, innovation policy and free movement of people, capital, and goods are based on these values.

The EU is an economic superpower, which brings welfare to its citizens and business opportunities to its companies. Economic strength also gives us a strong hand in trade negotiations as well as in setting standards and regulations for commercial activities. Our standards often become global. The global economy will be shaped by two major drivers in the coming years. The need to de-couple economic growth from CO2 emissions, biodiversity loss, and over-consumption of natural resources is one of the major challenges, which needs a new type of economic thought. The market economy is still the basis on which the new economic model needs to be built. The market economy needs new incentives, rules, and values. Here, European regulatory power and its role as a strong trading bloc both play a significant role.

Another disruptive force and a driver of economic growth will be the rise of the data economy. Currently, we live in a world where usage of data is based on practices and rules created by forerunning technology companies, which suits their own business models well. As the amount of data and use of data is rapidly increasing, it is necessary to create an ethically sound and fair basis for it. In other words, we need a rulebook and incentives to use data securely and fairly. Here again, the EU can be a forerunner and show the way for a new competitive and fair data economy.

Wolfgang Schüssel: The EU will always be among the top 3 global leading entities – be it economically, politically, in life quality – as a regulatory power. The Union is unique in its human rights record and quality of democracy and rule of law. We, the member states, are certainly not perfect; but a bit more pride and less self-accusation would be appropriate. We are still a leading trade bloc; a completion of the Single Market will be the most effective growth and innovation engine. The creation of a common digital area and an EU cloud is necessary. Finding a functioning global balance between productive climate protection and the competitiveness of our European industry and economy is the major challenge for the foreseeable future.

3.Could you, as an EU citizen, share your biggest concern and biggest dream when it comes to the future of Europe? What would be your advice to overcome such a concern and, on the other hand, how to achieve such a dream?

Jyrki Katainen: The biggest concern pertains to security challenges. Traditional security threats connected to cyber and hybrid threats form an entity which has become a more important issue to the future of Europe than before. Also, new technology and technological infrastructure can bring new challenges to European autonomy. Risks may appear, for example from excessive dependence on one technological solution which excludes the opportunity to change the service provider, thus strengthening monopolistic development.

The ultimate dream is an EU that is a borderless, innovative, secure, and competitive Union of values which is a source of wellbeing. In this kind of Europe, the whole continent would offer unlimited opportunities to work, live, study, do business, and innovate, wherever each of us wants.

To address concerns and achieve our dreams, we need to keep our value basis strong. We also need to deepen and widen the integration in the areas where integration does not yet function well but where it would bring benefits. We need to pay attention to new policy areas which are relevant for our future such as the data economy, the circular economy, and security. Finally, we must keep our public financing in good shape, because it is a way to secure welfare services for our citizens. In this, all the member states must do their homework. Irresponsible fiscal policy in one country cannot cause problems to others, because it would weaken the sense of unity and fairness.

Wolfgang Schüssel: My biggest concern is to be sidelined in the ongoing struggle for supremacy between the US and China. My dream: to create a unique model – balancing subsidiarity and national/regional identity on one side with EU efficiency and the capacity to act where members are unable to handle situations alone. The main task for the Conference on the Future of Europe is to raise public awareness of the EU’s goals, priorities, and challenges, and to encourage citizens to participate in these debates. This Conference is a unique chance for such a far and deep-reaching discussion. Let me finally repeat an old idea – a better placed European Day. Not 9 May, which is always competing with the end of the Second World War and the liberation of the concentration camps. A better option would be 25 March, commemorating the signing of the European Treaty of Rome in 1957. This day should be celebrated all over Europe, in schools, public broadcasting and TV stations, Parliaments, and everywhere else.