War and Peace: the struggle that awaits the winner of Ukraine’s top job 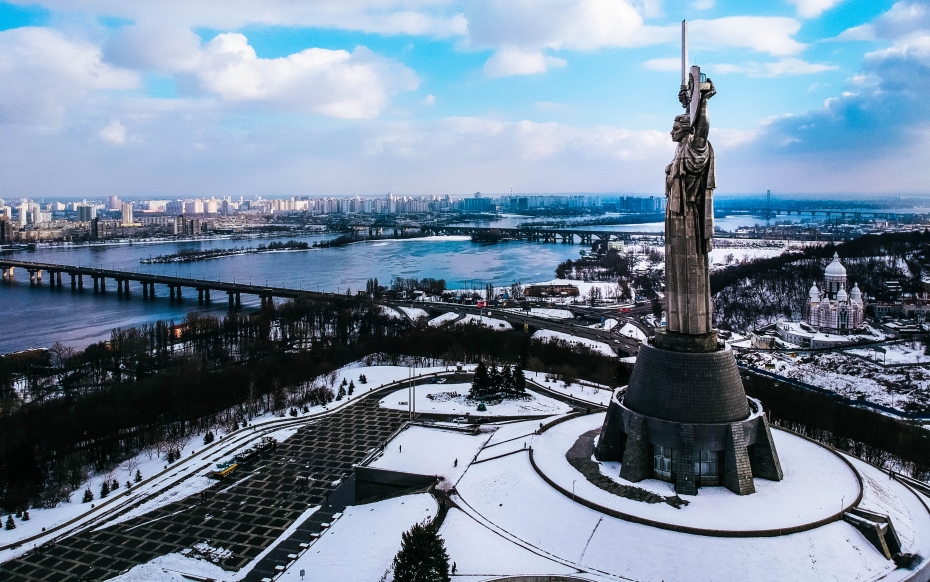 2019 is an important year for politicians all over Europe: MEPs running for re-election in the European Parliament, Spitzenkandidaten working to secure support for the top floor of Berlaymont, and eurosceptics finding common ground to disrupt the Union.

Another top job is up for grabs in a country which aims to become a member of the EU in the near future – the presidency of Ukraine. With elections scheduled for March 31, 30 candidates registered so far for the highest office of the country.

Candidacies were announced at different moments: the incumbent President Petro Poroshenko came forward only a few days ago, formally announcing that he’ll run for elections on 29 January. His main opponent, Yulia Tymoshenko declared her participation on 22 January, even though her slogan “New Course for Ukraine” was everywhere to be seen on billboards alongside Ukrainian roads for already some months.

The actor and comedian Volodymyr Zelenskyi broke the news to his audience on 31 January during an appearance on TV. As a follow up, Zelenskyi launched a website, on which he extends an invitation to join his team, putting forward one condition: the applicants must have zero experience in politics.

Every candidate promises something new and pledges to do the job better than his or her opponents. Poroshenko promises to apply for a full membership to the EU in 2024, as well as to lead Ukraine to NATO; Tymoshenko suggests a new constitution, a new economy and a new social system; Zelenskyi is not making any promises, but is gaining traction for being anti-establishment and disconnected from the “old system”.

Other candidates like Andriy Sadovyi, the mayor of Lviv, plays with words such as “decisive change”; Oleh Lyashko, the leader of the Radical Party, is travelling across the country to show he is a man of the people; Anatolyi Hrytsenko, the former Defense Minister of Ukraine said he would deal with corruption and the oligarchic system of power in the country.

However, the one thing that is missing in the platforms of all the candidates is a clear plan for achieving peace in Donbass. The war with Russia in Eastern Ukraine is entering in its 6th year and the solution is nowhere to be seen. The Minsk Agreements were revealed to be a failure, trapping the actors in a vicious circle considering Russia’s and Ukraine’s opposite positions and interpretation of the 13 points contained in the document.

The new President of Ukraine will have a tough job in handling the conflict resolution, as one thing that has emerged from polls is that for 72% of Ukrainians peace in Donbass is a number one priority.

While all candidates state that they plan to bring peace to the nation, no one is ready to share technicalities of how they plan to achieve the goal. Tymoshenko suggests a “Budapest+” negotiation format involving the European Union, China, France, Germany, Russia, the United Kingdom, and the United States, skillfully avoiding to explain what she is ready to compromise – although she is thought to be willing to go pretty far to accommodate Putin.

Zelenskyi’s “we’ll meet in the middle” approach also does not say much about what exactly he is ready to give to Putin. For Poroshenko, making any concessions to the Kremlin would be a political suicide, therefore trapping him in the current deadlock.

One thing that is quite clear to all candidates is that the Minsk agreements cannot be fulfilled and that there is a need for a new approach. However, anyone who is open to dialogue with the separatists would be seen as making concessions to Putin and lose public support. In fact, if there is something positive about Russian aggression in Ukraine, is that it strengthened the people’s unity and created a stronger Ukrainian identity.

The lack of openly pro-Russian candidates in the 2019 elections is indeed a major difference from all the other elections ever held in Ukraine. Even Yuryi Boyko, the candidate of the Russian friendly party Opposition Block, is careful in phrasing his campaign, reiterating that he represents interests of all Ukrainians “regardless of what language they speak and what church they go to’’.

Despite the fact that Opposition Block is portraying itself as “the party of peace”, it will be very difficult for Boyko to top the list given that he is perceived as the successor of the Party of Regions, which formally ceased to exist after Yanukovych fled the country in 2014.

The problem is that at the moment there are no meaningful alternatives to Minsk agreements and that at least some compromises have to be made. OSCE is working on a new peace plan which would include the deployment of UN peacekeepers, a provisional international government, and the setting up of a reconstruction agency in the currently Russian-occupied region of Ukraine’s east, but Putin immediately rejected the idea.

One thing to take into account is that Ukrainians do not vote based on party ideology, but rather on the personality of the candidate. The weakness of ideology in political parties and the prominence of party leaders have always characterised the country’s system.

Therefore, for the final result it is not important if the party of the candidate places itself on the right or left of the political spectrum, but rather if the people trust Poroshenko, Tymoshenko and the other names on the presidential list to deliver on what they are promising.

For sure Poroshenko’s eyes are on the West. With his 2019 election slogan “Army, Language, Faith” he managed to score two out of three points so far, making Ukrainian the required language of study in state schools across the country and obtaining autocephaly for the Ukrainian Orthodox Church.

According to him, “only full EU and NATO membership would completely and irreversibly guarantee the independence of our Ukrainian state and Ukrainian national security”, so seeking a second mandate could maybe help him fulfil the slogan and lay out a strategy for seeking the light and the end of the tunnel.

Photo by Denys Rodionenko on Unsplash