The German election: What’s in it for Europe? 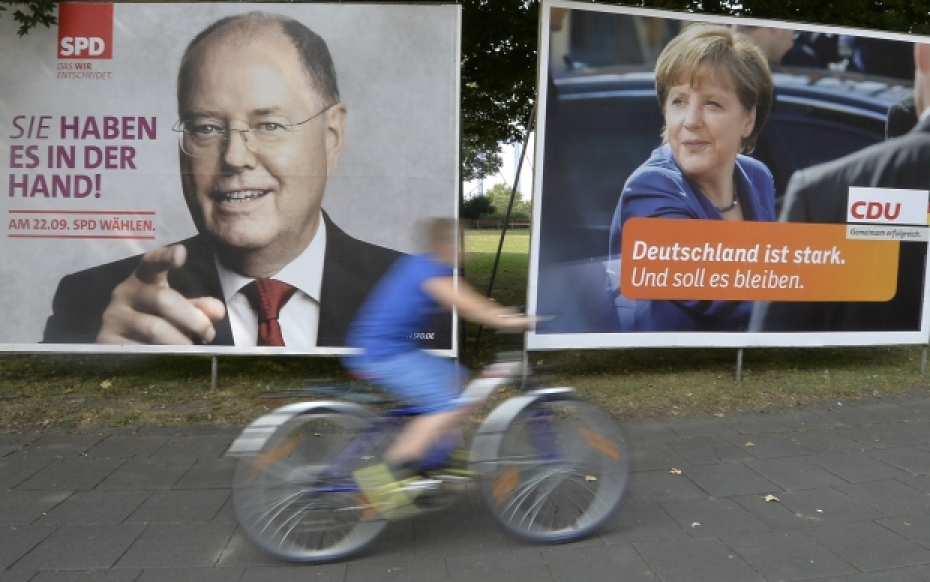 EU summits without Angela Merkel? It sounds somewhat unimaginable. Although there is an off chance that power shifts completely to the Left in Germany’s Bundestag election on 22 September, the likelihood is that she remains Chancellor, albeit maybe in a different coalition.

A lot has been written about the lacklustre campaign, about the lack of palpable alternatives and the focus on domestic policy at the expense of a vision for Europe, and about Germany’s unwillingness to lead. Although it seems that for many of Germany’s partners, German leadership means, above all, Germany doing what its partners want, and this all too often entails underwriting the debts and financing stimulus for troubled Eurozone countries.

True: The style of the campaign was often less than passionate. That is partly typical for Germany, and partly due to the summer holidays and the tendency of German voters to take their decision closer and closer to election day, which causes parties to devote more resources and energy to the very last days of the campaign. Moreover, the CDU has , up to now, adopted a strategy of ‘asymmetrical demobilisation’: a deliberately low key campaign hoping that the opponent will not ‘get out the vote’. That may change now that some fear complacency may actually cost CDU and CSU more votes than the opposition.

On many topics, from minimum wages to the shift from nuclear power to renewables, Angela Merkel’s Christian Democrats have spectacularly moved to the centre and often adopted positions formerly held by the left-of-centre parties, just in order to provide fewer opportunities for attack. And wherever differences did appear, such as in the Greens’ vegetarian initiative, or all three leftist parties’ plans for tax hikes, the governing parties could style themselves as the defenders of individual freedoms and of middle class interests.

Much has also been made of the relative closeness of the core positions of the top candidates: Angela Merkel is a perfect representation of German society’s middle ground, both in substance and in her bland style, while Peer Steinbrück is known as the fiscal conservative he was as finance minister in the CDU/CSU/SPD coalition 2005-2009. This in turn rubs against his current emphasis on social justice. And on top of that, despite – or maybe because of – all his eloquence and brilliance, he comes across as slightly arrogant.

There is indeed an introspective tendency in German politics. But that is nothing new; rarely has foreign policy played a decisive role in German elections (or very few other countries’, for that matter). It is also true that Germans have, in polls, often given the impression of wanting to become a big Switzerland, rather than a leading power. But now that the crisis has catapulted Germany into the pole position, this lack of a strategic debate, of a proper definition of national interests, and of a good communication strategy has become painfully visible. Eventually, Germany will get there, too, but it’s going to take a long time.

So which election scenarios are likely, and what would they mean for Europe? First, but not necessarily most likely, is a continuation of the current coalition of Christian Democrats and Liberals. Berlin pundits predict some major reform projects for the years 2013-2017 – largely domestic, such as Germany’s sometimes clumsy federalism. Everyone agrees that Chancellor Merkel would also have to declare herself more clearly on Europe – but it’s very doubtful whether that would entail a full treaty reform, not only because her enthusiasm for a United States of Europe is limited, but also because she knows that the ratification process bears an enormous risk of failure here. On banking union, there will be a compromise with France, and some measures to institutionally strengthen the Eurozone will be adopted, but without creating the two-speed Union so popular with many in Paris and Brussels. And Eurobonds simply won’t happen in this constellation.

But what about a Grand Coalition between CDU/CSU and SPD? Some of the domestic projects would actually be easier to enact because there would be a clear government majority in both chambers of Parliament. On the European level, very little would change. German insistence on fiscal consolidation in the crisis countries might soften a little, but would not disappear. A commitment to Eurobonds is still unlikely because the CDU/CSU’s middle class core electorate is so opposed to them.

What would signify a major shift, however – and send the financial markets southward – is the a coalition with the SPD in the lead, and the Greens and the Left Party on board, the latter possibly remaining outside of the government but rendering support in parliamentary votes. This has been tried on the regional level but so far ruled out by Greens and SPD in Berlin. But many observers would bet that if a left-of-centre majority emerges in Parliament, such a coalition will be made. It would imply huge risks for German’s economy, and cause the Eurocrisis to sharpen again.

The biggest unknown in this election, possibly determining the outcome, is not whether the FDP will enter into Bundestag – that is highly likely. It is whether the eurosceptic Alternative für Deutschland (AfD) gets more than 5 %. Because this is a new party, pollsters have problems predicting the size of their electorate. If AfD gets in, a Grand coalition will automatically follow because neither of the two political camps will have a majority. If they stay slightly below 5 %, they may have deprived CDU/CSU and FDP of a good many votes, and handed a majority to the three parties on the Left. If they fail completely, a continuation of the current coalition is likely.

When in 2005, after a cliffhanger election and haranguing coalition negotiations, the journalist Judy Dempsey asked: “Frau Merkel, you are Bundeskanzlerin! Are you happy?”, she answered with a coy smile “I’m in a state of heightened attention!” – which is probably a good description of the mood Europe will be in on the evening of 22 September.