The black sheep of the European Liberals 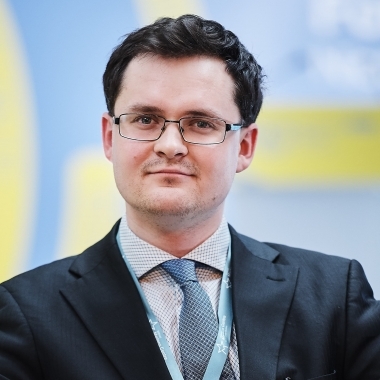 The European Liberals and particularly the former head of the ALDE Group in the European Parliament, Guy Verhofstadt, have made their reputation on the criticism of nationalist and populist politicians around Europe, including Salvini, Farage, Orbán and many others. Almost no European-level political party escaped their criticism for democratic backsliding, violation of the principles of the rule of law and other common European values in certain EU member states.

The truth is that the European Liberals – whose group in the European Parliament now calls itself Renew Europe – have a black sheep in their ranks too. That black sheep is the Czech Prime Minister Andrej Babiš and his ANO party.

On Sunday, 23 June 2019, Prague saw the biggest public demonstrations since the 1989 Velvet Revolution. The three-hour-long public protest saw more than 250,000 people attend, with many others following online via a live stream. This demonstration was a peak of the gradually growing public dissatisfaction with Prime Minister Babiš and his newly appointed Minister of Justice Marie Benešová.

The prime minister is accused of data manipulation and essentially stealing two million Euros in EU subsidies in the famous Stork Nest affair, as well as a massive conflict of interest. The new minister of justice was nominated right after the Czech police announced that it had obtained sufficient evidence to submit the criminal case against the prime minister to the court. And already two audit reports by the European Commission have confirmed that.

Nonetheless, Babiš has refused to step down, and his government survived a vote of non-confidence on 26 June 2019. Nevertheless, the justice minister – despite refusing to step down herself – agreed to negotiate with representatives of civil society about the future reform of the judiciary.

There is a possibility that the rule of law in Czechia will be severely challenged in the coming months and years, as we have seen in Poland and elsewhere around Europe. The Czech civil society group ‘One Million Moments for Democracy’ responsible for organising the citizen protest is demanding that neither the prosecutor general, nor any other any high-ranking prosecutors be fired at the will of the Minister of Justice.

The government may still make such moves or try to otherwise block the legal case against the PM.

Additionally, the legal battle between Andrej Babiš and his Agrofert corporation is going to take place in the upcoming months and the private interests and wealth of the prime minister would  go first at the expense of the Czech citizens. One can expect that with an increase in pressure by the European Commission and European courts Babiš will become increasingly Eurosceptic in return. There will be another heatwave in Czechia in autumn, so it seems.

Now, how does all of this come together and vis-a-vis the European Liberals?

Andrej Babiš and his ANO party have been proud members of the ALDE Group in the European Parliament, which is now being reformed and renamed in the new Macronian style. The question is: does Babiš’ movement have a place in such a new group that – at least rhetorically – plans to further federalise the European project?

ANO, despite continuously defended by the ALDE Group and Guy Verhofstadt himself, clearly violates most of its principles. In fact, ANO in its policies oscillates somewhere between the European Conservatives and Reformists on Eurozone and the Europe of nations concept and Salvini´s party regarding migration.

Therefore, if the Renew Europe Group was to put its money where its mouth is, it needs to discipline ANO in the same way as the other European families started sorting out their own houses. A criminally-prosecuted prime minister who undermines the rule of law, threatens democratically elected institutions such as the Senate, or flirts with the idea of cutting state support to the Czech civil society organisations would not be a good fellow traveller on the way to a renewed Europe.