Poland: A hollow victory for authoritarianism 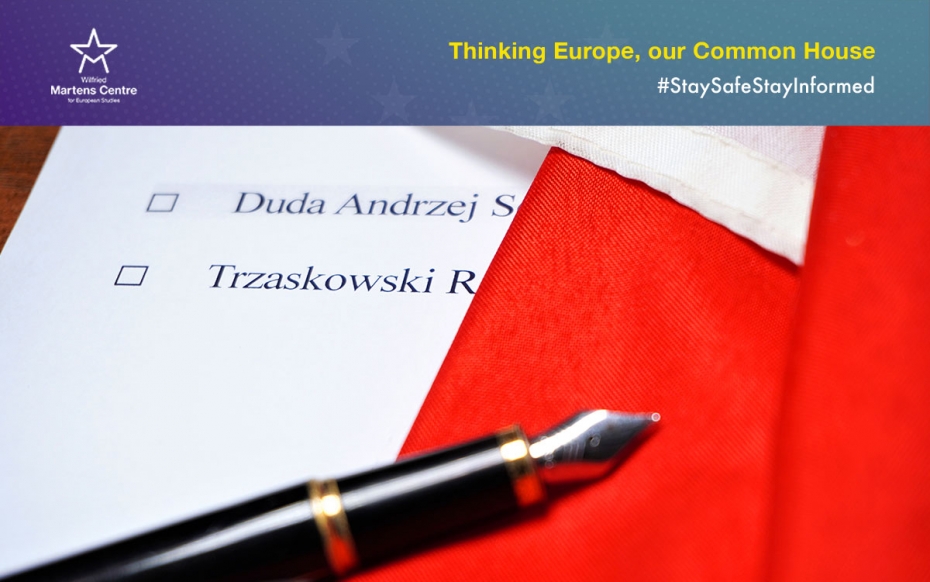 With over 51% of the vote, the incumbent Andrzej Duda of the ruling Law and Justice (PiS) party has won the presidential election against Rafał Trzaskowski from the Civic Platform (PO). This is a narrow victory, but the country’s descent into authoritarianism will continue nonetheless. This result will be taken as a sign of encouragement by all autocrats in Europe. But they shouldn’t rejoice too soon. A closer look at the result, and especially at the dynamics of recent weeks, reveals some cracks in their narrative.

1. These elections were free, but not fair

This contest was David against Goliath. Andrzej Duda not only had at his disposal the government (very important during the pandemic), but also state media. During the pandemic, he could de facto campaign while exercising his office, travelling around the country, whereas opposition candidates were literally confined to social media for much of the campaign. What is more, Polish public media, especially television, overtly and consistently endorsed his campaign. True, most governments – in Poland and other formerly communist countries in the last 30 years – have ensured that public media were rather government-friendly. But that is nothing compared to the relentless transformation of Polish public TV into an Orwellian propaganda instrument for PiS since 2015. Another example of the unequal playing field was the deliberately bureaucratic and inefficient treatment of expatriate voters by consulates in those countries where past elections had been unfavourable for PiS.

2. Rafał Trzaskowski has put himself and his party firmly back on Europe’s political map

Rafał Trzaskowski will now return to his post as Mayor of Warsaw. But he has left his mark, and sooner or later, will return to national and European politics. Among younger voters, and in medium-sized and larger cities, he clearly beat Andrzej Duda. Two months ago, when PO decided to change their candidate and nominate Trzaskowski, no one would have predicted that he could come even close to half of the electorate. Between the first and the second round, he gained an additional 18 percentage points, meaning he swept up practically the entire left-wing vote, and most of those voters who rejected both him and Duda two weeks ago because they both represented the establishment. Against such overwhelming odds, Trzaskowski, in a breathtaking impromptu campaign, inspired and mobilised half of the electorate in Central Europe’s biggest nation.

3. The authoritarian narrative about East and West in Europe is a myth

Europe’s autocrats like to state that not only are Central European societies more socially conservative (which is true to an extent), but also have fundamentally different approaches to liberal democracy, to the rule of law, and checks and balances. Rafał Trzaskowski received almost half of the votes, mainly because so many Poles were fed up with the way PiS has usurped the Polish state, the judiciary, and the public media. Equally aggravating is the party’s use of hatred and bigotry in its treatment of the opposition, and how its actions have isolated Poland in Europe. The culture war narrative about a wealthy, liberal, decadent, overbearing, and Soros-controlled West that wants to lecture a young, dynamically growing, and conservative East about the rule of law has been proven wrong in this election. The insistence of EU institutions, such as the Parliament, the Commission, and the majority of EU Council members on the rule of law is not Western arrogance. It is the insistence on implementing what every country signed up for upon accession to the Union – in terms of values, but also in terms of procedures to safeguard them. To present this effort as a West European or Brussels-based politicised witch-hunt against conservative governments is a distortion that has been exposed by this Polish election.

The immediate future for Poland is predictable: PiS will expand its control over the judiciary, go after private media and push out foreign owners, and curtail local and regional governments’ power. The European People’s Party should raise its voice against such efforts to destroy liberal democracy, no matter which member state they are taking place in. It should expose authoritarian narratives no matter who voices them. And, as importantly, it should recognise who its real future talents are.