Panama papers: on tax avoidance we take too much for granted! 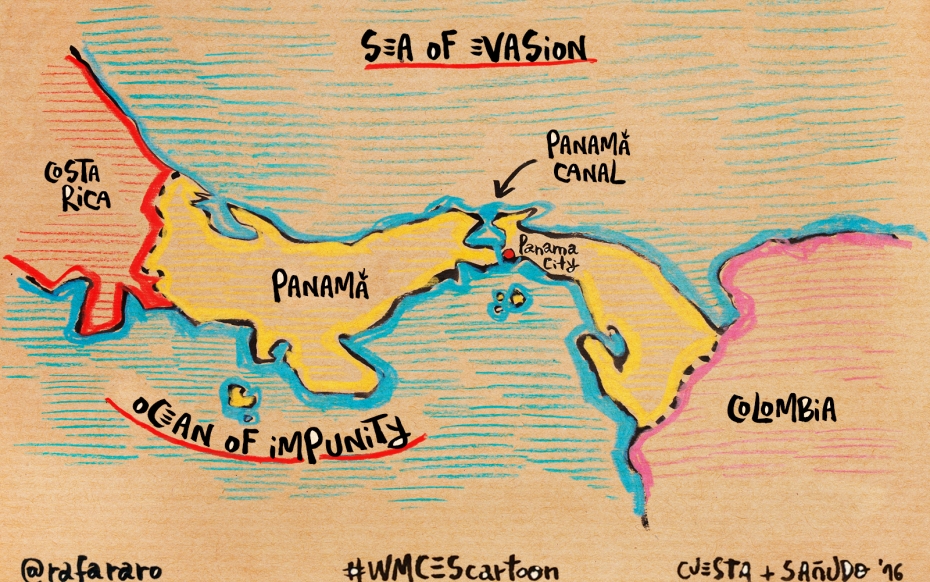 Wikileaks, Cablegate, Offshore Leaks, Lux Leaks, Swiss Leaks, Panama Papers…the last few years have witnessed a spectacular surge in scandals sparked by journalistic leaks of confidential information. With the exception of the first, all others exposed elaborate systems of tax avoidance used by firms and prominent individuals to deflate their tax bills by taking advantage of low tax jurisdictions.

Invariably, revelations provoked outbursts of indignation on all sides of the political spectrum and increased popular anger against ‘privileged’ elites. The occasion was seized by law-makers, international organisations and regulators to vow once more to ‘do something’ about this, to assault the last fortresses of bank secrecy and to move to a world of total transparency in people’s wealth and income.

I confess that I would not like to live in such a world. And I suspect that it would be a far less free and ultimately less prosperous world than the one we know. I am no friend of tax evasion and not even a defender of tax elusion. But there are aspects of the mainstream opinion on tax avoidance and fiscal transparency that any person believing in the sanctity of individual and economic freedom should be deeply uncomfortable with. I would like to signal two of them.

First, there is the ideological option in favour of total transparency – and therefore potential total control – that is implicitly adopted in this debate. It is the red line connecting the more political revelations of Wikileaks with the tax-related leaks of the Panama papers. At the root of it there is a radical breed of ‘democratism’ that treats power and wealth with suspicion – as somewhat fraudulent and illegitimate – and struggles to tear apart the veil of secrecy often protecting their holders. The objective is exposing them nakedly in the limelight, where they will stand defenceless against the conforming attacks of people’s anger and indignation. They will be stigmatised as the morally corrupt and undeserving citizens they are.

This form of staged pressure with strong moral overtones is frankly scary to conservative and liberal eyes. Secrecy and freedom are historically intertwined in the most diverse realms. There is no voting freedom without secret ballot, and freedom of correspondence is a fiction unless one’s letters are inviolable. Can there be real economic freedom if not a cent of one’s wealth can elude the public eye?

There is a second unspoken assumption I detect in the common discourse on tax avoidance. It is the belief that all wealth ultimately belongs to ‘society’, not to those who created it. The implication is that the latter are left the enjoyment of part of it to the extent agreeable to society, as represented by its democratic authorities; but there is no upper limit to the proportion of private wealth society, i.e. the progressive State, can legitimately decide to confiscate to its owners for its own purposes. This is well illustrated by a declaration of Sergei Stanishev, President of the Party of European Socialists, with reference to the Panama papers: ‘The money that these people were hiding’, he said, ‘does not belong to them — it should have been redistributed for the benefit of all.’

How much of it should be redistributed? Perhaps all of it? Is there no limit beyond which society’s claim on its people’s wealth stops being a legitimate demand to promote the public good and becomes instead an odious act of oppression? For those of us who believe in economic freedom, such a limit should exist. This means that, when we discuss tax avoidance, we should, at the very least, be indignant of the exorbitant fiscal demands of modern states as much as we are of the creative tricks used to circumvent them. Such balance is hard to find in the commentaries I hear around, including many coming from the centre-right and the right wing of the political spectrum.

I am familiar with the socialist argument that the rich are getting richer, the poor are getting poorer and the middle class is disappearing. This, we are told, would intensify the urgency to close up all available opportunities for tax avoidance. However, from Marx to Piketty, socialists have been making this point for well over a century. Each time they were proven wrong in the long run. Do we really have solid evidence to argue that ‘this time is different’? I have my doubts.

Finally, there is a most important issue that casts the whole debate on tax avoidance in a completely different light. Historically, tax avoidance was one of the major drivers of Europe’s economic development in the modern era. In ‘The European Miracle’, his classic work on the subject, notable economic historian Eric Jones clearly showed that crucial to laying the foundations for Europe’s economic rise was the ‘curtailment of predatory government tax behaviour’. But what made it possible? The fact is that, at the beginning of the modern era, Europe was a hodgepodge of kingdoms, principalities, and city-states constantly eroding each other’s ‘tax base’ – as modern technocrats put it – through remorseless tax competition. In other words, early modern and modern Europe was a paradise of tax avoidance in which the confiscatory fiscal instincts of rulers were held in check by numberless ‘exit options’ for merchants and bankers. In all likelihood, we owe the rise of a modern competitive economy in Europe – and ultimately our very prosperity – to this fact.

It is no surprise that the leftist ideal should not be the decentralised and competitive Europe of the early modern era, but early modern China, a formidable centralised empire whose bureaucracy of mandarins always managed to squeeze the most out of rich and poor Chinese alike. It was enough to ensure that the country missed out on modern economic growth until the 1980s. But the urge of many centre-right politicians and commentators to embrace the crusade against tax avoidance and for tax harmonisation – instead of focusing on reducing taxes for everyone, rich and poor, so as to make tax avoidance unnecessary – will forever puzzle me.