Let’s Seize the Chance for a Transatlantic Renewal! 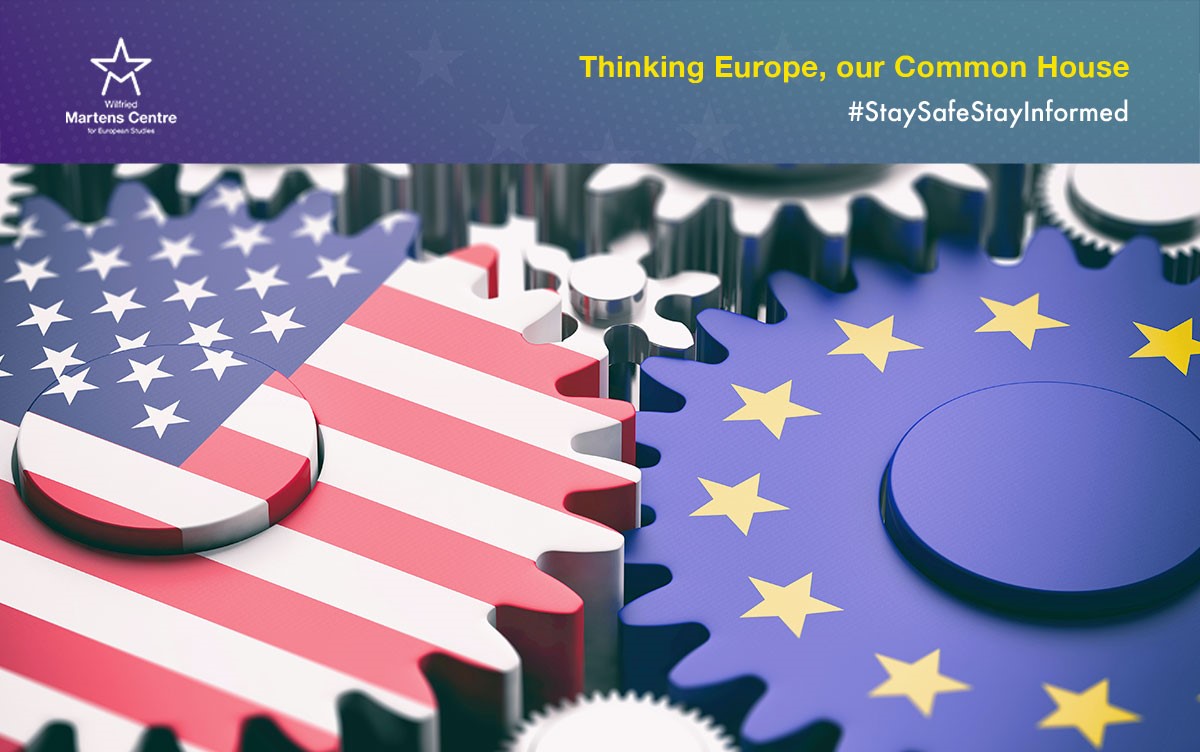 It’s been said after the US election that if outer space could transmit sound waves, someone standing on the surface of the moon could have heard a thunderous sigh of relief from Europe – and most of the world – on 7 November, around midday Eastern Time. And sure enough, immediately the debate started whether across the Atlantic, we will just see an improvement in tone, or whether there would be substantial Transatlantic warming. This debate overlapped with another controversy: Whether Europe would have to decouple entirely (sooner or later) – or make a stronger contribution in order to reinforce the relationship and make it sustainable for the future.

Neither of these debates is entirely new. But the change in the White House is adding a new salience to them. This op-ed argues that the chance for a Transatlantic Renewal goes far beyond a warmer atmosphere between Europe and North America, and that decoupling from the US is neither possible nor desirable. In contrast, the chances for Europe taking on more responsibility, and thereby strengthening the Transatlantic partnership and alliance, are better than at any point in the last 20 years. Let’s take a look at the areas where consensus is relatively easy and success probable, the fields where things will be more difficult but success equally indispensable, and finally at the mid-term future of the relationship.

Fighting COVID together will be the most immediate joint priority, and the news about a vaccine enhances the chances for this to bear fruit very soon. The Paris Climate Agreement is the other issue where cooperation will replace mutual frustration very soon. Biden’s announcement of an American return to the Agreement is great news. Global institutions should be the next area where US isolationism will make way for a constructive approach: re-engaging with the World Trade Organization and the World Health Organization while closely cooperating with Europeans to make both fit for the 21st century, and opposing the advance of authoritarianism. On many regional issues, from Russia to the Middle East, cooperation will qualitatively improve. Finally, Biden’s announced global ‘Alliance of Democracies’ should be greeted with enthusiasm by the EU. The only way for liberal democracies to push back against an increasing authoritarian pressure whose global cheerleader is now the Chinese Communist Party, is to cooperate, coordinate, and exchange best practices, ranging from fighting hostile influence to global democracy support.

Three big topics will require more effort: trade, defence, and China. Biden/Harris will have the Republicans breathing down their necks on all three. Nevertheless, the chances of a new Transatlantic deal on trade and investment are good. Remember, TTIP failed not primarily in the US, but in Europe. Defence may well be the most persistent issue where, after an initial exchange of niceties, the risk of protracted US frustration is highest. Post-COVID, those EU countries which haven’t reached the two-percent-of GDP goal in defence spending of 2014 are unlikely to reach it anytime soon. Europeans within NATO should focus on continuous nuclear sharing, and assume tasks like naval and airspace surveillance and better airlift capacities, also improving their ability to secure Europe’s neighbourhood without always calling Uncle Sam for help. On China, finally, Europe and the US may not be able to agree on an identical strategy, but they can now very well formulate a common core agenda which allows for different approaches while remaining in coordination. Germany will have to rethink its transactional approach and somehow drop Huawei out of its 5G network building, if values mean anything to us. What will be decisive is the common definition of China as a systemic rival, and future competition with China not as a ‘geopolitical’ conflict but as part of a global struggle between liberal democracy and authoritarianism.

Why time is of the essence

Joe Biden will, in all likelihood, remain a one-term President simply for age reasons. But he is currently the most Atlanticist powerful Democrat now. Already Kamala Harris – from California – has a much more ‘Pacific’ outlook, and less experience in, and therefore attachment to, Transatlantic affairs. True, the new administration’s foreign policy will be dominated by ‘2021 Democrats’, who believe in global democracy and want the US to re-engage. This cannot be said about elements of the left wing of the Democratic Party, such as Alexandria Ocasio-Cortez, who is predicted by some to have a bright future in US politics. And then there is the scenario of a continuously Trumpist Republican Party coming to power in 2028, maybe in 2024, and possibly gaining influence as soon as the 2022 midterm elections – but in any case, remaining a national-populist working-class party, powerful even in opposition. All this means that Europeans and the Biden administration have to seize the moment now, and create a framework in which Europe proves its added value to the US much more clearly, also in the future – and which even less internationalist American leaders will hesitate to destroy.

Above all, Europeans now have to beware of three things: complacency, delusion, and defeatism. It would be complacent to lean back and trust the warmer Transatlantic tone to turn into substance by itself. That would backfire badly. We have to put meat on the bone ourselves; no one will do it for us. Delusionary is the idea that Europeans can guarantee their own security and prosperity without a strong Transatlantic bond anytime soon – and that means for decades. The risk of defeatism, finally, lurks in a cash-strapped post-COVID Europe aware of its shortcomings, unwilling to invest in any alliance, and therefore incapable of standing up to autocrats. It would mean burying the hatchet with Putin, the Chinese Communist Party, and their fanbase inside the EU, because all other options are thought to be exhausted. In other words, the officially certified end of Europe, as a community based on values. This bleak scenario can only be avoided in a clear-sighted, determined, and concerted effort to ‘grab history by the coattails’, as Helmut Kohl would have put it, and work on a Transatlantic Renewal now.