End of the West or just politics as usual? 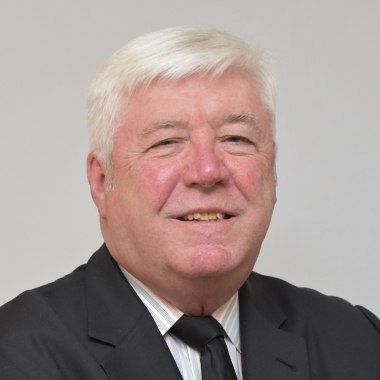 Angela Merkel put the fear of God in many Atlanticists when she remarked in Bavaria “the era when we could fully rely on others is partially over”.  This is classical Merkel speak and it means: “I’m seriously worried and I believe it’s a good idea to say so publicly while avoiding a too blunt statement “.

For a campaign crowd fully aware of her strange and strained interactions with Donald Trump in Washington, Brussels and Sicily, the meaning was clear: we aren’t going to put up with American boorishness on defense spending or foot dragging on climate change, refugees and other matters. To cap it off, the German leader announced that Europeans “…need to take our fate into our own hands”.

The most important aspect of this statement is that after Brussels, but especially after the G-7 summit in Sicily, she has to avoid looking like Trump’s poodle if she wants to be re-elected in September. Although opinion polls are looking better for her than in February, the three left-of-center parties could still topple her if they manage to convince enough voters that only they can confront Donald Trump, and credibly stand for a more independent Europe.

After Brussels, but especially after the G-7 summit in Sicily, Merkel has to avoid looking like Trump’s poodle if she wants to be re-elected in September.

While German politicians are quick to denounce populism, there is a long tradition of using populist rhetoric in the context of hotly contested campaigns going back to Willy Brandt. Certainly, Merkel’s predecessor Gerhard Schröder won an election on an anti-Bush and to a degree anti-American ticket in 2002.  Should we just interpret Merkel’s remarks as nothing more than a candidate feeding red meat to her base?

The answer is yes and no. Donald Trump declared NATO as obsolete and criticized Europeans for not spending enough on their own defense because it sparked an enthusiastic reaction among his core followers who are tired of America’s military commitments in far flung places.   As European have discovered, he meant what he said about defense spending even if he has moderated his views on the Alliance.

Merkel was playing to the crowd and, once the campaign is over, we should expect a more open and conciliatory tone towards the United States if not towards President Trump – provided the current escalation can be kept in check.  But she is also serious about creating a Europe that is less dependent on the US and the UK in terms of the projection of military power, intelligence gathering and global diplomacy.

With the election of Emmanuel Macron in France, European ambitions have been rekindled.  Spring is in the air in Paris, Brussels and Berlin, after a period of gloom caused by Trump’s election victory and the Brexit referendum. Rather than worry about Russian threats or new waves of refugees, Europe’s great and good are now ready to talk about deeper integration, including deeper cooperation in defense and other spheres.

But, honestly: Europeans have little choice over whom to depend on when it comes to the full scale of military threats from Russia. From hybrid to conventional to nuclear, Europe cannot defend itself, even 20 years from now, and will have to rely on the US. What Europe can and should do is improve its capacity to intervene in the Southern neighborhood. But even for that, good relations with the US and the UK would come in handy.

The German Chancellor is also serious about creating a Europe that is less dependent on the US and the UK in terms of the projection of military power, intelligence gathering and global diplomacy.

Americans should take this ambition seriously for three reasons. First, they need to  understand the danger for the German Chancellor in being seen to kowtow to American hectoring. Second, they need to remind Europeans that this ambition does not have to be contrary to US interests but rather supports the American desire for more burden sharing.

And, finally, they need to be clear that the ultimate US security guarantee is NATO and Article V. It is time for President Trump to rethink his rhetoric and actions and to focus on revitalizing the Atlantic partnership through a clear commitment to European defense.

Chancellor Merkel may not have been signaling a pivot away from the United States, but her declaration should spark a serious debate in Europe and North America about how to remake the transatlantic alliance at a time when the problems and threats are quite different from the period following WWII.

Both Merkel and Trump (and Obama before him) have sent out clear signals that the old Atlantic partnership is not working.  Now, we need to decide whether we will just let this once powerful community slide into disrepair and disarray or we will recognize its inherent potential and power for good and take the necessary steps to repair this struggling partnership.