Dancing with the Dragon: how the EU should respond to the Chinese challenge 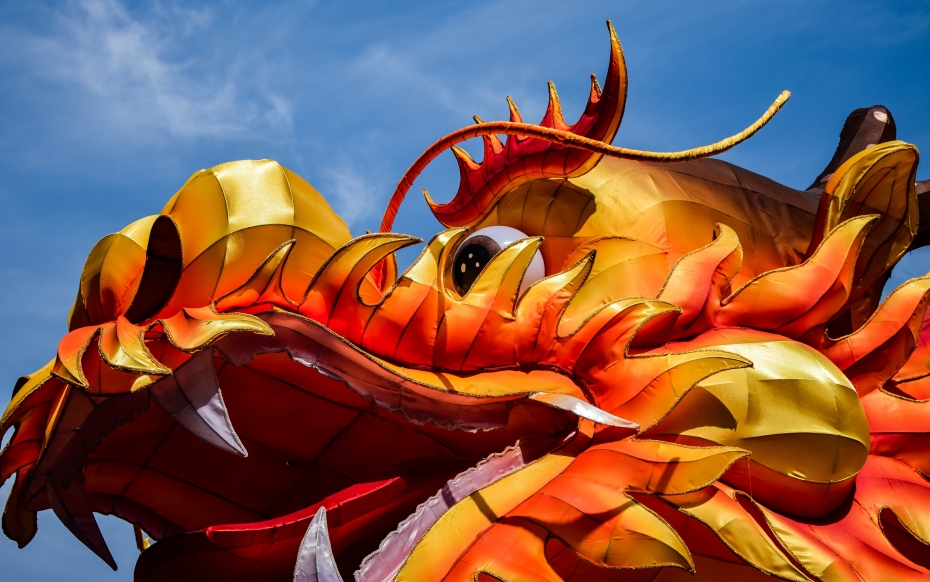 What a difference a year makes! Early in 2017, President Xi Jin Ping’s Davos speech about openness and sustainability seemed to herald a new China, globally responsible and therefore in many ways a potential strategic partner for Europe – especially when compared to Trump’s America which just seemed to have said goodbye to the West.

But come 2018, global media’s biggest China stories are about Australian universities being bullied into firing staff for ‘insulting the feelings of Chinese students’, European investors complaining about intrusive Communist Party cells in their Chinese factories, EU direct investment in China actually decreasing recently, German counterintelligence warning about a broad offensive of Chinese spy agencies and, most ominously, the impending nationwide introduction in China of a Social Credit System which would make Big Brother green with envy.

The Economist had three China cover stories in four months – all with a critical spin: One about China’s questionable trade practices, one about the dangers of Xi Jin Ping’s new authoritarianism, and the last one about how China is spreading its ‘sharp power’ across the globe.

There is no doubt that the rise (or re-emergence) of China is one of the great events of our time that will ‘echo down the ages’ as Mark Leonard said in his seminal ‘What Does China Think?’. But in the past year, the European debate about how advantageous the rapid power shift to Xi Jin Ping’s China is for us, has taken a healthy turn towards realism.

Above everything else, Europeans, and indeed Westerners in general, will have to perceive this as an ideological challenge. Xi’s ‘Chinese model’ (brutally simplified: market economy minus democracy) is not only in direct competition to the Western model of combining economic and political freedom (the takeaway from 1989 to the 21st century, if you will).

But 2017 was the year when it became abundantly clear that the Chinese model has mutated from a competing design to a threat in many ways, through a combination of military expansion, bullying neighbours, strategic investments (including ‘buying’ institutions and people) and political arm-twisting. Of course, such pearls of Western democracy as Trump or Brexit, or electoral successes of national populists across continental Europe are grist on the mills of the proponents of the one party state.

But then again, as long as the one party state produces psychopathic mass murderers such as Kim Jong Un, there is no reason for an overdose of Western contrition. Neither are we powerless, nor is head-on confrontation the only alternative to total acquiescence. Instead, here are eight steps to a more solid response by the EU:

Of course, China is not – and will not be – the only show in town. Take a look at the much-hyped relevance of China to the EU’s foreign trade:  In 2016, Germany, the EU’s no. 1 economy, traded with China goods worth 170 billion Euros. But Germany’s combined trade volume with the V-4 countries (together about 65 million inhabitants) was 255 Billion Euros. China’s phenomenal economic growth notwithstanding, it still faces enormous challenges in social stability, corruption, the environment and private debt.

Even if it’s hard, we should strive for a more coherent answer to China’s ‘Belt and Road Initiative’, coordinating among member states. A joint strategy, or at least, best practice, vis-à-vis Chinese direct investment, would be a good idea. And the governments inside as well as outside the EU participating in China’s 16+1 initiative addressing cash-strapped former communist countries should at least be offered some analysis and intelligence about Chinese investment strategies in connectivity, especially in the digital field.

Even Trump and Brexit have not changed the laws of gravity, nor the relative community of values and interest between Europe and North America. Confronting China on its authoritarian trade model (forced technology transfers, large state-owned enterprises, WTO rules manipulation) will be an excellent field of strategic coordination with a post-Brexit Britain and a US with checks and balances still intact. NATO is also a good framework to do so.

Cooperating with China where useful and possible, but by all means pushing back where necessary. While trade, fighting climate change and, in future, even defending parts of the global liberal order such as copyright law (as Chinese inventors become more defensive) may be good areas of strategic cooperation, China’s sharp power needs to be resisted, by means of our open societies as well as the rule of law and counter-intelligence.

The EU and its member states need to quickly and sustainably improve their expertise on China. That ranges from linguistic abilities to analytical capacities. It will be crucial that these efforts are financed from within Europe, and not by the Chinese government, universities or private investors.

Think tanks and experts analysing China (and not on a Chinese payroll) must cooperate more closely, and build sustainable networks to exchange information and analysis. The EU, as well as national governments and civil society, all have crucial roles to play here.

China should be factored into all strategic policy areas in Europe. Our pushback against Putin is an excellent example: The Chinese leadership is watching very closely how Russia fares with its territorial annexation and military aggression. There is a Chinese factor even in our sanctions policy towards the Kremlin. Whether energy, foreign investments, technology cooperation, relations with Africa (not only in the migration context), even defence policy: there is a Chinese angle to many EU policy fields, hence China must become part of our strategy in all of them.

To Taiwan, which is the living proof that democracy and the rule of law are very much compatible with Chinese culture, contrary to what the CPC would make us believe; to Hong Kong and its courageous democracy activists; to the growing Chinese expat community, and within China to regional and local partners who often genuinely desire more independent relations to Europe. As to China’s neighbours: Countries such as Japan, South Korea and Vietnam should become part of an informal network of intelligence exchange and strategic coordination.

The West has seemed to be losing out already a couple of times in history. In the 1930s, communism and fascism looked like the wave of the future. In the late 1950s, with the Sputnik shock, the victory of the West in the Cold War looked less than sure, to put it mildly. The West has the ability – amazing to many and annoying to its detractors – of bouncing back when it’s least expected to. If 2017 was the year the Chinese dragon began to audibly growl, let 2018 become the year we developed a valid response!