Confronting Piketty and his mistaken concept of inequality 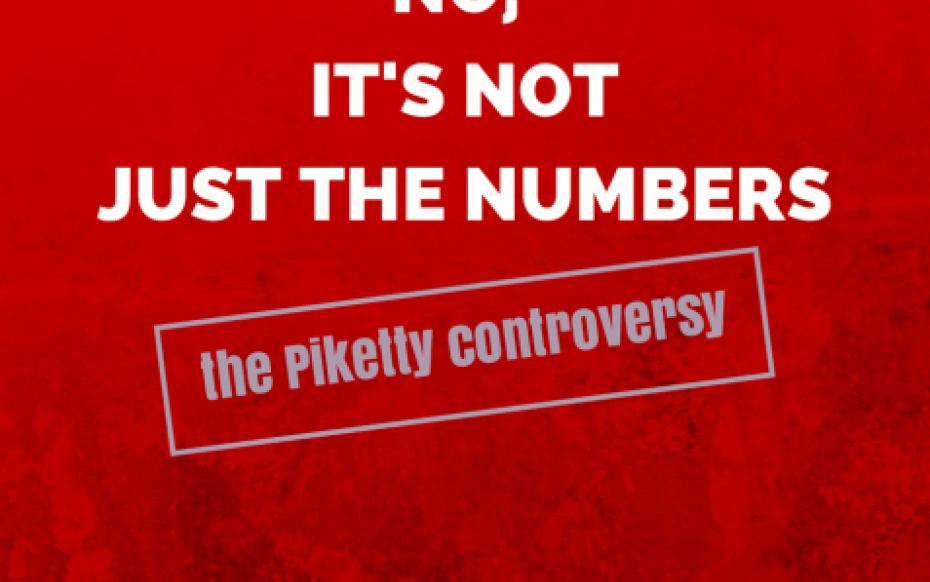 A spectre is haunting us – the spectre of ‘pikettyism’. Originated in France, it draws its strength from a book by economist Thomas Piketty whose work on the historic trends of capital inequality has bridged the gap between academic research and a mainstream audience. His central finding – that inequality will continue to rise underpinned by a disproportionate concentration of wealth in relatively few capital owners – has particularly delighted the progressive establishment in the US, with Paul Krugman and Joseph Stiglitz throwing all their weight behind Piketty and making his study into the economic sensation it became. The risk now is that socialist governments in Europe will embrace this seemingly new rationale for supporting increased taxation and government intervention in the economy.

Piketty is convinced that, if left unchecked, the dynamics of capital accumulation will produce a level of inequality incompatible with our democratic societies. His diagnosis borrows a great deal from the ‘iron laws’ that periodically appeared in nineteenth century economics to predict the catastrophic outcomes of capitalism’s contradictions. His therapy seems little more than a nostalgic update of the confiscatory fashions embraced by most governments until the late 1970s, when top marginal tax rates and inheritance taxes were often above 80%. A century-old theory combined with policies of the 1960s seems hardly a new frontier of progressive economic thinking. In fact, the only policy innovation of the author is a proposal that he himself does not hesitate to define utopian: a progressive global tax on capital enforced through a high level of international coordination. My impression is that such proposal is worse than utopian: it is mistaken. And so are most policy prescriptions in Piketty’s book.

To begin with, Piketty has a very unrealistic view of capital. He identifies capital as all ‘nonhuman assets that can be owned or exchanged on some market’ and treats any income from capital, be it interest, dividends, profits, royalties or other, as a form of parasitic rent. This makes him blind to the fundamental entrepreneurial dimension of capital investment and accumulation in a free society. In a market economy, capital is not just stockpiled so as to produce certain returns automatically: it must be employed productively in activities that are successful and add value to the economy. Piketty’s theory has no place for market competition and entrepreneurial profit, possibly the two most important factors in a market economy. Furthermore, the optimal degree of government control of national income comes out of Piketty’s book as a purely technical problem, so that the author sees ‘no reason why a country cannot decide to devote two-thirds or three-quarters of its national income to taxes’.

Unfortunately, there are excellent reasons why even a far lower threshold has proved to be unsustainable in the past. Incidentally, these happen to be the reasons why a wide consensus in favor of a dramatic reduction in the size and scope of government emerged since the late 1970s. The simple truth is that government is too often inefficient in its regulatory, economic and welfare interventions. It invariably operates by establishing bureaucracies based on centralized control which grant all sorts of privileges and special protections. In fact, ‘rent-seeking’ by special groups has been long recognized as one of the main drivers of the growth in government spending. Piketty’s view of government officials is as idealized as his view of capitalists is demonized. The mundane truth is that both tend to be self-interested individuals acting in accordance with the incentive structure they face. While competition in the free market acts as a balancing force that tends to align individual incentives with social welfare, no such mechanism exist in government.

The moral implications of Piketty’s argument are even more questionable. The obsession of some economists with fighting income inequality is highly misguided. We accept market freedom because it creates a ‘society of incentives’ where everybody can make the most of his talents and innovative abilities and reap the full benefits of them. The rules of this game imply that some of us may get much richer than others and should have the right to freely employ their wealth and bequeath it to whomever they like. Income inequality is the price we pay in order to make our societies more dynamic and innovative, ultimately to the benefit of everyone. Extensive taxation and redistribution may make our incomes more equal, but it will not make any durable contribution to reducing overall levels of poverty.

Instead, the virtues of market freedom are unfolding before our eyes and they have been lifting millions of people out of poverty and deprivation in the last decades. Today’s China is characterized by striking and extreme inequalities. Are we really to conclude that the miserable equality of pre-capitalist China was preferable because it did not offend the social sensitivity of progressive economists? It is no chance that Piketty is completely silent about the economic miracle that has reawakened entire continents after centuries of stagnation and decline. He is too obsessed with widening income inequality in the West to care about poverty reduction in the East and the South. However, it seems to me that the most meaningful moral issue is not by how much my neighbor grew richer than me in the last years, but how many fewer people are starving in the world. To my knowledge, there is no government program of income redistribution that ever contributed to this objective anywhere in the developing world.

Like it or not, it has been economic policies traditionally labelled as conservative that were the most progressive in their effects. In the past generation, the most ambitious leaders of the centre-left (Clinton, Blair, Schröder) were courageous enough to recognize this simple lesson of history and turn their back on the old-fashioned policies of the past. Is it pure chance that their more traditional successors were never capable of repeating their landslide victories in recent years? Piketty’s theories may well be able to win over the nostalgic leaders of the European left, but I have the impression that we can still count on the electorate to look past his simplistic solutions and focus on real policies that will make our societies more productive and prosperous in the long run.