Why Italy should spell the end of Europe’s fiscal rules

Here we go again. With slowing growth, increasing debt and an uncertain global environment, Italy faces another budgetary crisis in 2019.  Once again Rome will face Brussels in a battle for fiscal sovereignty. The result? Either another political fudge or the end of Europe’s current fiscal rules as a credible policy tool. This In Brief argues that there is an alternative to engaging in repeated political arguments about existing fiscal rules.  Rather, the EU should recognise the fundamental weaknesses in the governance of the eurozone.  A move towards a more decentralised monetary union based on the concepts of national fiscal autonomy and a credible no-bailout rule is now essential.  Only then will the eurozone have a realistic chance of long-term survival. 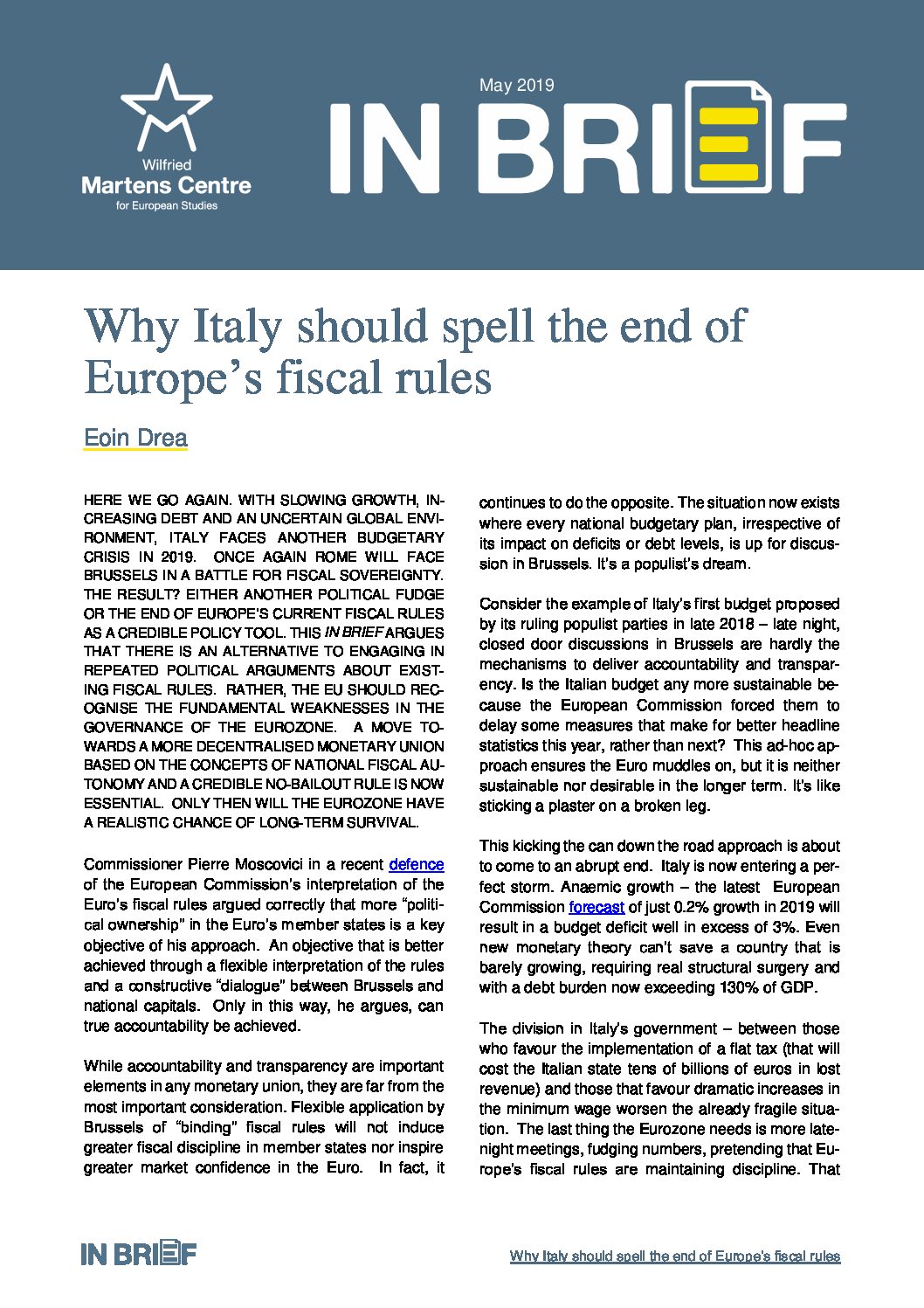