The Transatlantic Trade and Investment Partnership (TTIP) aims to remove trade barriers between the world’s two largest economies – the EU and the US. The goal is to create growth and jobs on both sides of the Atlantic. There are three pillars upon which any future agreement will be based:

However, the opposition to TTIP in Europe has increased significantly. This opposition reflects broader discontent at existing political structures, the continuing fall-out of the economic crises evident in Europe since 2008 and the concerns many Europeans feel about the revelations concerning the National Security Agency (NSA). Empirical  data, however  positive,  will not be sufficient to  successfully counter  anti-TTIP arguments. For many, the benefits are intangible and too long-term.

As noted by the British Parliament,  “the  traditional  political  hurdle  for  trade  agreements  is  that  potential  benefits are diffuse while potential costs are concentrated”. In this context it is important not to rely disproportionately on headline quantitative data, but rather develop real narratives to counter anti-TTIP arguments, which are often not based on the realities underpinning the TTIP process. 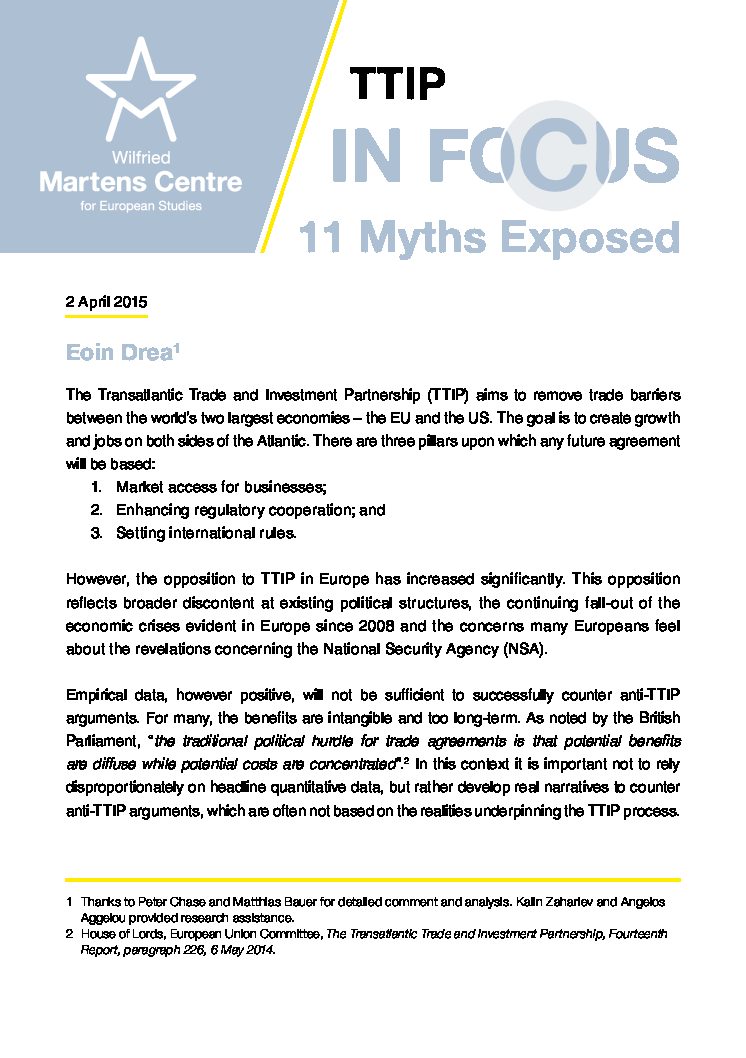