Schuman Report on Europe: State of the Union 2010

After the entry into force of the Lisbon Treaty and in the wake of the financial crisis which has challenged a number of certitudes and just as a new world order is emerging, it is now more important than ever to understand the issues affecting Europe today. The 2010 Schuman Report is a reference work to understand the European Union’s progress, its needs and the opportunities open to it. Once more the authors offer you original analyses which are supported by unique data and maps so that you can understand everything about Europe in 2010. The Report includes 22 articles written under the guidance of Thierry Chopin and Michel Foucher with a preface by Jean-Dominique Giuliani. The leading European experts address the following themes: the European Union after the Lisbon Treaty – opportunities and challenges; the European economic model after the financial crisis; the European Union an its neighbours : how are they progressing? What can Europe offer them?; the European Union in the world : how should it position itself in relation to the new powers? What kind of a relation can be established with the USA? What can be done for the Middle East? 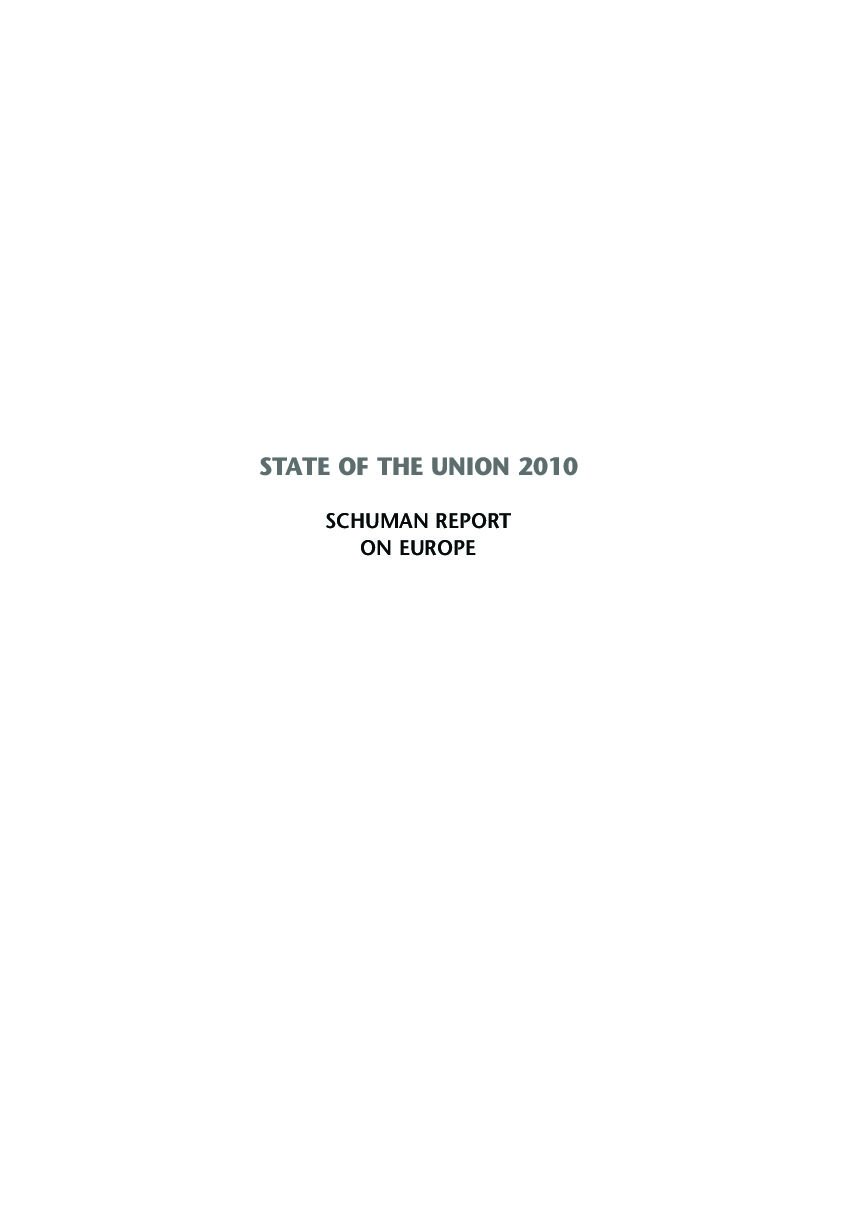