No Illusions, No Regrets: The Current Struggle to Reform Ukraine

The 2013–14 Euromaidan revolution in Ukraine created much admiration and hope among Ukrainians and the international audience. Both Ukrainian civil society and international partners have voiced their high expectations of the meaningful changes in the economy, the political system, and public institutions.

This paper argues that positive changes depend on a clear escape from the Soviet legacy, which provokes political populism and stalls reforms. Despite the immense challenges of the Russian military intervention and the declining economy, Ukraine has made progress with its ambitious reform agenda.

This paper discusses the achievements and setbacks in four policy areas: decentralisation, energy, the civil service and anti-corruption. It includes firm evidence that proves that the results of many of the reforms are already helping the Ukrainian economy to recover from the crisis.

In the long run, the success of a new prosperous and democratic Ukraine will depend on several components of the reform process: vision, leadership, communication, political consolidation and Ukrainian ownership.

The EU can and should help in this endeavour, but the national government must maintain the critical share of responsibility. 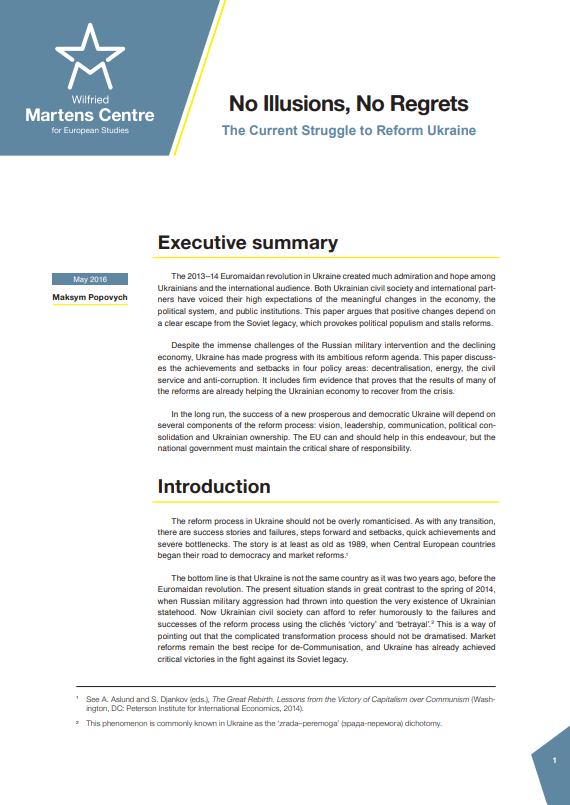 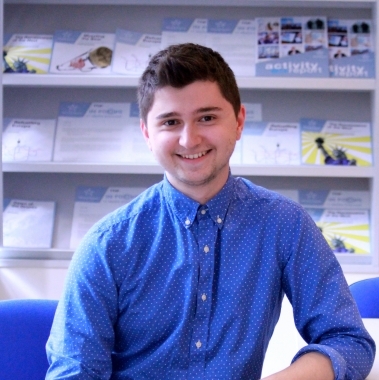