How We Have Become an Enemy in the Eyes of Russia: The EU as Portrayed by Kremlin Propaganda

The EU has been paying increasing attention to the phenomenon of information warfare. However, this has not gone as far as to penetrate the fog of disinformation surrounding the motherland to investigate how the Kremlin’s propaganda machine operates in Russia itself.

The Kremlin uses internal propaganda both to maintain legitimacy and as a defence mechanism against the outside world. By drawing attention away from domestic problems and creating an environment of fear and impending doom, it portrays an alternative reality in which Russia is surrounded by mythical enemies.

The EU is portrayed as an aggressive and expansionist entity that wants to destroy Russia, while at the same time it is depicted as a weak, ‘decadent’ and ‘un-Christian’ union that cannot cope with global challenges.

On the other hand, the Kremlin’s main caveat in doing so, is that Russia’s success is inherently connected with the failure of the West and democracy.

This paper scrutinises the Kremlin’s propaganda machine and its popular narratives about the EU in order to understand how Russia’s media presents the EU and why less than a quarter of the population has a positive opinion of it. 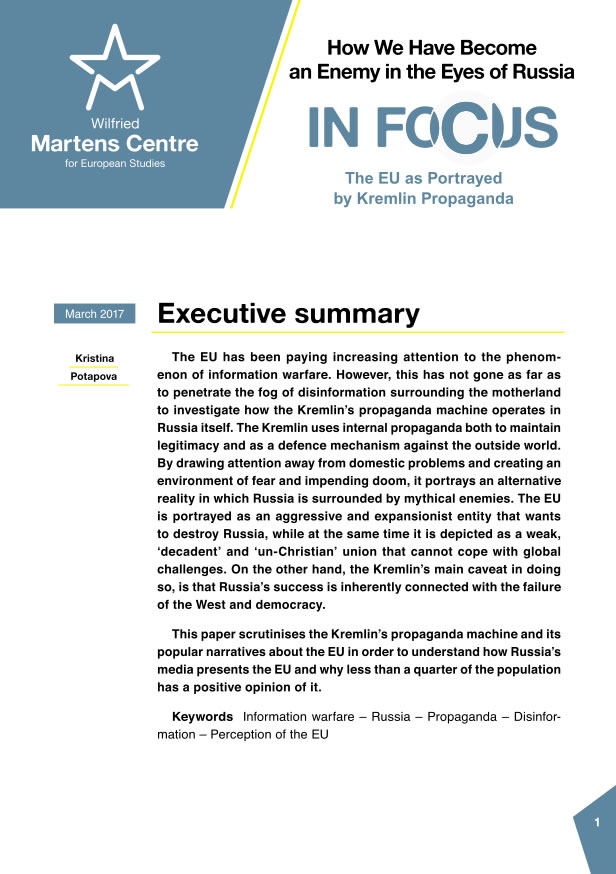 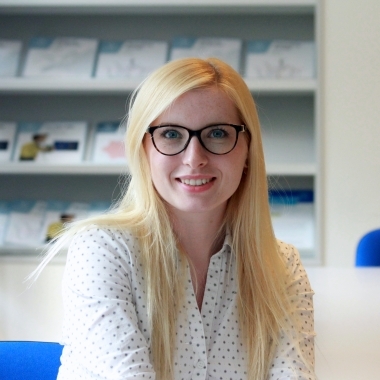