Humane Capitalism: Towards a Centre-Right Approach

Following the financial meltdown of 2007–8 and during the ensuing ‘Great Recession’, a chorus of recriminations against the evils of capitalism was heard. To many who had always distrusted the liberal shift in economic policy initiated in the 1980s, the turmoil on the financial markets was the long-awaited confirmation of their fears. Unbridled capitalism, they concluded, was unstable and unfair. The deregulation in recent decades had put the finances of whole nations at the mercy of financiers’ greed and bankers’ profits.

Unethical behaviour was rampant in the banking industry. Therefore, tighter regulations were urgently needed to protect the public interest and rein in the forces of globalised capitalism. These convictions provided the moral high ground from which to advocate re-regulation, stimulus packages and ultra-loose monetary policy on both sides of the Atlantic.

This paper considers the case for ‘moralising capitalism’ from a centre–right perspective. After defining capitalism and briefly explaining how it works, it illustrates some of its moral achievements and casts some doubts on the responsibility of the capitalist system for the 2008 financial crisis. It then tries to sketch the contours of a specifically centre–right approach to moralising capitalism, also drawing on the rich insights offered by Wilhelm Röpke, one of the fathers of the Social Market Economy. 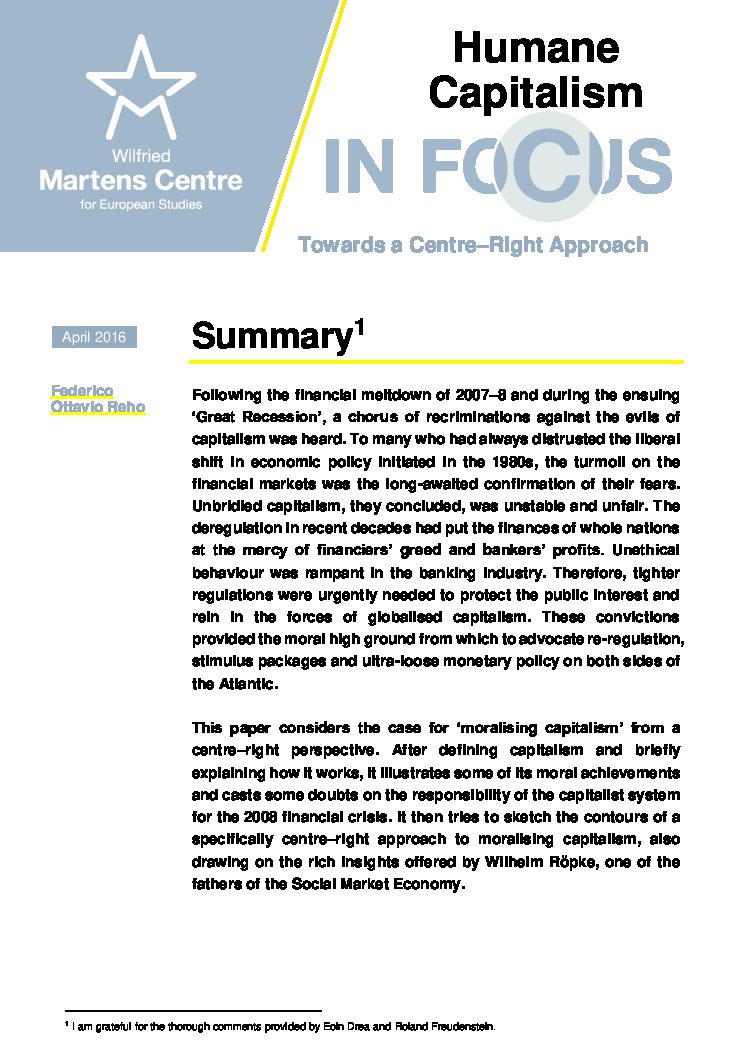