Democracy and Legitimacy in an Economic Union

The sovereign debt crisis in some EU Member States has shown that greater economic convergence, the long-term sustainability of public finan ces and a European approach to banking regulation and resolution is necessary in order for the eurozone to become a sustainable currency area. This requires further economic, budgetary, financial, and thus political, integration of the European Union . However, when EU governance mechanisms are implemented or strengthened there is a need to reinforce the democratic legitimacy of institutions and procedures. In the short term, work should be continued to introduce transnational lists of candidates for the European Parliament and the standard use of roll call voting; the biggest political families should declare their candidate for Commission president before the upcoming elections; and more regular high-level consultation and dialogue between members of national parliaments and European policymakers on economic, financial and budgetary policies should take place. When it comes to long-term reforms, this policy brief puts these proposals up for debate: attributing the right of initiative to the European Parliament and the Council, in addition to the Commission; the direct election of the president of the executive, the European Commission; and having the president of the executive also taking up the role of president of the European Council. Moreover, the European Parliament should be more involved in decision-making, particularly on economic policy. 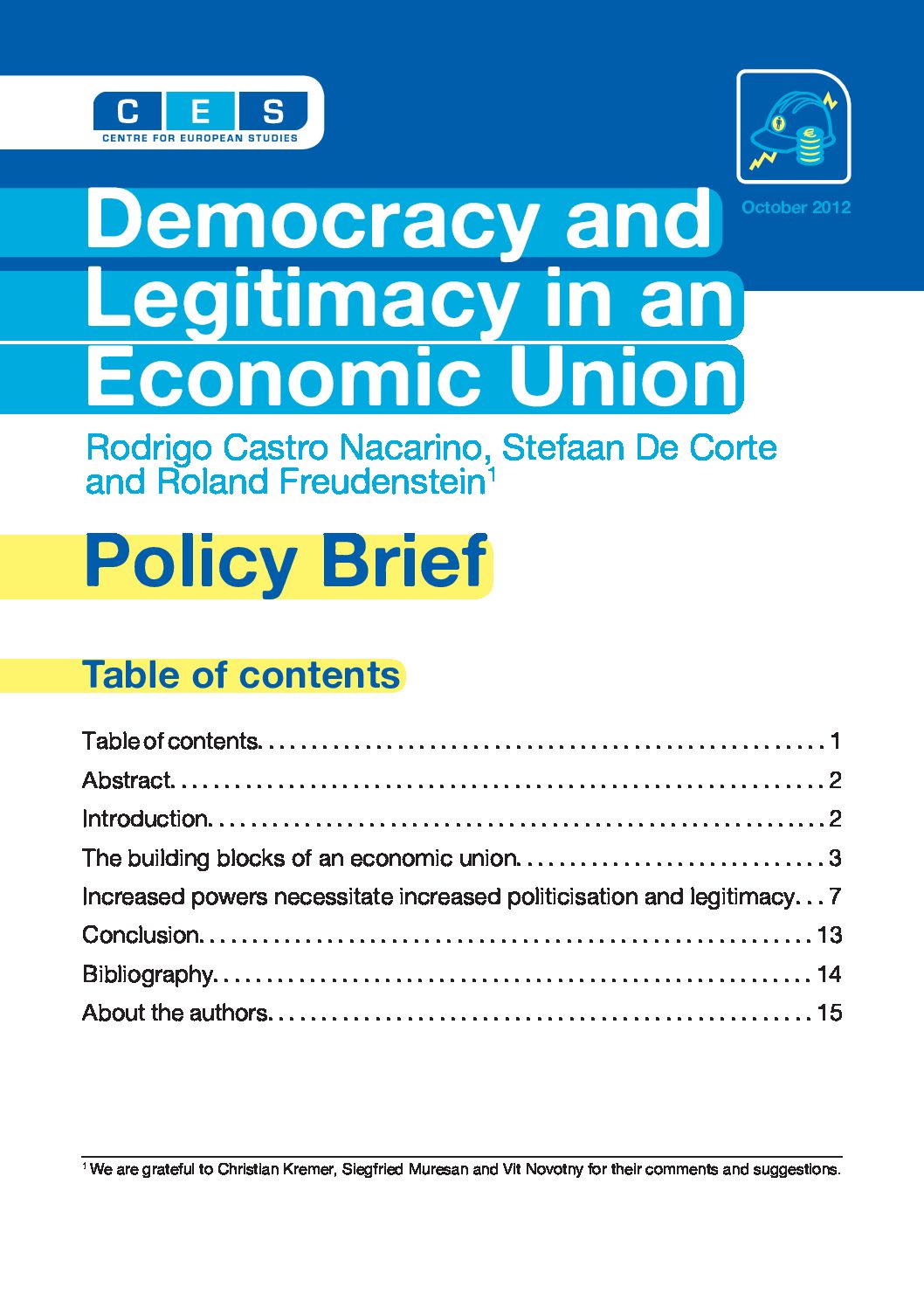