The von der Leyen Commission has made gender equality a central component of its ambitious programme. This policy brief highlights that, notwithstanding the significant progress of recent years, barriers remain which prevent women from advancing equally in society. The first of these barriers is posed by gender stereotypes. The second concerns differences in preferences and opportunities for work–life balance. The third barrier is caused by the combined negative effects of class and gender.

This brief sets forth a number of policy recommendations aimed at helping the von der Leyen Commission to build a lasting legacy for gender equality. Only by making profound structural changes will the current Commission achieve results that can be viewed as truly transformational.

One recommendation is to put educational investment at the core of Europe’s Social Market Economy. The second recommendation is to develop formal childcare for children from three to school age. This is a public policy that has a positive effect on men’s and women’s attitudes towards gender equality, in addition to wider benefits for the economy, parents’ work–life balance, educational outcomes and women’s equality in general. Finally, all policies at EU level should be assessed to determine their impact across multiple barriers and policy sectors for achieving gender equality. Policies focused on vulnerable groups often overlook the fact that the barriers preventing women from utilising existing resources are found in many different areas. 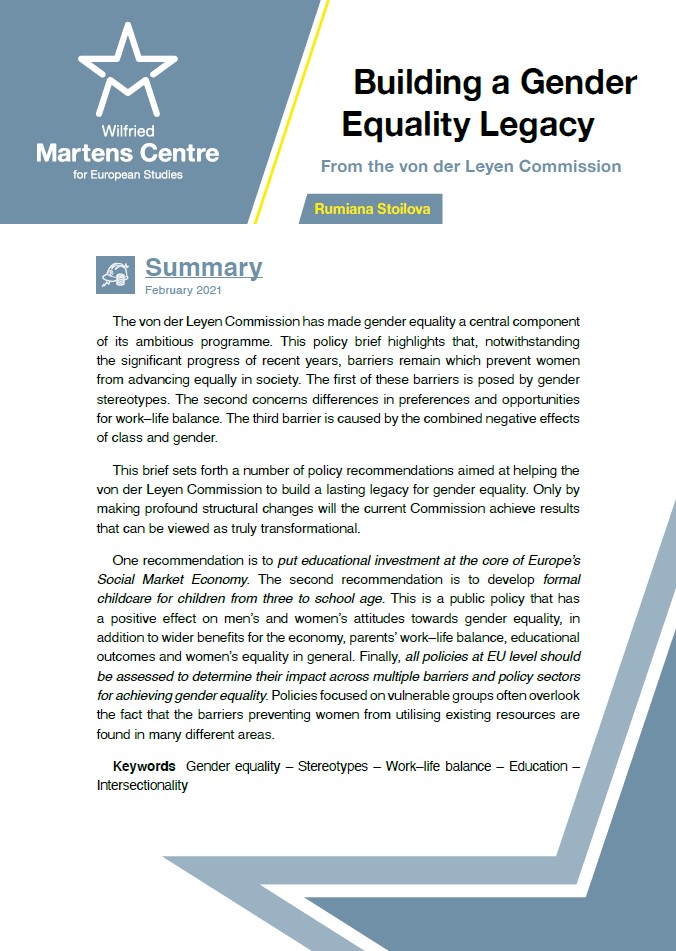 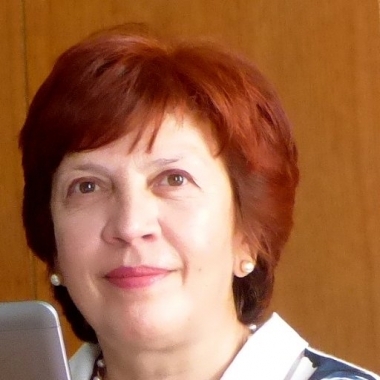