50 Years of Christian Democratic Cooperation in the EUREGIO

‘50 Years of Christian Democratic Cooperation in the EUREGIO’, by Shira Godfried, describes the history of five decades of the EUREGIO, summarises the achievements in cross-border cooperation in the German-Dutch EUREGIO and formulates recommendations on how border regions can play a role in the current EU. This book, published by the Centre for European Studies and the CDA-CDU EUREGIO Association, is on one hand a chronicle, and on the other a guideline for newer methods of cooperation in Europe. It sheds light on the future, describes expectations and formulates recommendations on how bordering regions can play a meaningful role in the current EU. Cross-border cooperation has contributed significantly to the European integration process in various Euroregions in past decades. Political cooperation, in which bordering countries make joint decisions, has proven its value in the German-Dutch Euroregion, the oldest Euroregion of all. Moreover, this book examines the Christian Democratic cooperation between CDU and CDA, but also ascertains that cooperation in border regions is often only made possible by special personal efforts. 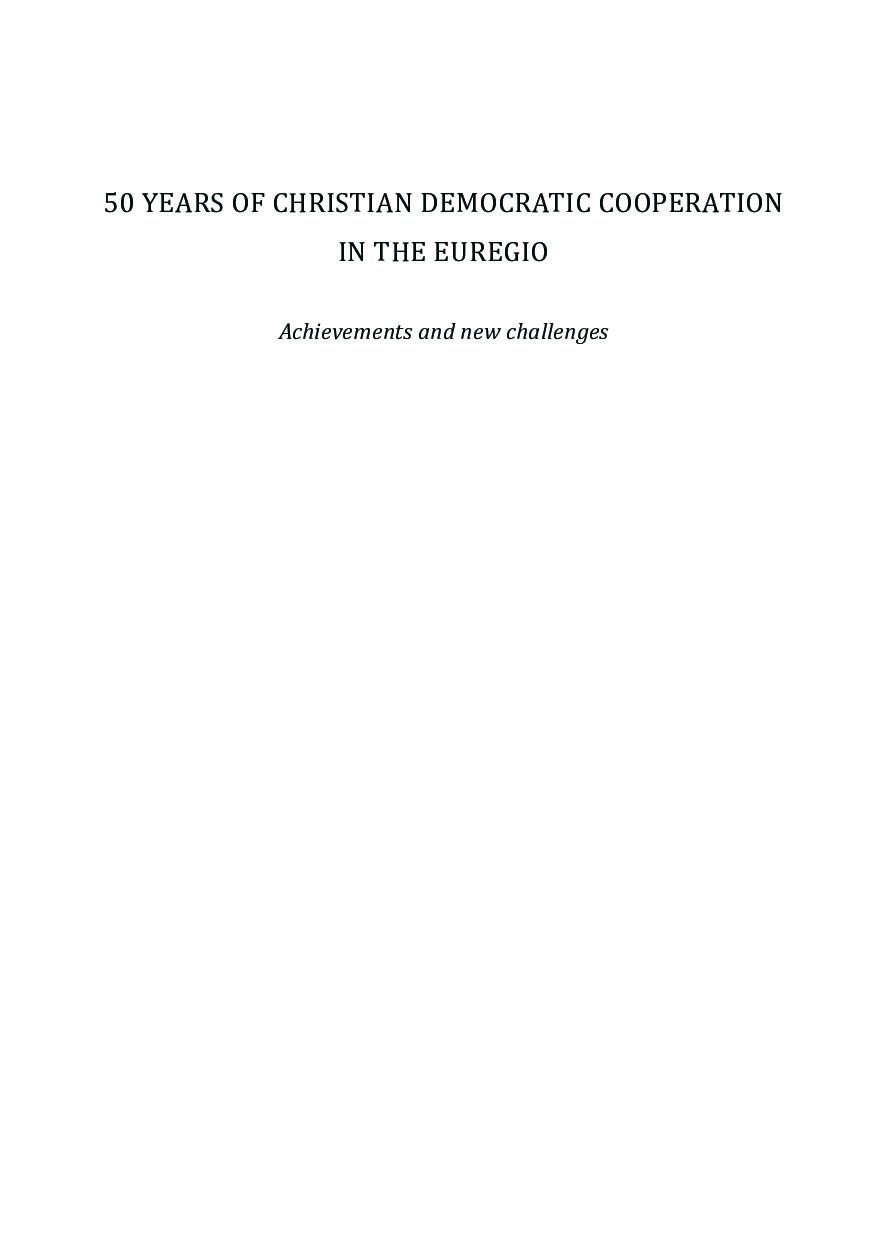