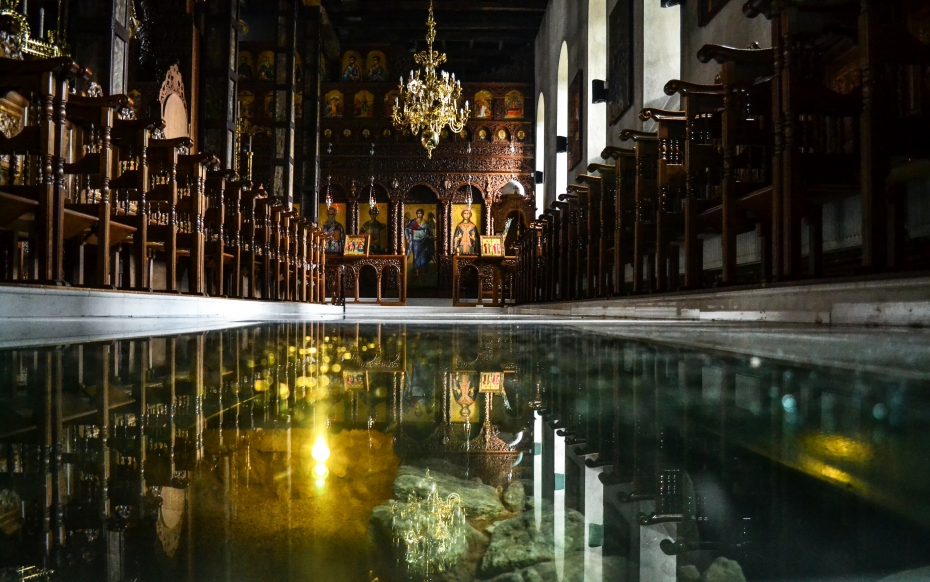 From the perspective of Western Europe, where societies have thoroughly secularized in recent decades, the ecclesiastical feuds of the Christian Orthodox world may seem remote and esoteric. Still, in the East and Southeast of Europe faith stimulates many people, and disputes over the jurisdiction and status of local churches is an important proxy of ethnic, nationalist and political cleavages. The consequences of a potential schism between Constantinople and Moscow will be significant and reverberate throughout Europe.

Contrary to the Catholic world, the Eastern Orthodox Church has no central authority. Τhe Ecumenical Patriarch of Constantinople ranks as primus inter pares among the heads of 14 Orthodox autocephalous churches, having the authority to call extraordinary synods when needed to deal with ad hoc issues, such as autocephaly rights.

The granting of a Tomos – i.e. independence – to UOC-KP by Constantinople threatens the status of the currently dominant Ukrainian Orthodox Church (UOC) that is under the direct influence and control of the Moscow Patriarchate. As expected, this move was confronted fiercely by Russia, which sees Kyiv as the birthplace of its nation. On 15 October 2018, the Russian Orthodox Church announced angrily that it was breaking off all ties with PoC.

These developments have important religious, economic and geopolitical consequences.

After the fall of Constantinople to the Ottomans in 1453, and during the emergence of the Russian Empire as a great power in the 18th and 19th century, Moscow tried to supplant Constantinople as the “Third Rome”, the guardian of Orthodox Christianity. Additionally, the rise of nationalism and the creation of national Orthodox churches in the Balkans and elsewhere undermined further the Ecumenical Patriarchate’s position. Nevertheless, against all odds, the latter survived until today as the spiritual beacon of Orthodoxy.

The Russian Orthodox Church never stopped to act as the long-arm of the Russian political establishment, even during the Soviet era. In other words, the Russian state, be it Czarist or Soviet, always used its national church and its religious channels as a tool of geopolitical influence and often as a source of pressure within the Orthodox world.

At the same time, UOC-KP’s autocephaly is another episode in the Ukrainian crisis. An autocephalous Ukrainian Church means that the Russian Church is losing not only a big number of adherents – almost 30 million – but also one-third of its total parishes outside Russia. In other words, this development is a great blow to Putin’s idea of a “Russian World” (Russkiy Mir) built around ROC’s religious and cultural influence.

Since the beginning of the war in Eastern Ukraine, many of the UOC clergy openly supported the Russian invasion. This had a negative impact on the perception of the UOC by the Ukrainian people. This in turn made UOC-KP’s need for recognition as autocephalous all the more urgent. Given the previous experience of Russian interventionism in Ukraine, one should not exclude provocations and the outbreak of violence when the newly recognised Ukrainian Patriarchate will claim authority over parishes and religious monuments which now are under the control of UOC.

With its extreme decision of excommunicating the PoC, ROC hopes to create a split inside the Orthodox world and to bring other Orthodox churches under its authority. For now, apart from the Patriarchate in Antioch – which toes Damascus’ line of full alignment with Moscow – and the more conservative Patriarchs of Serbia, Georgia and possibly Bulgaria, the rest 9 autocephalous Orthodox churches do not show any intention of endorsing the decision of ROC.

Constantinople’s decision to recognize ROC-KP was a decidedly high-risk move that can spark an all-out confrontation with Moscow. The first target could be the Monastic Community of Mount Athos, an autonomous polity within the Hellenic Republic. The Russian authorities, through heavy financing of the Russian Monastery in Athos, have tried to increase their religious and political presence in the Balkan Peninsula. Another focal point could be Cyprus and Bulgaria, due to strong cultural and historical ties and a strong Russian presence there.

All of the above-mentioned countries and churches are obviously inside the EU. Therefore, it is apparent that Brussels, the Vatican and the US – which for many years has supported the PoC – should strongly endorse and support UOC-KP’s autocephaly. At the same time, their support for the Ecumenical Patriarchate, which is in a permanent virtual state of hostage of the Turkish state, should be strengthened both rhetorically and practically. It is almost certain that Russia will use Turkey, with whom it currently enjoys good relations, as its proxy in order to exercise immense economic and political pressure on the PoC.

Ukraine autocephaly looks irreversible at the moment. But Orthodox Christianity will come out of this conflict wounded and weakened. At the same time, this is an opportunity for all other established churches of Christianity to support and rejuvenate the prestige of the Ecumenical Patriarchate that is under threat not only by its Turkish guardians, but now by Russia as well.

This is a mission that perfectly dovetails with the West’s interest in deterring Russia’s use of soft-power through religion that aims to destabilize its neighboring countries. The struggle over Ukraine’s religious communities is part of a much larger confrontation that has only begun.

Photo by zet pap on Unsplash