How should the EU handle relations with China? 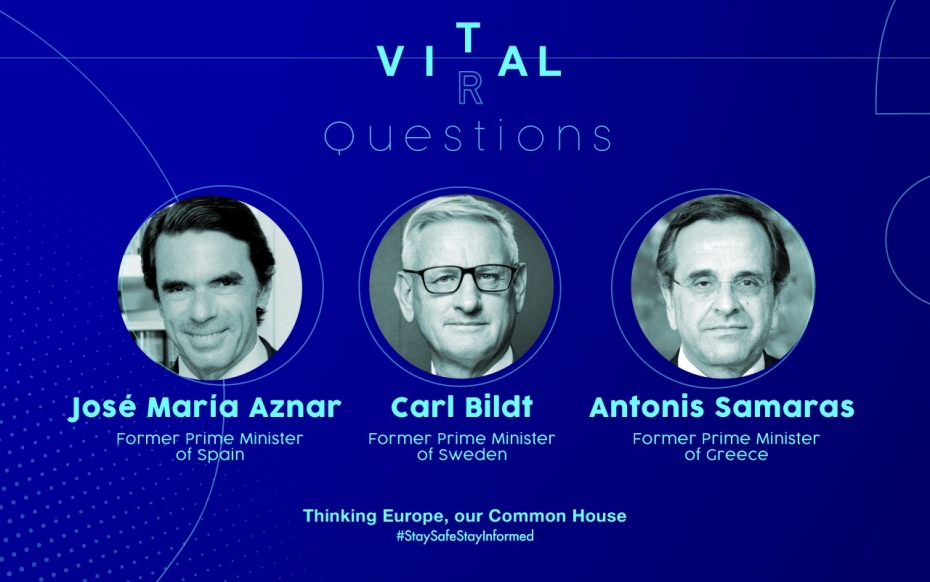 “We should align our efforts with those of our allies, creating a diplomatic coalition to put pressure on Beijing and to warn against China’s failure to preserve Hong Kong’s autonomy and freedom under “one country, two systems”. We have to prepare possible economic sanctions as our response to China’s decision to impose new security legislation. Our response must be convincing to discourage possible Chinese coercion of minorities and especially of Taiwan.”

“On the issue of Hong Kong, it’s important to coordinate our stance closely with international partners, especially with the UK, since it is very much the Sino-British Joint Declaration of 1984 that we must insist on being implemented to the letter and the spirit. Only by acting together, with a broader group of countries – including Canada and Australia – can we have any possible impact.”

“When Hong Kong was integrated back to China in 1997, the general agreement was that nothing should challenge the overall sovereignty of China, and nothing should undermine the basic democratic principles already enjoyed by the people of Hong Kong, including the right of self-governance, their separate western-based judicial system, or the rights of various minorities. The Basic Law of Hong Kong – its formal term – was acceptable by all sides, and formalised the “one country, two systems” principle. This was a balanced approach that has worked so far and I do not believe it should change. I am gravely concerned about the repercussions of any attempt to undermine this agreement.”

Can the EU adopt a common strategy in response to China’s bid for global hegemony, and what should this be? Can Europe “decouple” from China?

José María Aznar: “For most of the last decade, the EU has looked at China through the prism of economic opportunity. Beijing’s transgressions, whether they are phasing out human rights in the country, dislodging South China Sea neighbours, stealing intellectual property from the West, or running propaganda and disinformation campaigns, have been ignored. Now, democratic nations need to make themselves less vulnerable to potential Chinese economic pressure and focus on security issues related to 5G networks. The EU’s common strategy must be based on three principles: 1) recognising that Europe’s values and interests are indivisible, 2) asking China’s government for reciprocity of market access, 3) cooperating with China on cross-cutting issues.”

Carl Bildt: “I don’t think China aspires to “global hegemony”, but they clearly seek to gain increased influence in different ways, particularly in their widely defined periphery. The EU’s policy must rest on two pillars. To engage with China on issues like climate, global trade, and global health, but also to stand firm on issues of human rights, democracy, and non-interference. However, “decoupling” is a strange concept – we are not “coupled” with China. And no one will be able to ignore what will eventually become the largest economy in the world.”

Antonis Samaras: “I believe we should have a common policy vis-à-vis China. But it should be an inclusive approach, not an exclusive one. Extensive dependence on international supply lines from China is not good for Europe or China. On the other hand, alienating China is also wrong. There is room for an “intermediate” solution, balancing the legitimate concerns from all sides.”

The US is pursuing an increasingly unilateral approach on China, which might put the EU in an uncomfortable position. How do you expect this to affect the transatlantic relationship, and what is the best policy for Europe?

José María Aznar: “The EU is in an uncomfortable position, but even with the current deep crisis in the transatlantic relationship, there can be no contest for the EU between its alliance with the world’s most powerful democracy, and a communist state that parades its contempt for European values. There is a strategic imperative to work together with the US, because the challenge posed by China will grow in the years to come, and only together can we safeguard the liberal international order.”

Carl Bildt: “We must develop our own approach, and the paper from March of last year is a good start. What is profoundly embarrassing is that the EU is often blocked by some member states from being critical towards certain Chinese policies, notably when it comes to human rights. We must also hope that there will be someone in the White House open to constructive dialogue with the EU on these issues, so that a common position can evolve.”

Antonis Samaras: “Europe is a long-standing trading partner and security ally of the United States. Europe is also a valuable trading partner of China. We will probably have to redefine both of these partnerships. However, most importantly, we must make them “compatible”. Europe can act as a valuable mediator between the US and China.”