Does global trade have a future? 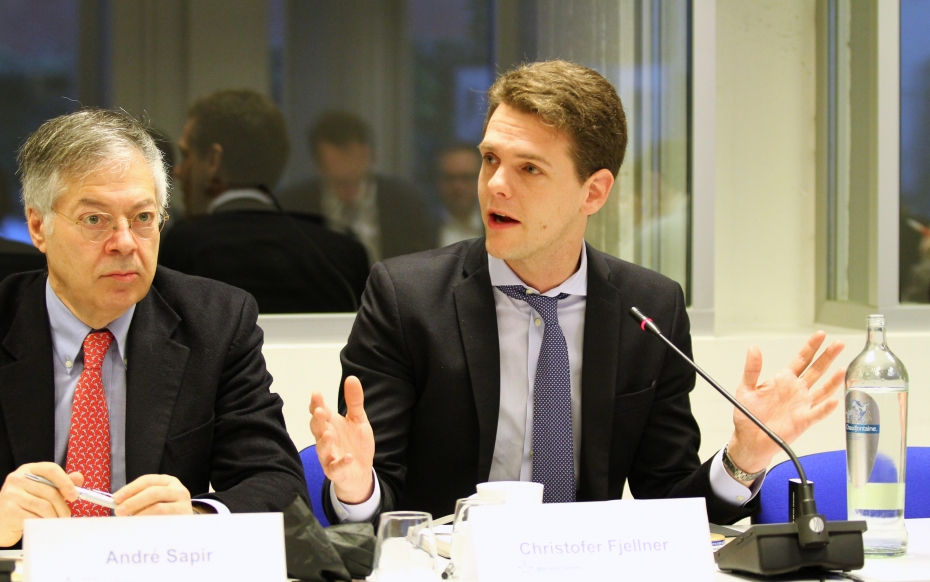 ‘Since the start of my academic career, I have never had a student critical of international trade. Only until recently has this positive opinion changed,’ stated Anu Bradford, Professor of Law and International Organization at Columbia University. The prolonged economic stagnation, she claimed, has played a role in changing attitudes, along with a failure of elites to recognise citizens’ legitimate concerns and promote an inclusive globalisation.

As a panellist of the event ‘Does global trade have a future?’ hosted by the Martens Centre on 11 January 2017, Prof. Bradford gave her opinion on the current state of play in international trade and the potential ways forward. The Executive Director of the Wilfried Martens Centre, Tomi Huhtanen, invited panellists to reflect on how the current backslide against international trade agreements could be stopped.

The Transatlantic Trade and Investment Partnership (TTIP) formed an important part of the discussion. Up to this date, no agreement has been reached and the deadline for its conclusion has passed. Christofer Fjellner MEP (EPP, Sweden), however, expressed some hope that it could be finalised at some point in the future, when the new US administration may be open for business again – provided that Europe will solve its internal difficulties.

At the moment, European leaders should not focus on blaming the new president Donald Trump for the failure of TTIP but show their own willingness to continue negotiations.

André Sapir, Senior Fellow at Bruegel and Professor at Université Libre de Bruxelles, stated that the economic case for trade and trade liberalisation remains strong and holds the promises of improving allocation of resources globally and nationally.

It is important, however, to distinguish between trade agreements for which the EU has exclusive competence and mixed agreements that are broader and involve national regulatory issues such as consumer and environmental protection. Citizens should have been more engaged in the process of negotiating TTIP, an agreement of the second type.

In order for EU trade policy to have a future, Prof. Sapir and Prof. Bradford emphasised the need for more transparency and an unambiguous commitment from the EU towards its trading partners. The recent difficulties with the ratification of the EU-Canada Comprehensive Economic and Trade Agreement (CETA) sent a negative signal and it will be necessary to rectify and learn from the mistakes that the EU made on this occasion.