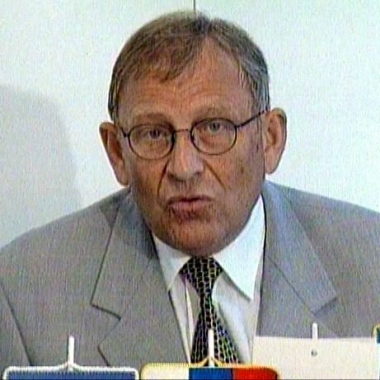 The real reason for youth unemployment is structural incompatibility between the attained education and the needs of the labour market. Among Slovenian 24-29-year-olds, who have successfully completed their education, 24% are unemployed. This percentage is growing faster than unemployment rates in other EU countries. How is this possible, and what can we do about it?

An explanation can be found in two developments. The enrolment into tertiary education in Slovenia is about 70%, the highest percentage among all member states. The recommendation of the European Commission was 30% and was raised to 40% in Agenda 2020. Also, Slovenian graduates majoring in social sciences and liberal arts outnumber those who major in engineering and natural sciences by 2.68 to 1.

The first measure, which is a starting point for all others, is to provide early and correct information to young people and their parents about the situation in the labour market. Without the necessary information they cannot make well-balanced decisions according to labour market needs. It is absurd to expect that the labour market and the choices for studies will automatically harmonise. Clear information is needed and it should come from an institution or non-governmental organisation enjoying the trust of the general public.

The second measure is an administrative restriction of enrolment in study programs, which should reduce enrolment from 70% to 40%. The restrictions should be introduced very carefully and on the basis of the largest possible political consensus. On the one hand, we should be aware that it is in the public interest that public financing only supports those study programs which are expected to produce graduates that can be employed within a reasonable amount of time after graduation. On the other hand, the basic right of each person to obtain the education he desires should be respected.

The third measure should be to introduce special study programs for young graduates to make them more employable. Unemployable graduates represent a social burden, a significant loss of talent and is a cause of social instability. As it is in the public interest to retrain them, the government should provide some assistance.

The crisis of human resources represents a serious threat to our economic development and social stability. The exit out of the economic crisis, and our future in general, depends a great deal on how we will address the human resources problem.
It is clear that a deeper analysis on the structure of professions and educational levels in member states with high youth unemployment and how the structure will be employable by 2030 is needed. Based on this study measures could be enacted that would coordinate the younger generations’ educations with the demands of the labour market.