This Can’t be True: A book review 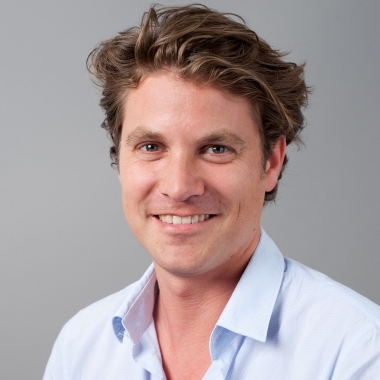 Joris Luyendijk was invited by The Guardian in 2011 to write a blog about the City of London and learn about the financial world. He did so for two years. Known in The Netherlands as a journalist and writer on the Middle East, he wrote a book entitled Het zijn net mensen (Hello everybody) in which he separated fiction from reality in journalism. Luyendijk himself knows little more about the financial world than we do and he had to find his way into the City to meet bankers, traders, analysts, brokers, lawyers, etc.

As an anthropologist he tried to go native in the world of finance. His book, translated from its Dutch title This can’t be true, is a summary from his blog for The Guardian, in which the mist of the credit crunch slowly evaporates. The reader gets a feeling of these faceless humans in their bespoke suits, its unwritten rules, taboos and hierarchies in this city that functions like a village or tribe. The book exposes the secrecy of the financial world and how it developed its own rules and (inter)national laws. The bankers’ personal opinions give the reader a human feeling of a world that is often considered in the popular media to be made up of little more than incalculable economic theories.

The problem described in the book is the onset of the financial crisis in 2008, which according to his interviewees had, at it’s a core, a small group of projects and people. Even the people that were most involved did not expect this crisis to happen. Over lunches and glasses of wine, Luyendijk learns about the reasons for the 2008 crash in the financial world. A lot of profit making by traders and brokers was, and still is, based on short-term thinking. Job insecurity makes the bankers less involved with their bank and therefore they are not concerned with long-term consequences. The CEO’s of the big banks only seem to be interested in profits and have little care about the impact or consequences of their products. And all of these pawns play with other people’s money for banks that are listed and have grown so big that they have become too big to fail.

Everybody was shocked when the credit crunch happened, nations, consumers and banks all agreed that something had to be done to alter financial practices. But, years later it looks like it is business as usual notwithstanding the increased financial regulation imposed by both the EU and British authorities. The banks are still too big. The so-called Chinese walls that separate divisions within banks, and the many extra rules are still breeched.  And the same outrageous bonuses are back in the city. Bankers explained to Luyendijk that the caveat emptor, the contract law principle, of which the buyer should beware is still in a place. Hence, the buyer is responsible for any loss concerning the purchase, not the broker.

Joris Luyendijk ends his book the way he starts, with a story of him being on a plane when he sees a big flame coming out of the engine. He turns to his neighbous, but everybody tells him that all is well. He makes his way to the front of the plane and finds out that the cockpit is empty. The system with its perverse incentives is the problem and if we do not tackle the problem, 2008 will happen all over again. The increased financial regulation imposed in the EU since 2008 is only the first step in making the financial system safer for us all.