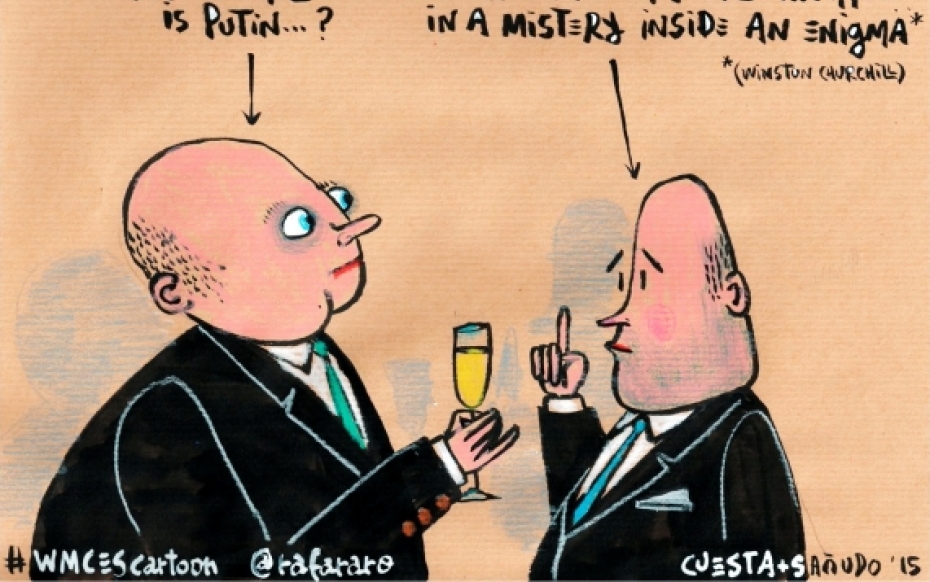 So what’s our takeaway from the unexplained 10-day disappearance of President Putin, now that it’s over?

1. if he didn’t plan it (f.e. because he may have had a flu initially) he certainly started enjoying it after a couple of days, when speculation went into overdrive. And he really used the whole thing in his favour. I believe the disappearance/reappearance thing has an almost spiritual dimension, especially for Russians. Like a kind of resurrection. He is in control of reality. Now you see him, now you don’t. He knows the world exists, but the world doesn’t know whether he exists. It’s a form of domination, creating a dependency.

2. And weren’t we all relieved (except for a few diehards) when he turned up again, and Russia was spared anarchy and upheaval, or some other fate worse than Putin? Wasn’t the world happy that no Chechen finger was suddenly on the nuclear trigger? And didn’t some people draw the conclusion that if there are so many things and people worse than Putin, maybe we shouldn’t be so tough on him with the sanctions? Mission accomplished, Vladimir Vladimirovich!

3. And for at least half of the 10 days of absence, didn’t we spend far too much time on speculation, neglecting Russia’s aggression against its neighbours, the nose-diving economy, and the political oppression? Again, mission accomplished! Molodyets!

But, 4. – and this has, fortunately, often been pointed out over the final weekend of Putin’s stunt: This, or anything remotely like it, would never be possible in an open society. No freely elected leader accountable to his or her citizens could or would go incommunicado like that. And this difference really counts. Because it means, and this cannot be repeated often enough, it means that we don’t have two equivalent empires locked in some kind of geopolitical struggle. We have liberal democracy vs. kleptocratic authoritarianism. If not good vs. evil, that’s at least better vs. worse. That’s what gets me when people say that the West has made mistakes, too, or that Ukrainians are no angels either. All true, but does that mean we can assume some kind of moral equivalence between the two sides? Hell, no!!!! So instead of continuing the speculation, let’s draw the right conclusions from Putin’s absence. Though I admit the thought of Vladimir V. Putin sitting in a dark prison cell has its charm……