The future of political parties 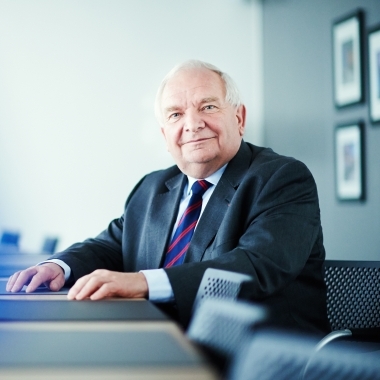 Traditionally, political parties have had a large and fixed membership that they could count on for support. Not only was membership seen as permanent, but it was also passed down from one generation to the next. This relationship was an essential part of political life in our democracies. However, globalisation and technology, amongst other factors, have forever altered this reality. These phenomena have opened up a new world where citizens can engage in politics outside of the framework of political parties.

Western society has changed from a church-centred community to an individualistic society. The ties between its members are weaker—and sometimes missing altogether. At the same time, people feel more connected than ever: via the Internet, reaching out to like-minded people has never been easier and more effortless. This combination of local disconnection and global connection has repercussions for politics as a whole and for political parties in particular.

The free flow of information is vital for a modern, functioning democracy as it helps people to engage with their representatives. We very much encourage this flow, especially as democracy not only gives freedom and rights to citizens, but also gives them the responsibility of proactively engaging with the society in which they live. However, as we can see from Russian propaganda, information can be manipulated or distorted to create false perceptions. In this respect, political parties have an important role to play: not only must they guide citizens through the sea of available information, but they must also act responsibly when engaging with the media.

While people are benefiting from the enlargement of their world, globalisation also seems to have instilled fear in citizens, by bringing previously unknown threats into their living rooms. Moreover, the economic crisis has created discontent among voters, not only about the practices in the financial world but also about how politics and the political establishment have handled the crisis.

This has created the opportunity and made way for protest movements and new types of parties to emerge. Unfortunately, these new parties are strongly populist, lean to either the extreme left or the extreme right, are single-issue based or anti-establishment, and are polarising our society. Moreover, they fail to provide a feasible vision for the future of our community. It is worrying that many voters believe that these political parties are serving our democracy. However, we can do more than sit back and hope that these parties will destruct themselves.

The rise of these parties offers an opportunity for people’s parties to show clear leadership and vision, and prove to our electorate that we do not shy away from taking difficult decisions and explaining them to the people. Established parties with well-elaborated policies are particularly capable of tackling the complexity of today’s challenges. However, such action may require people’s parties to modernise and effectively adapt to the new and empowered society that is emerging. Citizens are demanding results and proper representation. Furthermore, we need to make an effort to win back the hearts and minds of the citizens.

The articles in this issue of the European View provide ample food for thought regarding the modernisation of our people’s parties to meet the needs of our new society. Some authors question whether the representative model of democracy is still valid, and propose the introduction of direct democracy or open source democracy, where citizens use the Internet to tell their representatives how to vote. Others believe that political parties remain the best vehicle for translating citizens’ concerns into policy, but simultaneously argue that the parties need to do more to engage citizens, to explain themselves and to serve voters.

As the president of the European People’s Party, I too believe that the citizens are best served by the representative model and that political parties are the best-developed vehicles for this purpose. We have to make sure that we not only keep pace with developments, but that we also use these changes to engage citizens on the largest scale possible. It is important for democracy that parties behave responsibly and always act in the best interests of the whole of society—and not merely in the interests of those who have voted for them or even in the interests of the current generation. We need to look beyond the present and create sustainable solutions to ensure a secure future for our children and grandchildren.

This editorial was originally published in the June 2015 issue of the European View, Martens Centre’s policy journal.