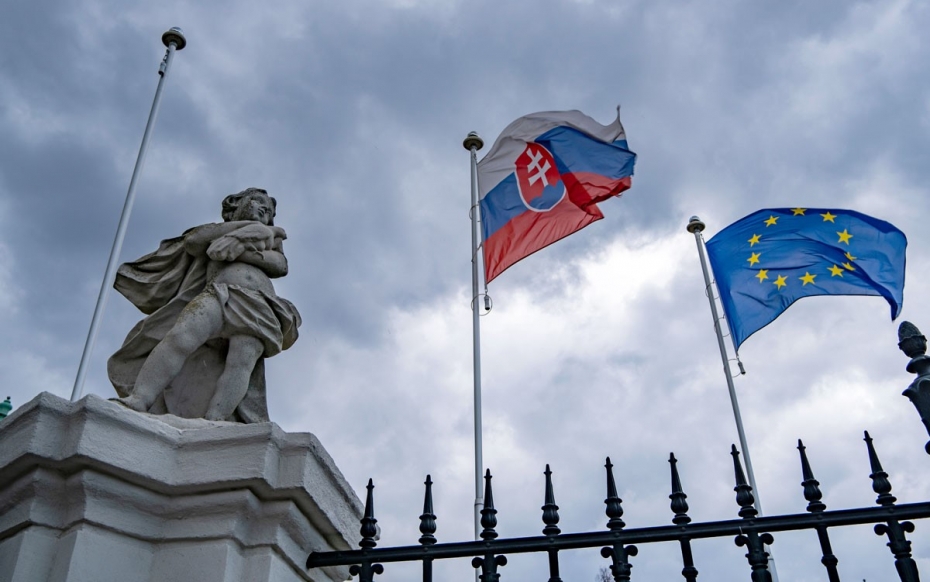 The Slovak parliamentary election brought a change. A major change.

The fact that this pivotal change has been at all possible represents the best outcome of this election. It demonstrates a high level of democracy and pluralism in our country. This is no empty phrase or statement of the obvious, especially in the light of developments in some, including European, countries. Fair political competition, free media, active civil society, a record-high turnout of Slovaks working and living abroad, made Slovakia score highly for the quality of its democracy and its level of pluralism.

The level of pluralism is an extremely important factor in the health of society. It enables the citizens’ active participation in public life and a smooth transition of power between governments with different programmes, leanings or ideologies. Such changes have regularly taken place in Slovakia since the revolution of 1989, and this is good. If pluralism prevailed in, for instance, the Middle East or in several African countries, there would be fewer wars, violence and ultimately, less migration to Europe.

The new Slovak government will be broad. But the government in 1998 was even broader. Nobody should be a priori excluded. In more than one instance I was reaffirmed in my belief that opportunity creates leaders. Such an opportunity has opened up for the new generation of Slovak politicians. It will not be easy. The parties of the future coalition have raised high expectations. They promised they would replace kleptocracy with Samaritarianism, oligarchy with altruism. We should keep our fingers crossed for them in that ambition. Not forgetting that, in a democratic state, the judiciary is independent of political power. It will thus be important not only to watch the government’s actions, but also to continue maintaining civil society’s attention and pressure on the judiciary so as to prevent it from confusing independence with arbitrariness.

In this electoral campaign centred on corruption, not much space was given to tackling economic issues. Yet, economic problems are considerable. Slovakia did not make use of its years of good economic performance to create savings, carry out structural reforms, and make improvements in the quality of education, science, and healthcare. After a period of gradually catching up with the most advanced countries, the Slovak economy feels like it is stagnating when compared with the leading European countries.

The new Slovak government will be broad. But the government in 1998 was even broader. Nobody should be a priori excluded.

The course towards convergence has halted, the economy lost its momentum, and it is again facing the risk of falling behind. Even though the political parties did not stress these themes in their campaigns, they know all too well that it will be difficult to restart the economy and provide it with new, sustainable and forward-looking incentives. All the more so given that external factors are not as favourable for Slovakia as they were in “our” years.

New resources are needed for defence and security, environmental protection, new technologies, and for the reform of a heavily indebted Europe, and not least for responding to coronavirus.

What I missed even more in the campaign was the European context of Slovakia. Looking at Slovakia through the European optics is not a cliché, nostalgia or a customary phrase. The developments in Europe in our nearer or more distant neighbourhood have an increasing impact on us. Greek islands protest against the construction of immigration detention centres, worried Greek inhabitants of Lesbos and other islands are leaving their homes and moving inland. Turkey threatens to open the gates and send new migrants to Europe.

What I perceive as a great risk for the future government is the attempt to rule by surveys or polls among the citizens. This is nothing new in Europe. Italian comedian Beppe Grillo established his Five Star Movement in 2010. He founded his programme (and largely also his candidate roster) on the Internet and through opinion polls. He wanted to rule based on the wishes of the citizens. When the movement first ran in parliamentary elections in 2013, it ranked second and ended up in opposition. In 2018, running already on the independent ticket, it obtained the highest share of votes – close to 33%. However, in February 2020, after less than two years in government, its poll numbers were down to 14%. And after years of a Five Star Movement government, Italy is not in good shape.

It is no doubt necessary to know how to listen to people. It is necessary to feel for and empathise with them. But, at the same time, making decisions and taking responsibility for their decisions is not only a privilege, but also the elementary duty of politicians in whom the citizens vested their trust.