Saving capitalism from itself…a topic for the European elections? 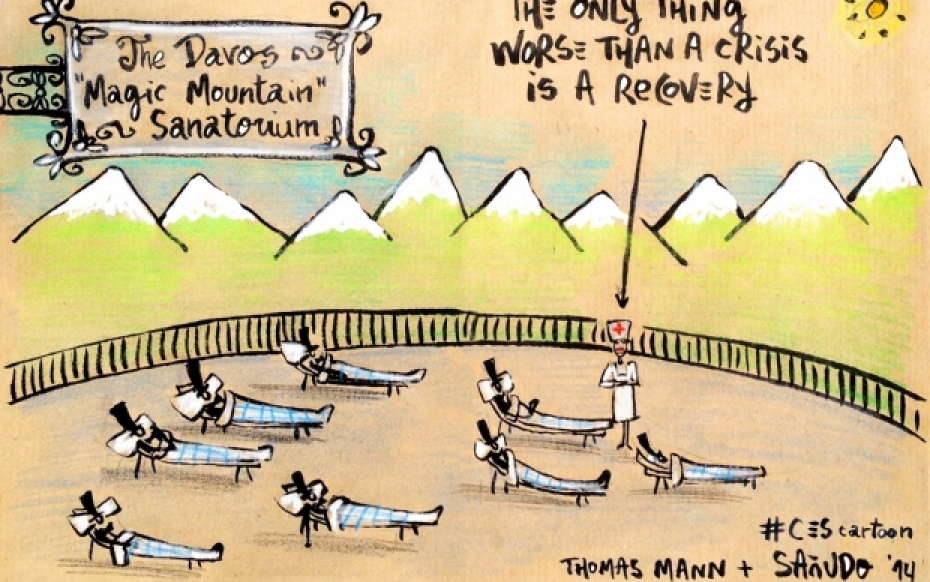 “Capitalism is not a form of spontaneous order or the embodiment of a basic structure of human rights, but one of the great constructions of the human mind”, so says David Sainsbury, former UK Minister in the Blair Government in his book “Progressive Capitalism, how to achieve economic growth, liberty and social justice” published last year by Biteback Publishing. Inevitably, the book does not fully live up to its unrealistically ambitious title, but it makes some really important points and goes beyond putting forward a critique of what wrong, but also some constructive solutions.

Capitalism will only work if politics works. Capitalism allows resources, human and material, to be constantly allocated and reallocated in a way that meets people’s needs, as they express those needs by way of the relative price they will pay for different goods and services. Without stable money in which to set those prices, the system would not work. Money is a promise. One must have a stable political system to underpin those promises if one is to have stable money. Without order and security and laws to prevent theft, fraud and unsafe products, capitalism would collapse. Again one has to have a stable political system if these requirements are to be met.

If capitalism leads to outcomes that are socially, financially or environmentally unstable, or are perceived as grossly unfair, the stable political order on which capitalism itself rests will fail.

These are some of the things that David Sainsbury tackles in this book. He points out that:

1. In 1965, the average US CEO earned 24 times as much as the average worker. But by 2007 he earned 300 times as much. That trend is not socially sustainable.
2. UK pension funds earned a 5% return on capital between 1963 and 1999. But between 2000 and 2009, they earned only 1.1% return. That’s not financially sustainable.
3. Between 1950 and 1973, the western economies grew at twice the rate they had grown during the period from 1800 to 1950. That was not economically or environmentally sustainable. But the West built welfare states during that period on the premise that the 1950-1973 growth rates were permanent.

These problems can only be tackled if the rules governing capitalism are updated. Sainsbury makes some useful suggestions.

Company law and taxation should be changed to require CEO’s to be paid on the basis of longer term goals and achievements, rather that short term share price movements. Remuneration of fund managers should be restructured to reflect a similar philosophy of long term returns and stable investment strategies. The threat of takeover, to the extent to which it incentivises pursuit of purely short term share price gains, may have to be mitigated. Firms should have incentives to use scare materials like energy, water, clean air, metals and chemicals extracted from the earth sustainably and renewably. These things cannot be done by one country acting on its own. They need to be tackled at international level, in the European Union and/or between the EU and the US.

This book may not have all the answers, but it asks all the right questions. They are questions that could usefully be tackled in the forthcoming European Elections which are, after all, the only multinational elections that take place anywhere in the world.