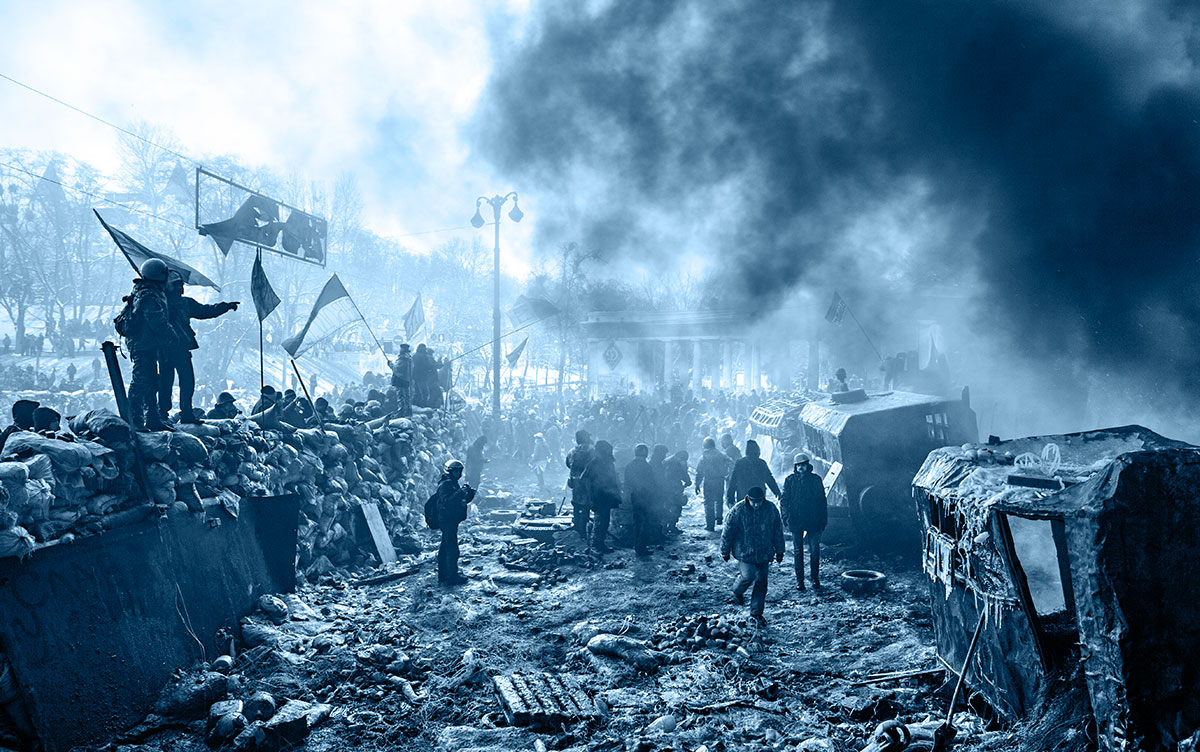 After Euromajdan, the feeling of “Ukraine fatigue” slowly creeped across the EU over the years, as the plight of the Ukrainians became increasingly less newsworthy. Today, there is growing risk that a similar fatigue will re-emerge.

That cannot happen; that must not be allowed to happen. Not now. Not after the daily sacrifices made by millions of Ukrainians in defense of fundamental European values.

After Ukrainian citizens clearly chose a pro-European path in 2014, a major window of opportunity opened for Ukraine. Love of democracy was not enough, the country needed systemic reforms in nearly all areas, and the EU readily provided expertise and financial aid. However, one thing that Western leaders did overlook was Putin’s actions in Crimea.

The illegal Russian occupation of the peninsula was the most serious breach of European sovereignty since the Second World War; unsurprisingly, more breaches were to follow. European leaders condemned Russian actions and imposed sanctions. However, this proved not to be a fundamental game-changer in EU-Russia relations. This led to the partial Russian occupation of Donbas.

Again, Western reactions were rather mild. Quickly enough, the West began referring to the situation in Donbas as “frozen” and treating it as a civil conflict, instead of calling out Russia and uniting behind a strong response to this violation of international law.

In a similar fashion, the initial support and excitement over reforms also gave place to annoyance and fatigue in the West – that felt Ukraine was not reforming fast enough. Despite these feelings, the number of reforms post-Majdan was unprecedented, with the Martens Centre offering its own contribution through the #UkraineReforms project. True, Ukraine’s reform path was still long, but only a few years after the Revolution of Dignity, the prospect of EU membership began to fade. This trend reached a point where there was no clear refence to it in the joint declarations which followed Eastern Partnership Summits. Ukraine started to be pushed down the EU’s list of priorities.

Today, a month after Russia launched a full-scale invasion of Ukraine, the same feeling of fatigue is creeping in. After the unity behind the first few rounds of sanctions, cracks are starting to appear.  While Eastern member states like Poland and Lithuania want the EU to maintain the pressure on Moscow by banning energy imports from Russia, others such as Germany are signaling their lack of willingness to go further, and instead review the effect of the sanctions imposed so far. This is exactly what Putin wants.

Decisiveness cannot give place to hesitation. The EU’s dependance on Russian oil and gas could have been scaled back in 2014; instead, Russian gas kept flowing into Europe. This cannot continue to happen in light of Putin’s war on Ukraine.

Energy is only one of the many aspects affected by the war, of course. The repercussions are multiple. From food supply, to trade, to finance, all parts of the global system are disrupted by war. In other words, by helping Ukraine, the West would be helping itself.

Most see Russia’s attack on Ukraine as something that happened on 24 February. But for Ukrainians, the attack has been ongoing for 8 years. Besides brutal military action, Ukraine must also fight Russian propaganda, which permeates not only Russian society, but European society as well. Since 2014, Russian informational influences in the occupied territories have been primarily aimed at discrediting Ukraine as a state. Additionally, the Kremlin has been strengthening ties and financing many far-right parties in Europe, who have been promoting the Russian narrative among EU citizens.

In less than four weeks of war, Russia has fired more than a thousand missiles at Ukraine and reduced entire Ukrainian cities to rubble. More than 10 million people left their homes, 3 million of which are refugees in the EU. If Western leaders maintain their current cautious approach towards Russian aggression, the world will witness a genocide of the Ukrainian people.

There cannot be fatigue in the face of violence. There cannot be hesitation in punishing the perpetrator. The West should do all it can to stop Russia and hold it accountable. This includes providing military, financial, and humanitarian aid to Ukraine, while continuing to impose stricter sanctions on Russia.

It is equally important not to link sanctions to a peace agreement. Having failed in taking Kyiv, Russia might push for a peace agreement in the style of Minsk II to disengage the West and lift sanctions, but the West must not fall into that trap. A peace agreement between Ukraine and Russia with unrealistic demands will not save Ukraine, but only delay its disintegration. Prematurely lifting sanctions will not deter Putin, but will only encourage him to go further. This war cannot be normalised and dismissed as “frozen” in the near future.

Ending this horrendous and unjustified war is the immediate priority, but once it is over, many other issues will need to be faced. At that moment, a serious and concrete membership perspective in the EU must be offered to Ukraine. 40 million people are currently making the ultimate sacrifice for freedom. It would be unacceptable to look them in the eyes and say, “Sorry, you are not Europeans now”.