From Goliath to David? 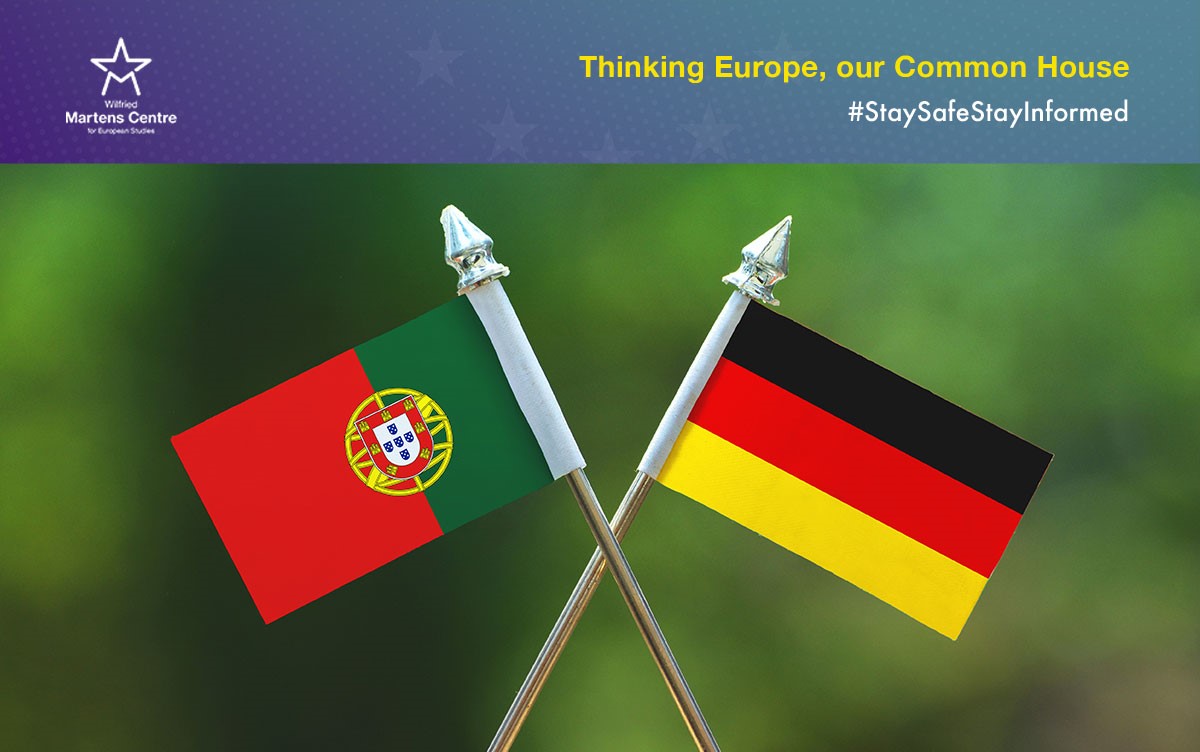 Advent has commenced; the historically black year of 2020 is coming to an end; winter is coming.

Change in the EU Council is also on the horizon: very soon, the strong, conservative leadership of Germany and Chancellor Merkel will be in the EU’s archives, and a very different country, with a very different government, will take the lead: Portugal.

From the biggest demographic and economic power of Europe, to a medium-small size, struggling economy; from the geographical heart of Europe, to one of the most remote corners of the continent; from the main conservative figure of the 21st century in the EU, to a relatively weak socialist government (in office since November 2015 as a minority government), sustained on several fronts by the Portuguese communists. The switch will be significant, there can be no doubt about it, even if the Portuguese authorities insist on a smooth transition and common-interest projects to be continued.

2020 will not be remembered for any positive reason almost anywhere on the planet; this will not be any different in Europe. COVID-19 has delivered a health, economic, and social crisis within the EU that has only amplified the fractures and structural problems of an already turbulent Union. Together with a potential ‘No-Deal’ Brexit, the fundamental issues in some Member States around the Rule of Law, the instability in our neighbourhood (Belarus, Ukraine, Turkey, Armenia, etc.), the European Union’s most fundamental principles have been challenged and put to the test, sometimes even being temporarily suspended (Schengen). Therefore, the two European Council Presidencies of the year have had a tremendous handicap to overcome in order to make any progress regarding deeper integration, economic development, or even enlargement discussions. Despite this, both Croatia (first-ever EUCO presidency for the Balkan country) and Germany (led by the ever-popular Merkel) have delivered a great amount of quality work and progress in some key fields, such as Europe’s Security and Defence Policy (Strategic Compass), or a big step towards future enlargement in the Western Balkans.

Two very different countries, with different leaderships and approaches, but within a common roadmap, vision, and political umbrella: the European People’s Party, the heart of conservative moderates of the continent. They started working long before 2020 to prepare the task they were given and, despite COVID-19 and the global collapse, they delivered, my goodness did they deliver!

Now, especially after the European ‘Goliath’, by all metrics (economic, demographic, political), we transition to a European Council leadership in the hands of a socialist minority government that took office five years ago after losing the election to a conservative alliance. This was only possible thanks to the votes of the Communist Party and rejection of any possible moderate coalition with the Portuguese conservative coalition of Portugal Ahead (PàF) and Social Democrat Party (PSD).

Portugal now has the 3rd largest debt burden of the EU, with one of the labour markets most affected by COVID-19, and a rather weak government. Therefore, the country doesn’t seem to be the ‘underdog David’ that would receive the German legacy and overshadow it with an outstanding Presidency. In any case, there are some factors that play in Portugal’s favour, which their EUCO presidency will use to advocate for this ‘David/giant-killer’ condition. Firstly, Portugal will emphasise its satisfactory management of the pandemic, especially during the 1st wave (aided by their natural geographic isolation), and secondly, benefitting from international markets, its positive economic evolution since the announcement of an available vaccine from early 2021. Portugal will probably jump into a current of strong economic recovery, progressive re-opening of all industrial European sectors, and the arrival of the first billions of euros from the EU Recovery Fund. This means that, even if once again only thanks to the great work done by the EPP-family governments and with a great amount of luck (Portugal was able to navigate the post-financial crisis very well thanks to the previous conservative government’s efforts), they will be able to work in a much more stable, optimistic, and economically promising environment.

We are all used to seeing how the European left takes credit for the hard work done by EPP governments, and this time won’t be any exception. Despite the unfairness of the whole situation, Europe could use a ‘David’ in these turbulent times. Will Portugal or Slovenia embrace that role? Let’s pray they will.