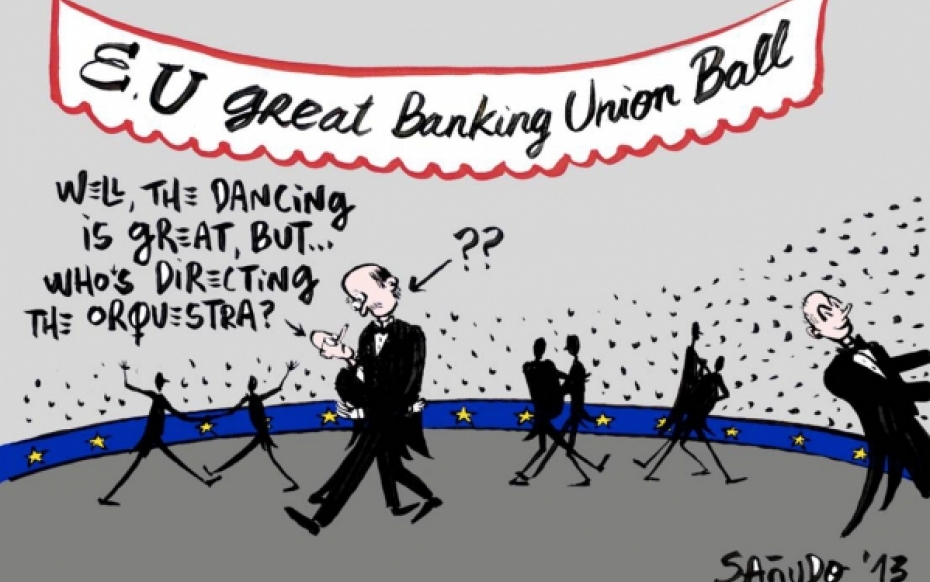 To many observers outside of Brussels the recent ratification of Banking Union by the European Parliament represents the final step in the EUs fractured response to the economic crisis. To some, the Banking Union, as is now being implemented, represents nothing more than a superfluous project which will make no practicable difference to weaker member states faced with collapsing banks in the future.

In this context, the development of the ECB as a single banking supervisor will play a key role in shaping the euro zones long term financial architecture. Although arguments continue as to the actual robustness of the forthcoming stress tests, the very existence of such a supervisory framework has already had an impact on banking operations. The raising of additional capital by many banks has been complemented by the raising of statutory capital requirements by national authorities. The ‘coco’ bond market (i.e bonds that either convert to equity or simply write down investors’ principal when a certain threshold is reached) has expanded dramatically as banks seek to absorb losses while simultaneously increasing their capital reserves.

However, an overlooked aspect of the European Parliament’s recent legislative package concerns the imposition of strict rules on high frequency traders (i.e. financial traders that use sophisticated technology to execute orders in fractions of a second). This practice has been the subject of recent controversy in the US where characterisations of these traders as ‘flash boys’ has been accompanied by serious accusations that such trading allows better access to information, thereby prejudicing traditional investors. These accusations are currently under investigation by relevant US authorities and follows the so called ‘flash crash’ in 2010 when a sudden drop in the value of the Dow Jones was at least partially attributable to high frequency trades.

The recently passed EU legislation also aims to prevent a repeat of these problems in Europe. Commissioner Barnier has noted that the recent regulations are among the strictest set of rules for high frequency trading anywhere in the world. Such rules will serve to protect the integrity of the European financial markets while maintaining the effective use of technology in financial market innovation. Combined with the coming into operation of the resolution mechanism of the Banking Union and the ‘bail-in’ concept regarding failing banks, the EU has significantly strengthened consumer (and national government) protections against collapsing financial institutions.

Financial regulation may be an overused term in the post-2008 political landscape, but the EU – through its recent regulatory package – has ensured that the mistakes of the past will stay consigned to history as Europe continues to build a stronger and more efficient regulatory environment.