Europe is doomed to succeed 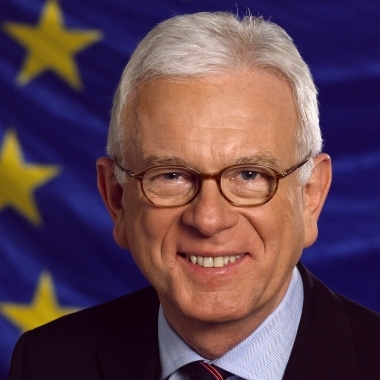 Almost everywhere in the EU we see growing doubts about the EU’s capacity to act: in many countries, populist parties are getting stronger. They reject European integration and call for a return of the nation state. The gap between high expectations and the harsh reality has undermined the public support for the European integration project. In particular, during the refugee crisis, the European Union has failed to meet expectations. But does this justify the calls for less Europe?

The terrorist attacks which struck at the heart of Europe were planned across national borders: National actions alone will not counter them effectively. International terrorism, the conflicts in our immediate vicinity which are the cause of so much instability and human suffering, and the flow of refugees are problems which no EU member state can tackle on its own. Yet, what could a European solution look like?

Despite of the different approaches taken by the member states, the refugee crisis has illustrated the need for a European Border and Coast Guard with far-reaching powers. The protection of our external borders, and consequently of the security of the whole Union, can no longer be the sole responsibility of, in some cases overburdened, national authorities.

The March 18th agreement between the EU and Turkey shows that only a united European Union, in co-operation with its neighboring countries, can find sustainable solutions. However, further steps are necessary. We urgently need a reform of the Dublin system including a fair distribution of asylum seekers among all EU member states. The same rights, duties, and rules must apply to all refugees across Europe. The further development of the European Asylum System is therefore the only viable solution. One thing remains clear: In a globalized world, in which Europe is and intends to remain an important actor, we will have to deal with the question of migration for a long time to come, irrespective of the conflict in Syria.

The numerous crises in our immediate neighborhood highlight the need for a coherent EU foreign policy. Europe should also be able to guarantee its own security – both internally and externally. Therefore, the EU has to step up its support of democratization processes, in its Eastern and Southern neighborhood. In the long term, we should aim for a common economic area with our neighbors. The common threats we face also call for an ambitious European security strategy with a vision for Europe’s role in the world. We need to strengthen the co-operation of our national military forces with the goal of joint military action. In the fight against terrorism, a better exchange of information between our intelligence services is indispensable, as well as a closer cooperation between both police and judicial authorities.

European citizens justifiably expect the Union to act faster and more flexibly in order to fulfill these goals. To this end, we first need to speed-up the decision making process in the EU by expanding majority decisions, particularly in the area of foreign and security policy. This is the only way that the Union as a whole can act efficiently without always resorting to a “coalition of the willing”. Naturally, we must also strengthen confidence among EU members. The opinion of every member state should be heard and carefully considered before taking such decisions. Secondly, the EU should be able to expand its own resources, as to be more flexible in the prevention and management of future crises. In the long term, the European Union should not limit itself to mere crises responses. Rather, it should claim its position in shaping global developments and demonstrate leadership in its immediate neighborhood.

The basis for this is a unified EU: the division into East and West, North and South which we are currently witnessing, presents a danger to us all. It is therefore of utmost importance that the United Kingdom remains a part of the European Union. And we should never forget that it is our common European Union values that connect us: human dignity, freedom, democracy, peace, and the rule of law. We should not waste our energy focusing on our divisions, but to concentrate on making Europe, “the community of destiny”, work again. We have no doubt that Europe can succeed in this.

[This article was originally published in Komentare]