European integration in the 2020s: Standing in Unity, Respecting Diversity?

Registration starts at 12:45 with lunch. The event will be livestreamed here and on YouTube.

Since the eurozone crisis of 2009, the future of Europe has been framed as a choice between more or less Europe, between the competing visions of EU federalists and populist nationalists. Based on 4 extensive surveys run in partnership with global research agency Glocalities, a new Martens Centre paper demonstrates that this polarity is increasingly at odds with citizens’ perceptions. European policy attitudes are characterised by a great diversity of viewpoints rooted in different values and national interests. This diversity must be respected and taken seriously.

However, there is also a growing consensus about the need for a united European response to common external threats such as Russian aggression, climate change and the geopolitical conflicts affecting our economic and values systems. In a world adrift, the flag around which we rally is increasingly becoming European.

What are citizens’ fears and expectations concerning the future of the European economy and of joint climate action? What about citizens’ preferences about our common security and defense as well as their understanding of European values? And how should political leaders at the national and European level follow-up to the Conference on the Future of Europe and reform the EU in the next few years? 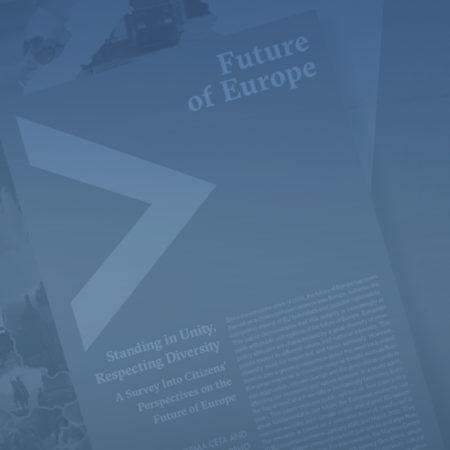