Brexit: consequences for the relations between the West and Russia 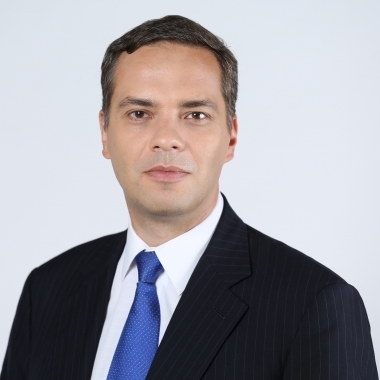 One of the questions frequently raised after the devastating Brexit vote is on the consequences for the relations between the West and Russia. Vladimir Putin must clearly benefit from the loosening ties between Western powers and the disarray now evident in Europe’s own house.

The situation, however, is not as simple as it may seem, and this new dawn delivers new opportunities for the united European project, which were previously unheard of.

First of all, something that’s evident for most, except the 17 million British who voted “Leave”, Britain will face dire economic consequences. The nation’s trade deficit is at a record high, and about two thirds of it comes from trade with the EU. UK businesses face huge losses from changes in trade rules.

Apart from economics, there’s politics: let’s not rush to make judgments as to whether Scotland, Northern Ireland or Gibraltar may really leave the UK, but there are clear cracks emerging in the British empire with the EU acting as a major center of gravity. It’s quite clear that the “Leave” camp has problems both with its leadership and with viable agenda going forward. The ruling UK conservative party is divided on the Brexit issue. By the time the Conservative party chooses a new Prime Minister in October, the country may well have spiralled into a political mess.

The EU should waste no time in utilising this as a case in point for all the Eurosceptics: a sort of ‘look what happens when you quit’. This is where you’re heading.. The alternative: an incomparably successful project that brought so much freedom, prosperity, market integration and opportunities to its people. The European Union.

As a pro-European outsider, I can’t help but express my regret that EU is so “undersold” globally as a success story. The EU is always portrayed as a bunch of boring bureaucrats who “were never elected” but always want to regulate everything. As a matter of fact, it’s the contrary: EU leaders are elected directly by the European Parliament in a more democratic manner that a lot of European Governments are.

In recent years, the EU has undertaken a globally unprecedented effort to create a common space of freedom, market integration and liberalisation. Contrary to claims by those who label Eurocrats as people thirsty to regulate everything, it was Brussels which pushed forward liberalisation, meeting resistance from national governments and elites (The third energy package is just one example, and it works.). However, Brussels clearly has an image problem, which has been played against itself in the UK campaign, and which should be fixed.

If a United Europe succeeds in seizing the momentum of this opportunity that has opened after the UK referendum, then it has a chance to strengthen the joint European project and take it to new heights. And this challenge in itself is good: Europe rested long enough on the comfortable remains of the Berlin Wall, which is already history – new times are coming.

However, if the EU fails, and the momentum is seized by Eurosceptics – that’s when the global retrograde movement represented by Vladimir Putin and others will truly win. Make no mistake: Putin leads a systemic anti-European revisionist project (and he has a name for it: Eurasianism) whose aim is to dismantle democratic institutions and market freedoms wherever possible. These have already been dismantled in Eurasia, territory under Putin’s influence, and Ukraine, in this case, is just one of the battlegrounds, where people stood against being trampled under Putin’s feet.

If the EU weakens as a result of the UK referendum, Putin will have a much greater space in which to operate – diminished Western unity against Putin’s neo-autocratic offensive at Europe’s Eastern frontiers, emerging “illiberal democracies” replacing yesterday’s democratic states, divided nations, markets, etc. – all left for the taking by that rising non-democratic force in the East.

Despite Putin gaining tactical success, this now lies in the hands of Europe – it shall reassure those who want to resist the advance of resurgent authoritarianism and XIX century politics. Brexit, in this regard, is not only a challenge – it also offers a lot of opportunity to strengthen the united European project and push back Euroscepticism. It will require good leadership and a great deal of saving face, but let’s not waste this opportunity.