Back to the Future? EU Membership Ambitions Stuck in Time 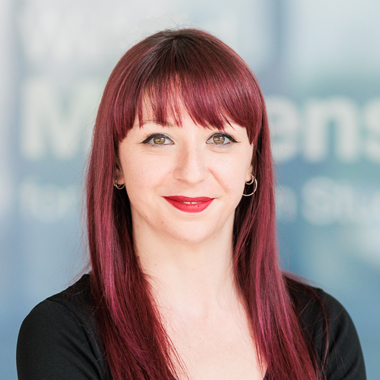 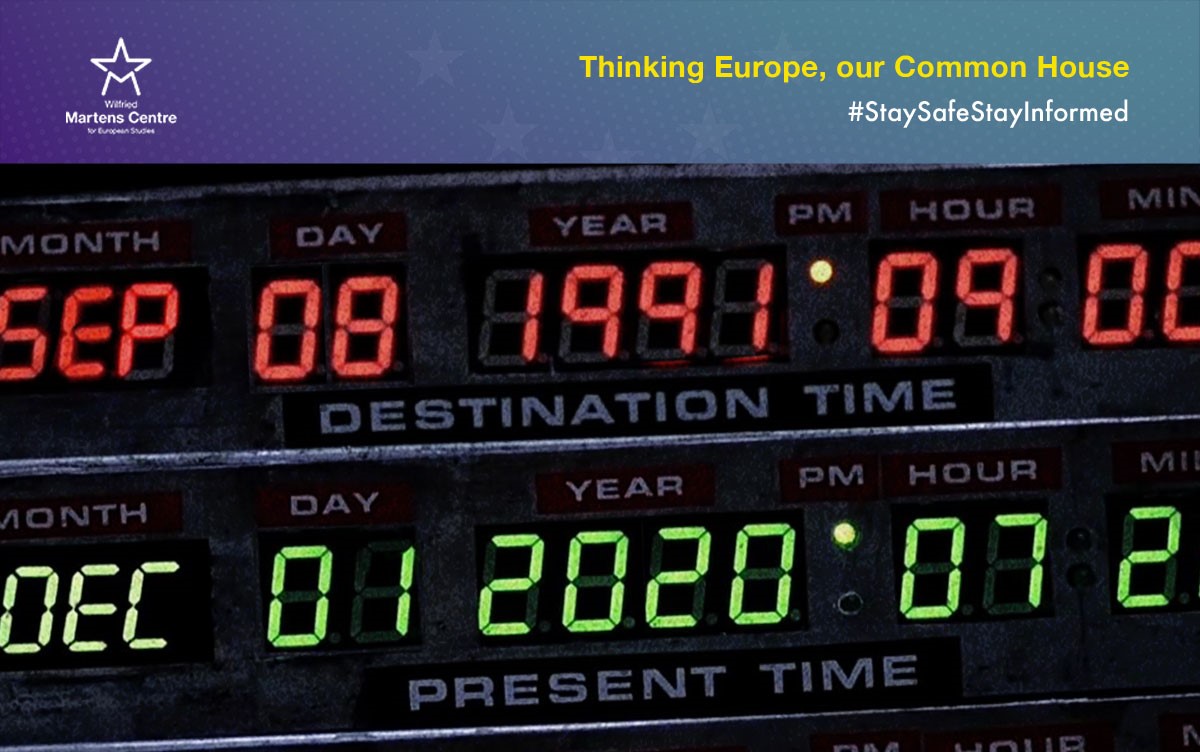 When Marty played Chuck Berry’s “Johnny B. Goode” at the end of the cult film “Back to the Future”, he was surprised to see the crowd’s confused and resentful faces. In that moment, he realised that he’d played a rock’n’roll song just a bit too modern for a 1955 audience, and he said “I guess you guys aren’t ready for that yet. But your kids are gonna love it.”

That scene reminded me of the EU Enlargement policy towards the countries of the Western Balkans, almost 30 years after the dissolution of Yugoslavia and the promise to all countries from the region to be part of the EU.

As Chuck Berry sang, “his mother told him – someday you will be a man…maybe someday your name will be in the lights, saying Johnny B. Goode tonight”. This year, those dreams went one step further for North Macedonia in March, with the European Council’s green light to begin accession negotiations, before being crushed once again. Like a déjà-vu, it was a neighbour who brought such poor news, this time Bulgaria through its use of a veto on the EU’s decision to open negotiations with the country.

Bulgarian objections over North Macedonia entering the negotiation process have little (nothing) to do with the objective, normative criteria imposed by the EU for the country’s preparedness for this process. The objections are instead of a historical, identity nature. Namely, Bulgaria claims that the origins of the Macedonian nation are Bulgarian, and the Macedonian language is actually a Bulgarian dialect. Also, the demands are that this is officially acknowledged by the state, along with a renunciation of any claims that there is a separate Macedonian minority in Bulgaria. The two countries signed a Treaty of Friendship Good-neighbourliness and Cooperation in 2017, which does not contain any of the aforementioned demands, but they were being adopted in the Bulgarian Parliament as part of a declaration after the signing of the bilateral agreement. Bulgaria also pushes towards these demands and a roadmap for the implementation for the Friendship Agreement to be incorporated in the negotiating framework, which would require an additional chapter in the framework, Number 35.

“This is heavy!” – Marty says this multiple times in the trilogy.

After 28 years, North Macedonia and Greece in 2019 managed to close a long-standing dispute over the country’s name. The process was painful, but necessary for North Macedonia to pave the road towards becoming a NATO member (which happened in March 2020) and an EU member (who knows when?!). The paradox of these two disputes is that the Greeks were very persistent on wanting to prove that there is no connection between the nations, that they are separate, the language they speak, that the cultural and historical background is different. Now, Bulgarians want to prove the opposite, that “we’re all the same”. The declared commitment of Bulgaria to have a role as a regional leader and supporter to the countries of the WB to join the EU has shifted into its purely national interest against the good neighbourly relations and EU values and principles.

The real problem here is that the EU remains powerless to overcome this stands still and deflect the Bulgarian attempt to frame this as an EU issue, not just a Bulgarian issue. The veto is a threat on multiple fronts: to North Macedonia’s EU integration, to the stability of the region, and to the EU’s credibility to fulfil their promises towards the Western Balkans region. With an open dispute and dialogue between Belgrade and Prishtina over the Kosovo issue, the EU is further weakening its position in the region as a credible partner, pulling away from its interests in the Western Balkans.

For North Macedonia, it’s unacceptable to be forced into making concessions in this respect. The historical committee[1] created to find facts on the shared history between North Macedonia and Bulgaria was supposed to work towards building trust, and has so far failed in that endeavour. Furthermore, the Prespa Agreement, which concluded the dispute with Greece, is based on the promise of the country’s EU accession[2]. Having no prospect of this ever happening would freeze or shake the implementation of that agreement, which could lead to destabilisation in the relations between North Macedonia and Greece – another threat to regional stability.  Unfortunately, it’s very likely that this will increase nationalist rhetoric on both sides, which is “the good old Balkan recipe” for neighbourly relations.

In conclusion, it’s unlikely that the veto could be lifted before the end of the year. Many harsh statements have been made, and apparently there is no goodwill for constructive talks or negotiations now. But what is of absolute necessity is that the European Commission, the European Council majority, but also the Presidency of the Council should persuade its member to pull back from the hostile narrative towards its neighbour and instead be constructive about the envisioned enlargement policy of the Union. And then Marty could say “Great Scott!”.

The blog expresses the personal opinion of the author and is a part of the Road to Warsaw Security Forum: Western Balkans Program

[1] The Joint Committee of Historical and Educational Issues of North Macedonia-Bulgaria is formed within the Treaty of Friendship Good-neighbourliness and Cooperation and aims to decide on the joint celebration of personalities and events in the two nations’ common history, helping to overcome various interpretations.

[2] The Prespa Agreement ended the 29-year dispute over the name Macedonia between Greece and North Macedonia, which was a pre-condition for the latter country to be unblocked on its path towards EU membership.