Weeding out Fake News: An Approach to Social Media Regulation

Social media are becoming the dominant source of information for significant parts of our societies. There are numerous positive aspects of these media, such as their ability to mobilise for a political cause and how they enable greater and quicker flows of ideas across societies.

This paper focuses on those aspects of social media that negatively affect the public debate, such as the spreading of fake news and the creation of ‘echo chambers’ of like-minded users who become isolated from alternative opinions. The paper proposes that social media platforms should be considered media companies and that they should be regulated by modified versions of existing press laws, adapted to suit the new technology.

The creation of a ‘notice and correct’ procedure, as it is tentatively called, would provide an effective tool to stop lies from spreading, allowing affected parties, public or private, to protect their rights. By making the social media platforms jointly responsible for the content they publish, governments would create the right incentives for companies to adapt their business models and modify the construction of their algorithms and policies.

The paper outlines how such a procedure could function without constricting the freedom of speech. Finally, the paper stresses the improvement of e-literacy as an additional, viable and long-term solution to the problem of fake news. 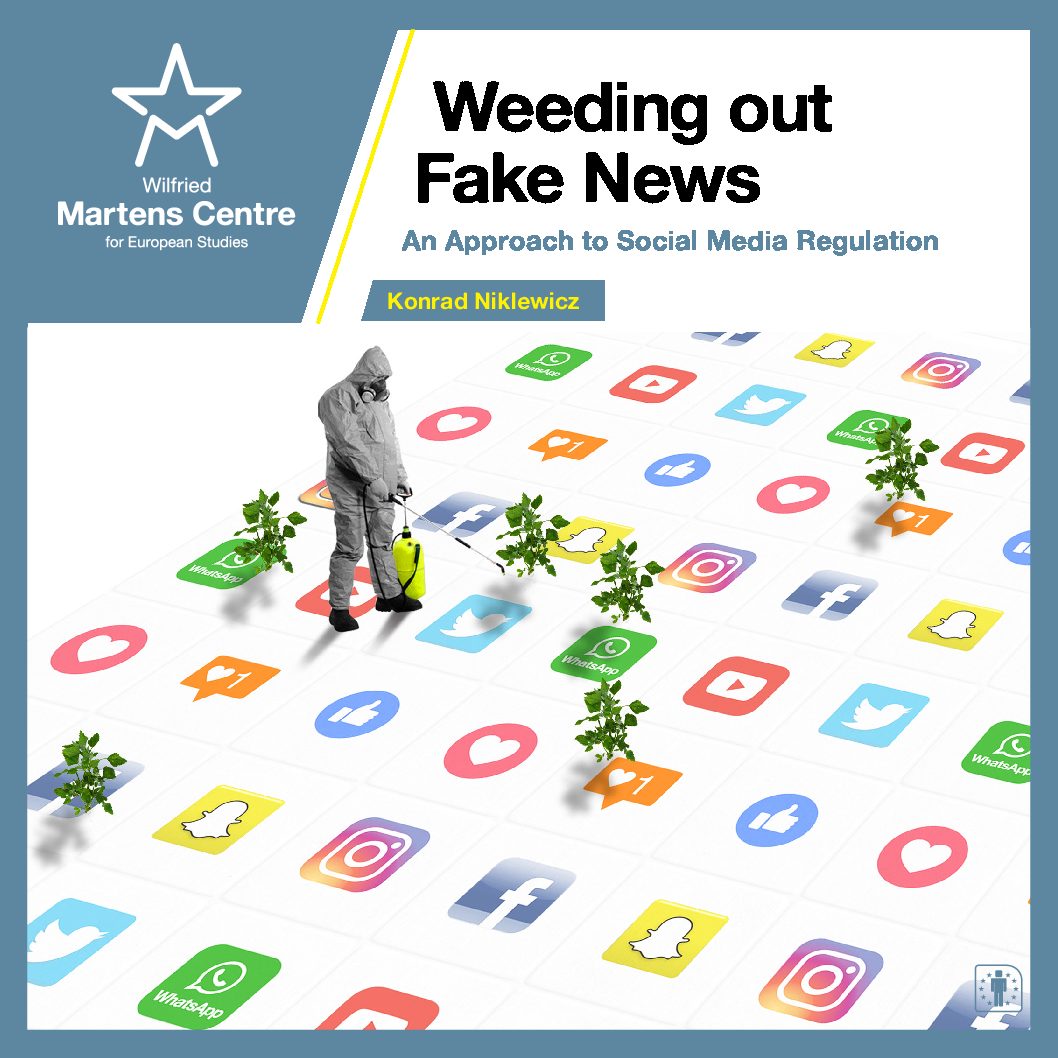